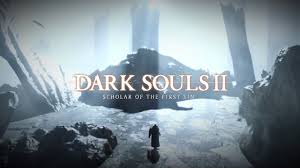 This is a restricted product and it CANNOT be activated and played in Japan.

After payment of the order, the system automatically (without us) instantly send you
mail a link to access the official activation key of the game Dark Souls II: Scholar of the First Sin

Activation:
- If you do not set the Steam client, download and install it
- Log in to your Steam account or register a new one if you do not already have it.
- Select "Activate via Steam ..." under "Games", or click "Add Game" in
the lower left corner of the application and select it "Activate via Steam ...».
- Enter activation key. After that the game will appear in the "Library" section, and you can download it

The unique action role-playing in the spirit of the old school captured the imagination of players around the world
thanks to the incredible complexity and stunning emotions that he gave to the players.

In Dark Souls II celebrated the complexity and exciting innovation of the original move in
a single and a multiplayer game.

Features:
• Prepare to die ... again. Have the courage to experience the full strength
games in the huge world, built on a completely new engine that allows you to view the schedule,
sound and special effects to a new level
• Labyrinth monsters and bosses. Immerse yourself in a breathtaking environment with new terrifying
monsters and deadly bosses that could appear only in the imagination of the team
from software.
• Attack on sensory perception. All your feelings and phobias will target a range of threats,
including auditory hallucinations, dizziness, vertigo, and so on. d.
• Deeper and darker. More sophisticated customization options allow you to pick up weapons and armor for the player style.
• The evolution of the network game. Update multi-user systems - is to improve the interaction between
players and a step forward in the co-operative and competitive play.
• Beyond death. Features Dark Souls II are smooth animation for motion capture technology,
improved combat system, greatly expand the list of characters, deeper customization options,
new weapons, armor and abilities, as well as a balanced system of player progress.

!!! Thank you for your purchase! We will be glad if you become our regular customer

Left you a review of the acquisition of goods is very important for us !!!