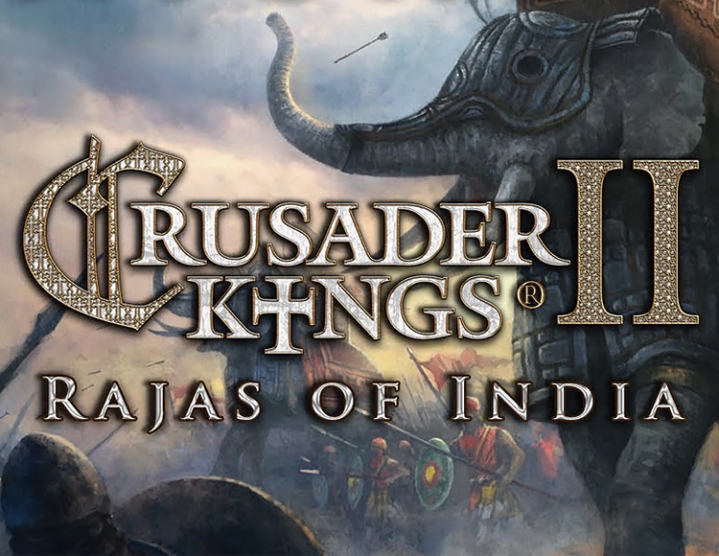 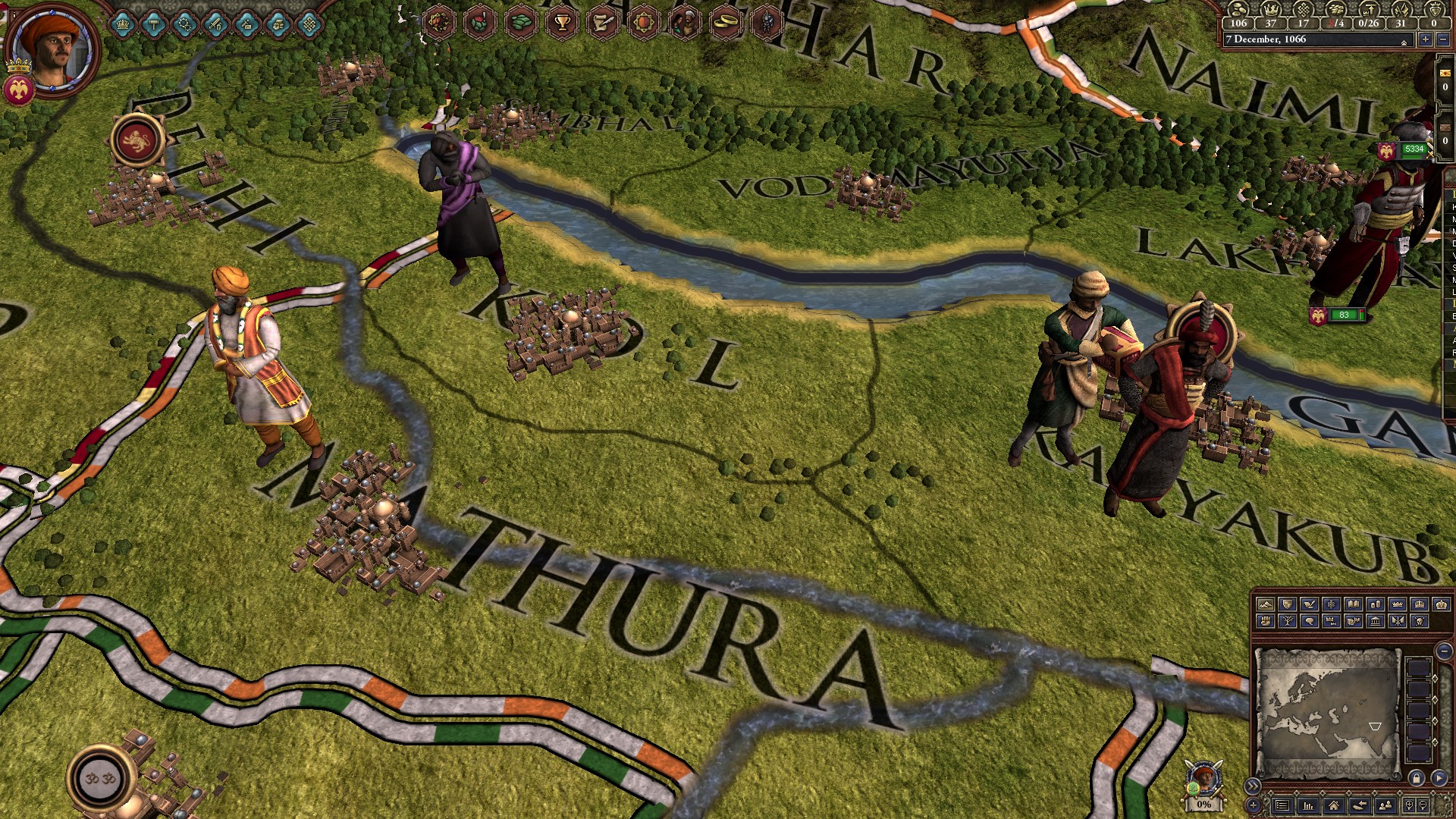 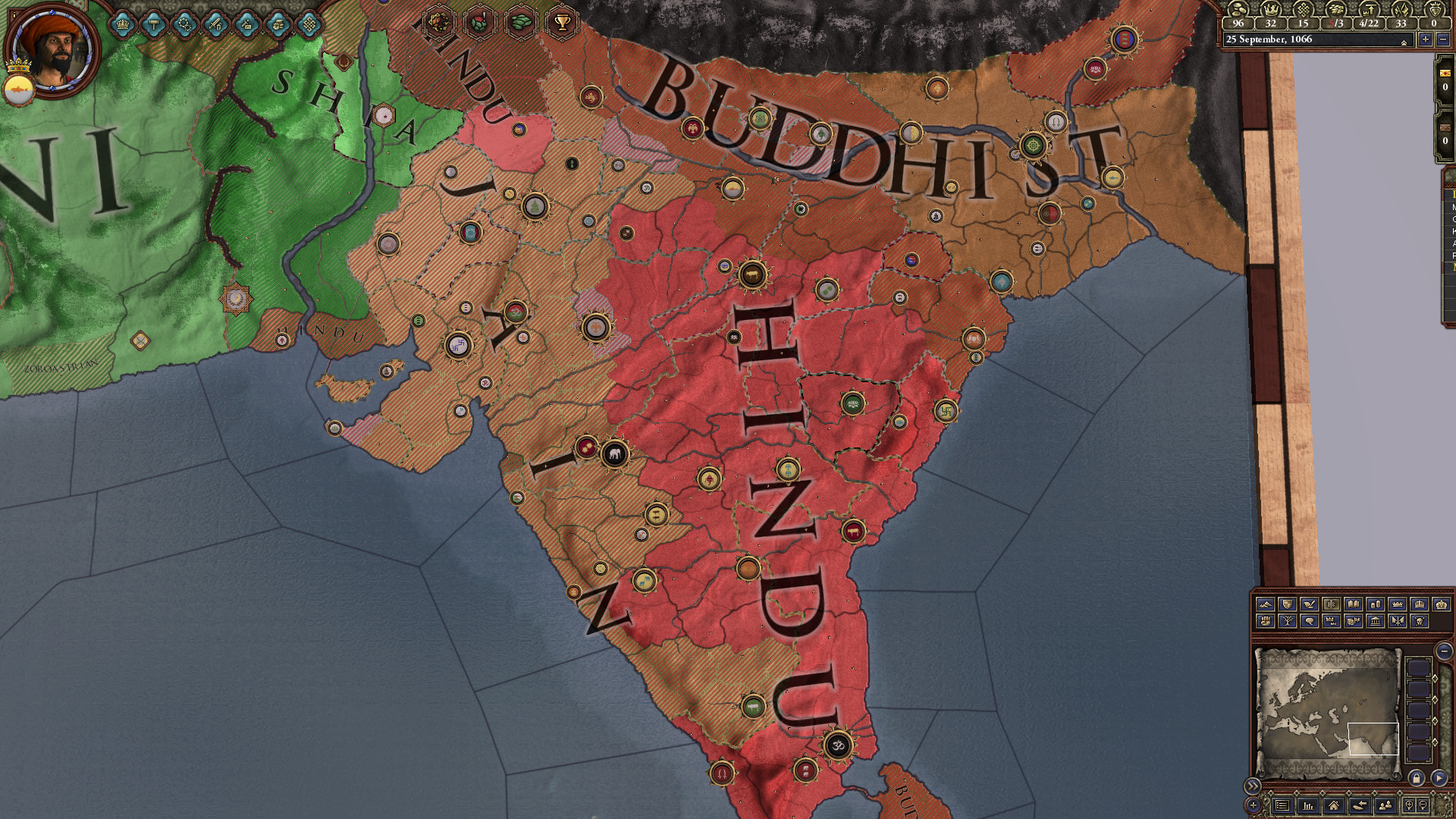 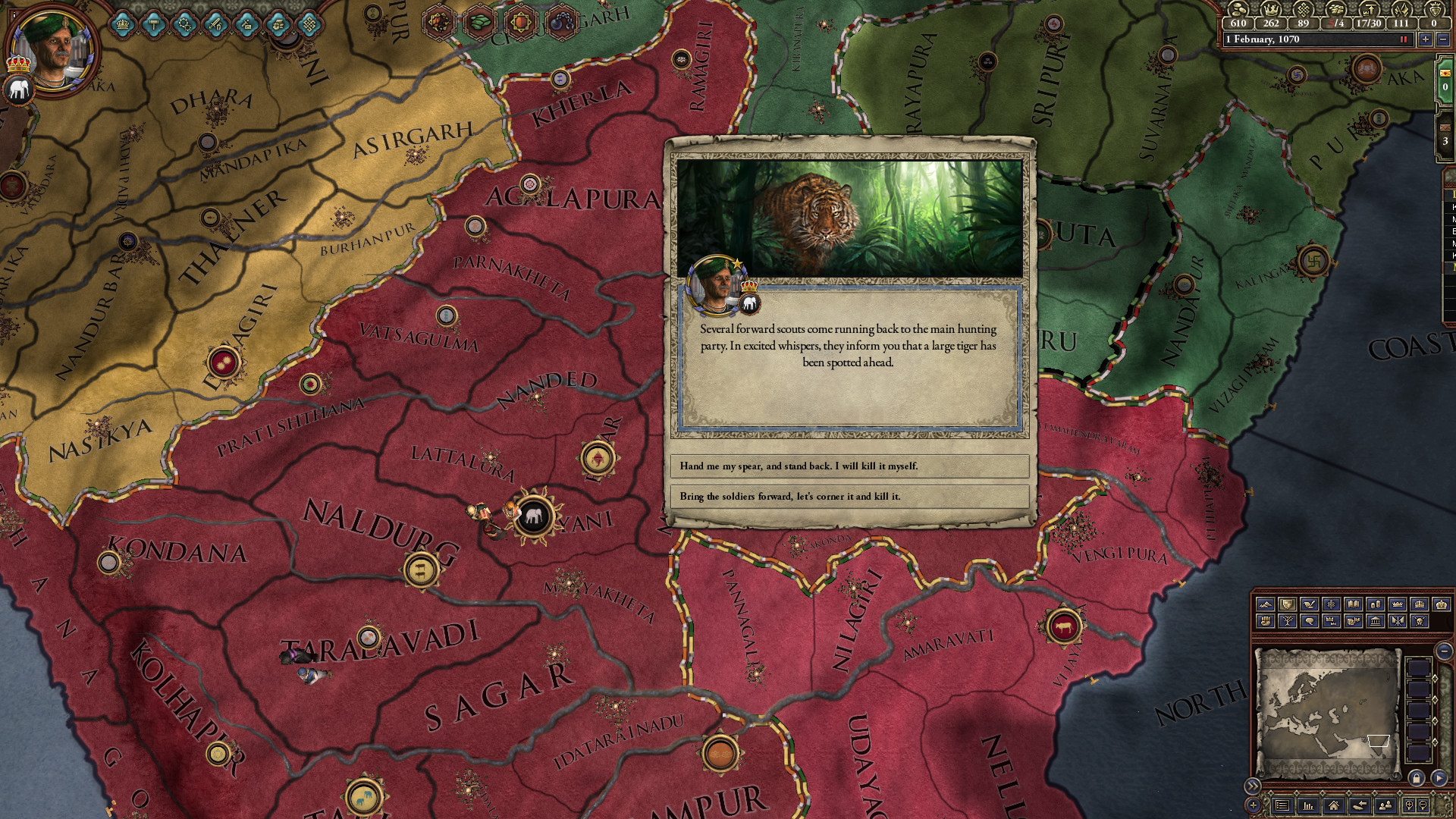 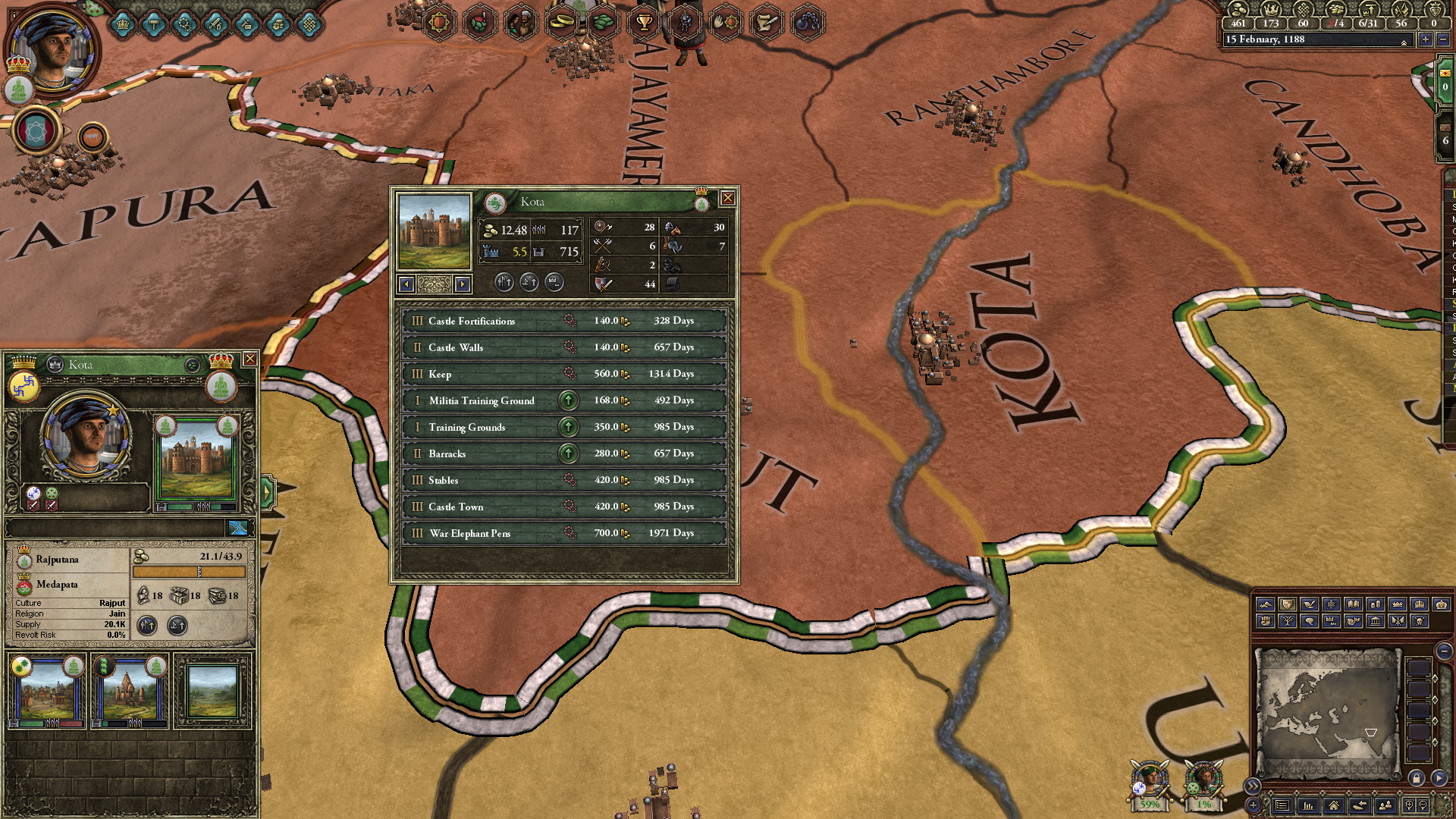 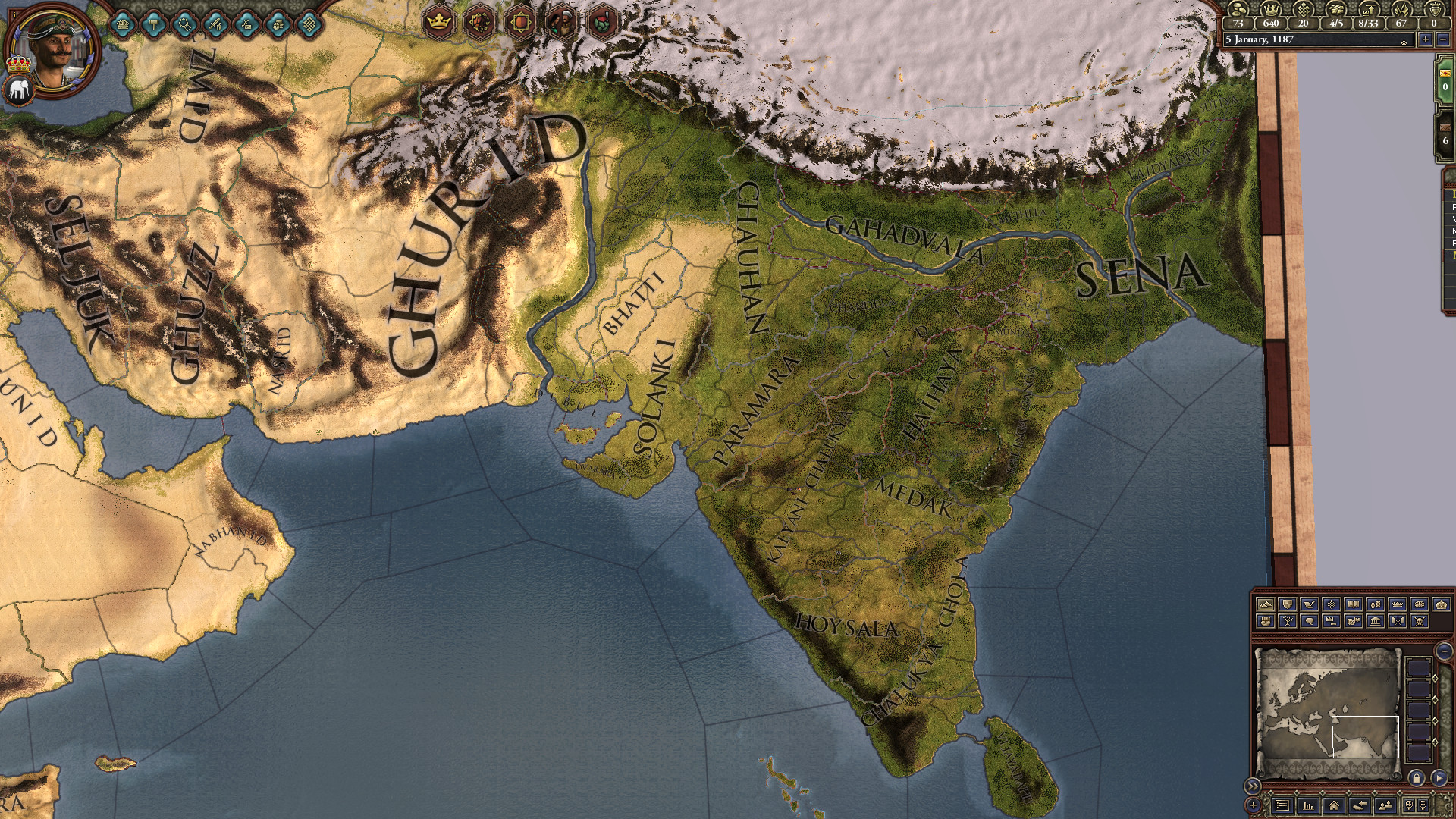 Description:
Attention! To activate the key, you need the original version of Crusader Kings II Get out of the ashes of shocks and anarchy to rule the land, broken into small feudal possessions. It´s time to gain power. It´s time to find greatness! Crusader Kings II: Rajas of India is the sixth addition to the critically acclaimed Crusader Kings II strategy. The supplement extends the game map to the east, covers the entire Indian subcontinent and allows you to play as a Hindu, Buddhist and Jainist ruler. Can you protect Dharma from foreign invaders and bring order to the subcontinent? Crusader Kings II reveals one of the defining moments of world history in the action, directed by Paradox Development Studio, masters of the global strategy. Medieval Europe comes to life in this legendary game of knights, conspiracies and thrones. Features: The Rajas of India expansion card covers twice the area of ??the main game map.
Play as an Indian ruler. You will find a new and rather unusual style of play. Start your story from 867 n. e. (with the addition of The Old Gods) or from anywhere between 1066 and 1337 years.
Three new unique religions - Buddhism, Jainism and Hinduism, each with its own characteristics.
The caste system.
Unique Indian events.
Elephants and the jungle.
Hundreds of new provinces, including Central Asia and much of Siberia.
New interface design.
Indian characters get a unique set of shirts and costumes.
Support for Steam MP Matchmaking and Steam Workshop.