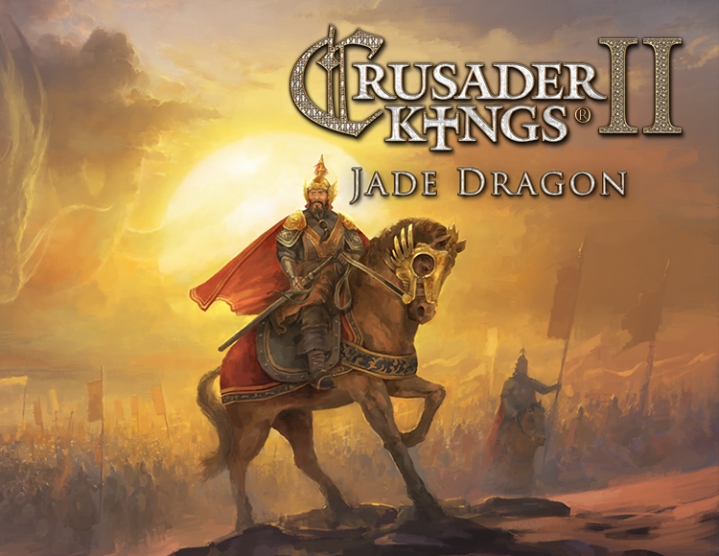 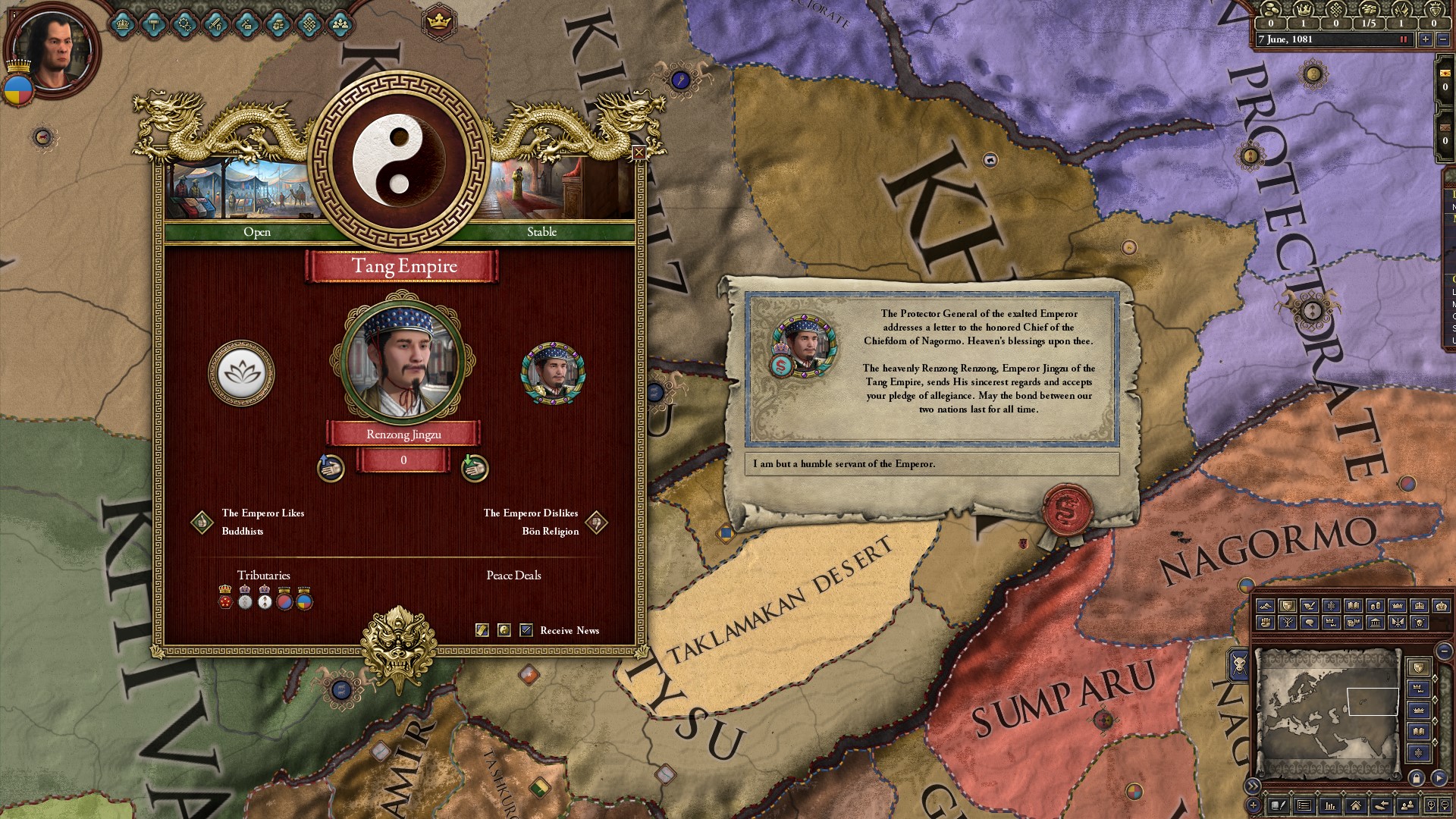 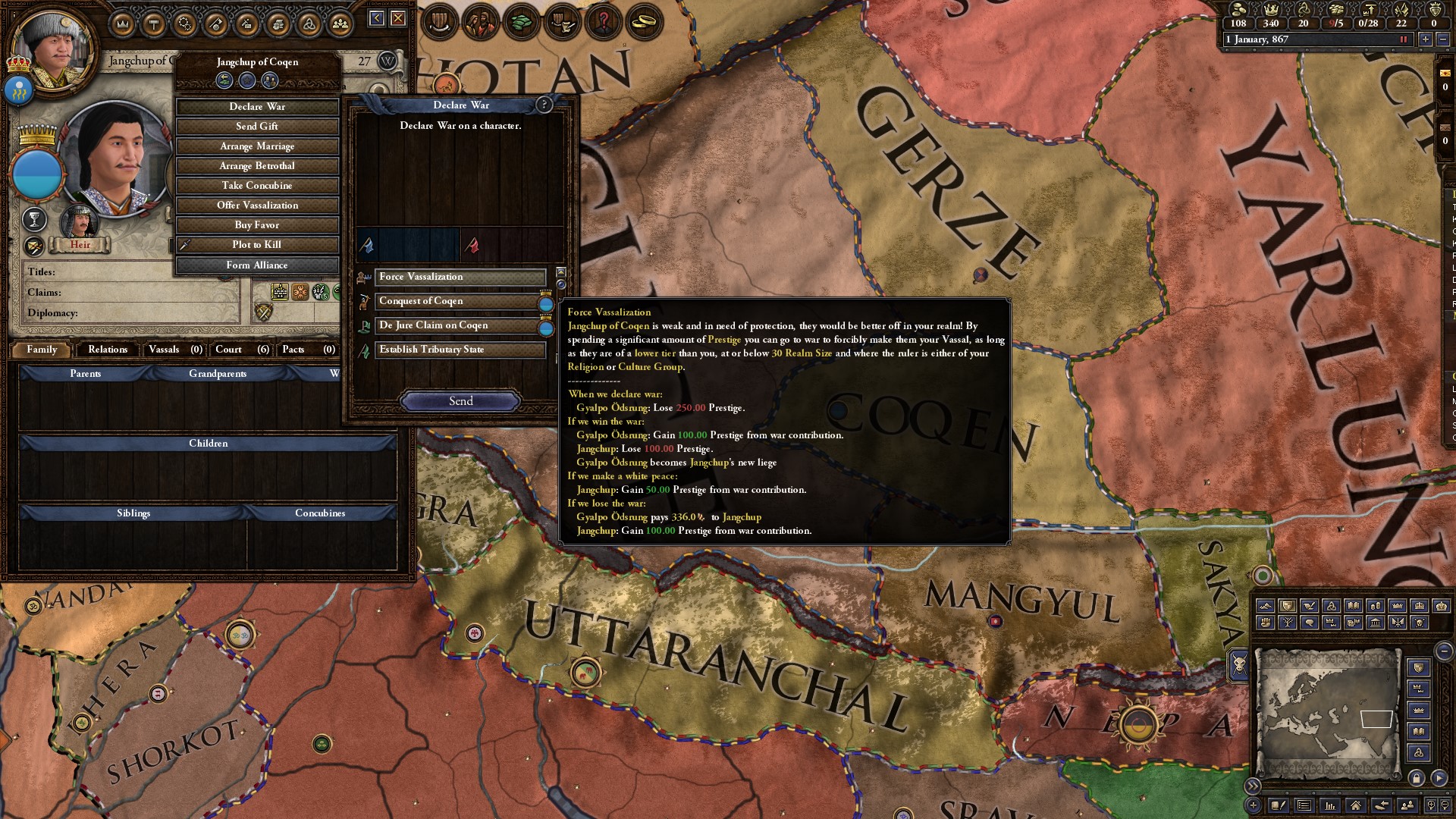 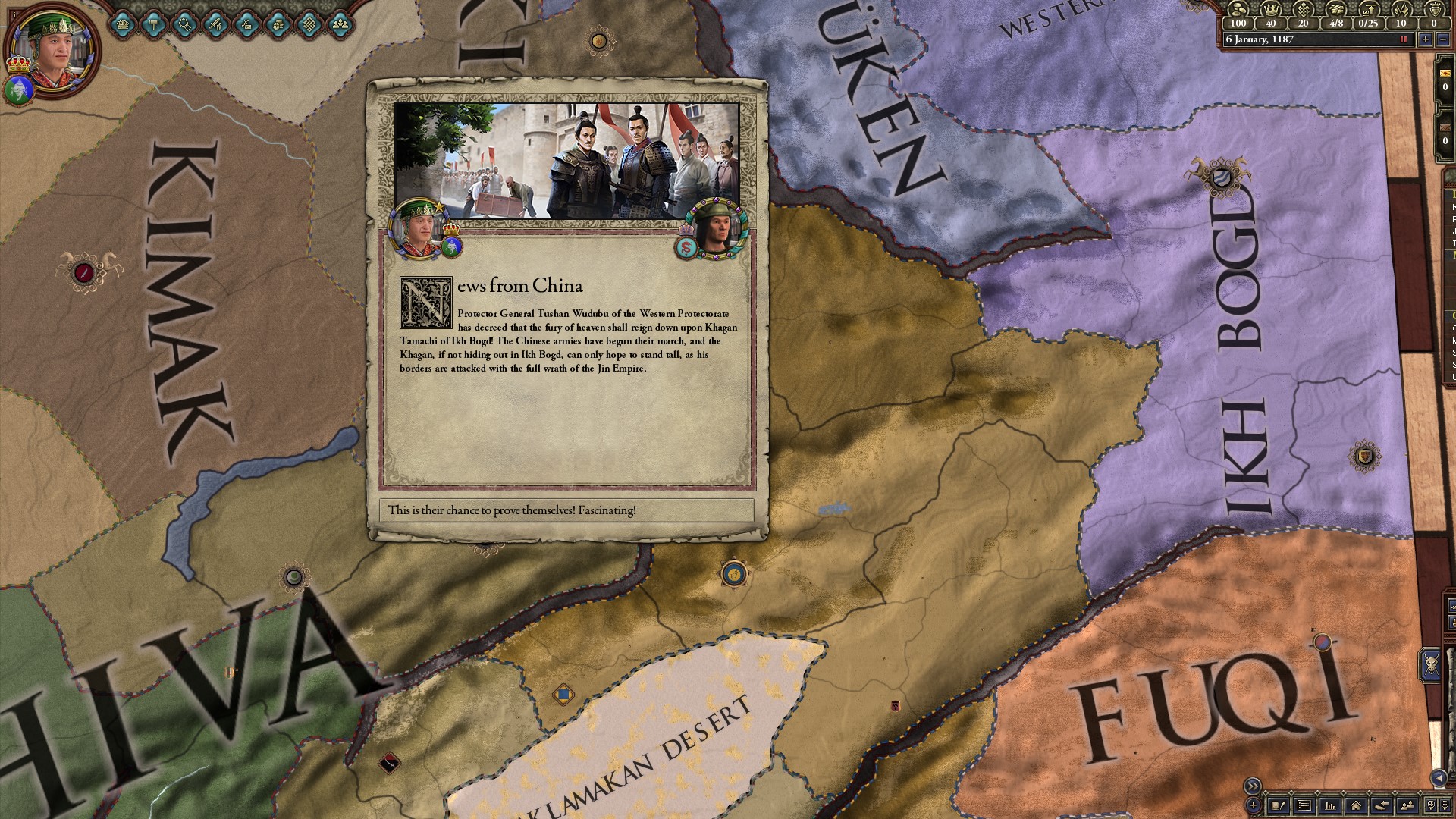 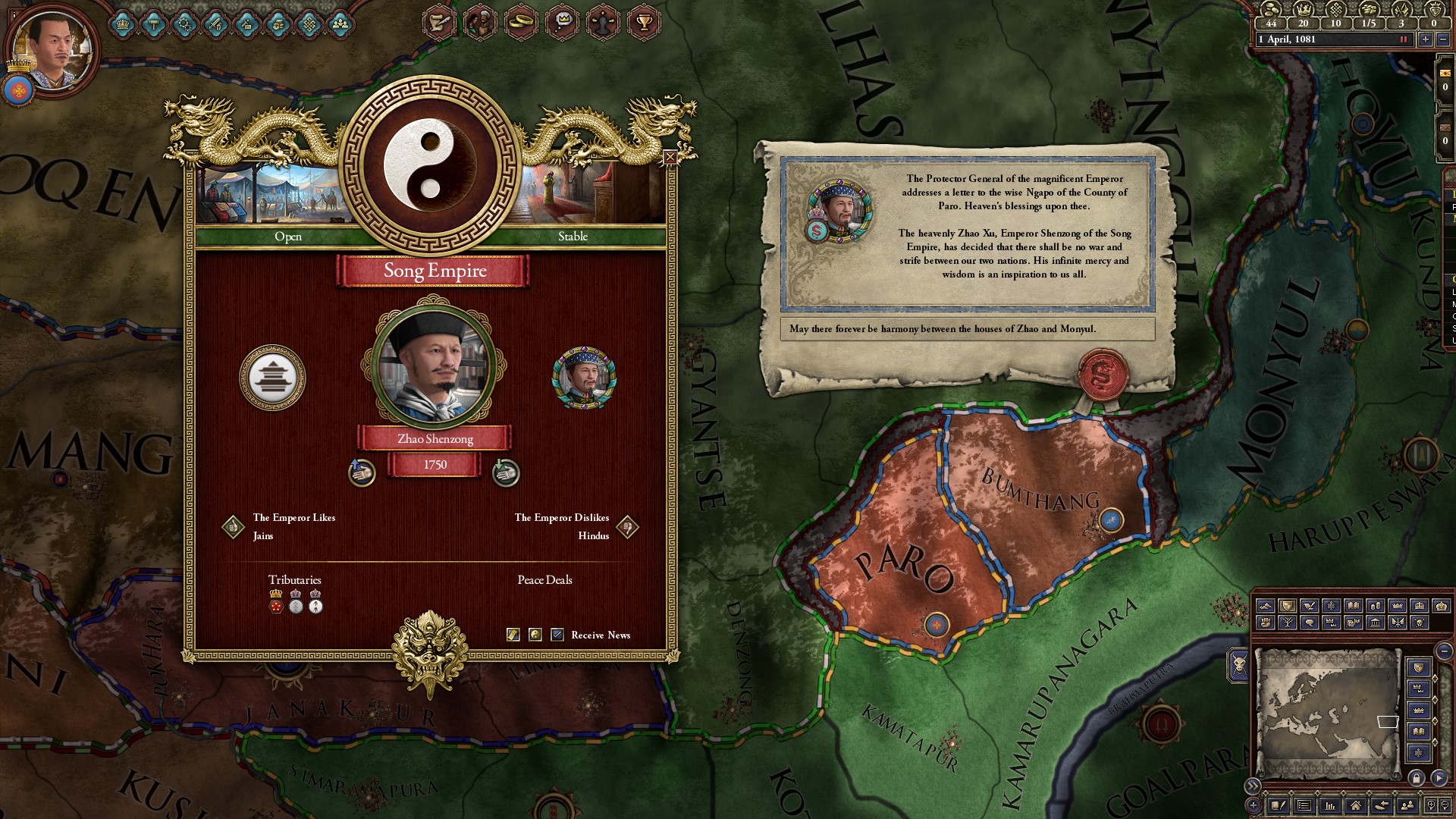 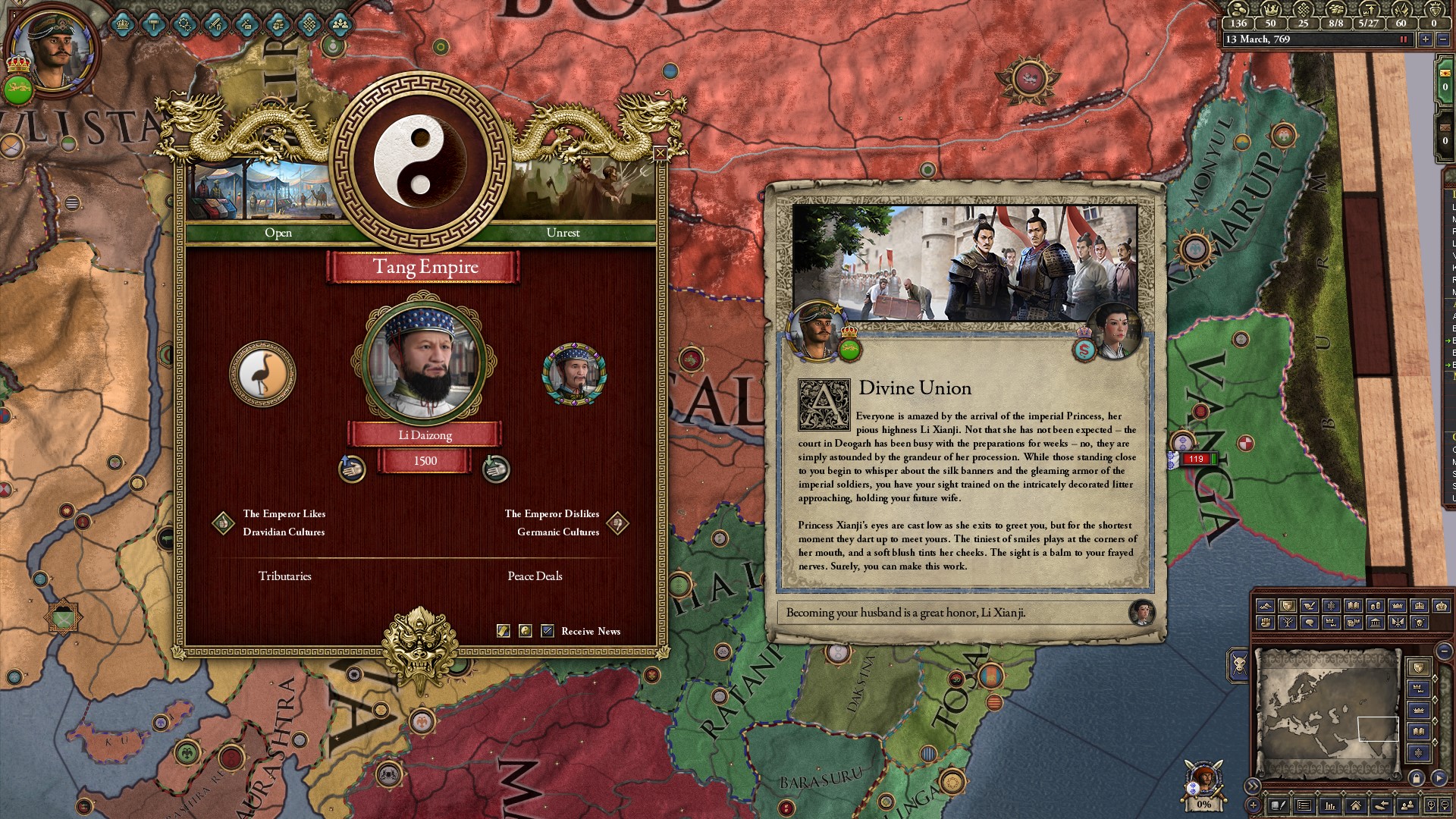 Description:
Attention! The launch requires the presence of the game Crusader Kings II.
Completing the Jade Dragon gives you the opportunity to interact with China for protection and technical achievements. You can incur the wrath of the Chinese insurgents or even provoke a full-scale invasion. New game features include a new Tributary system, Chinese mercenaries and much more. Transoxania and India are filled with surprises and unexpected tests, even for a hardened tyrant. Leave the Emperor with gifts of gold or concubines. Arrange the mighty prince to himself. Stay in good relations with his marshals at your borders. Key Features: The whims of Imperial Majesty: The new "Chinese screen" shows the status and desires of the Emperor, allowing you to monitor his desires and incline to his side.Contemplate the first time: Obey the emperor by paying tribute . Always watch the decline of the emperor´s power so that you have time to break free. Trophies and the East: Collect wonderful new Chinese artifacts and learn a new trading system on the Silk Road that regulates profits based on stability in China. Chinese Charter: New Chinese and Tibetan portraits, as well as Chinese units will revive the empire. Eight new reasons for the war: They will never be enough.