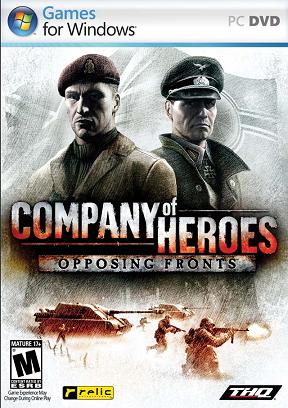 Uploaded: 30.11.2019
Content: Company_of_Heroes_Opposing_Fronts_93.txt 0,24 kB
Loyalty discount! If the total amount of your purchases from the seller GameCod more than:
If you want to know your discount rate, please provide your email:


Every second buyer (in random order) of all our products who left a positive review gets one of more than 40 different games for Steam. Which one? You will find out about this when you receive your GIFT by mail.
It can be activated on Steam.

To receive a gift you need:
1) Buy a game from us
2) Leave a positive review with the comment "I want a gift" and indicate your E-mail in it
3) Expect.

Gift distribution is done within 48 hours after writing a comment.
Attention!! By submitting a review - you guarantee that you have read all the conditions for the Gift and if something is not clear - you asked.

ATTENTION! The key CANNOT be activated in Origin.

Opposing Fronts - an independent addition to the well-known real-time strategy will take you back to the Second World War. This time, you will command the 2nd British Army in the heroic Battle of Caen in France and the elite armored forces of Germany during the largest Allied airborne operation in history.

Game features:
- Two new armies - 2nd British and Elite German Armored Forces: each has its own system of orders and unit upgrades.
- Two campaigns based on historical events - the battle for the French city of Caen and the Allied airborne operation called Market Garden.
- Plausible duration of missions, dynamically changing weather, improved tactics of using combat vehicles and much more - all so that you can feel like a participant in a real war.
- New multiplayer features: Combine Company of Heroes ™: Opposing Fronts ™ with the original Company of Heroes and get four armies to play online. Unite British artillery and American armored forces to defeat the Third Reich, or use Wehrmacht and elite armored forces to launch a lightning offensive and stop the Allied invasion.


Instructions for activation key in Steam:

3. Download and then run a full installation and play.


The easiest option to take a friends license disk with the game or download any torrent tracker license an image, set the game to him, and when prompted enter the code purchased from us the key.