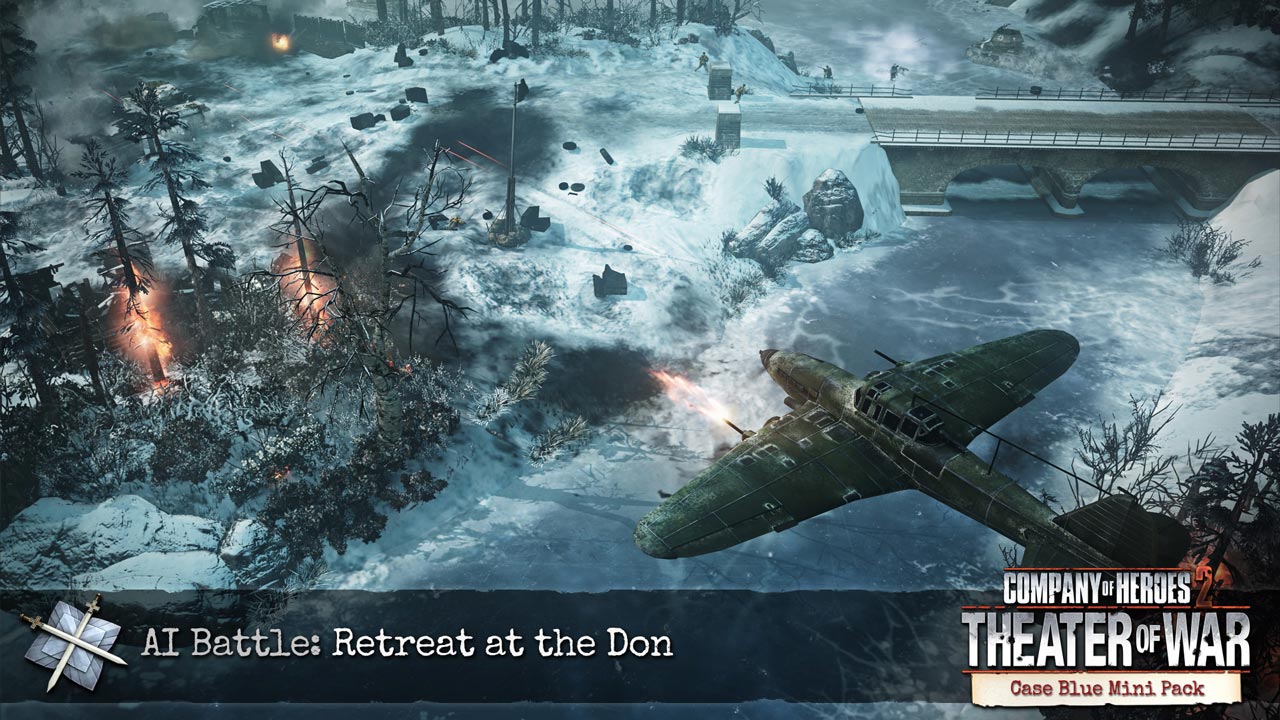 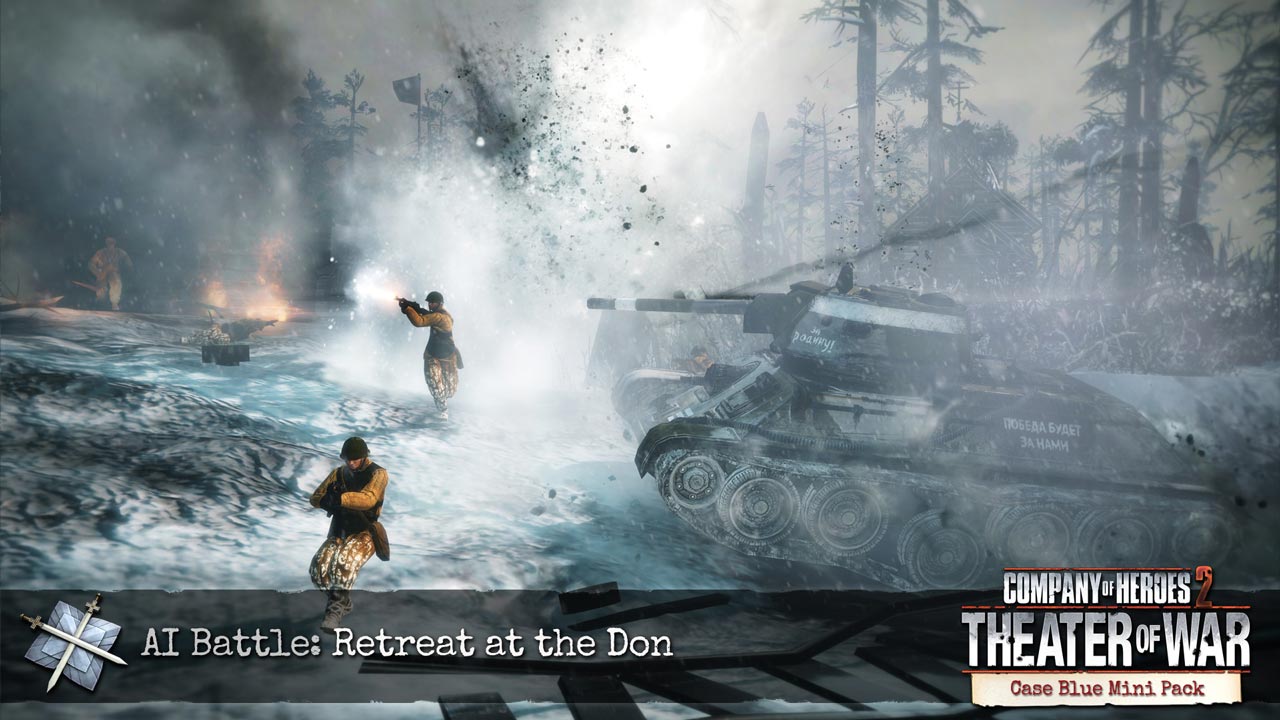 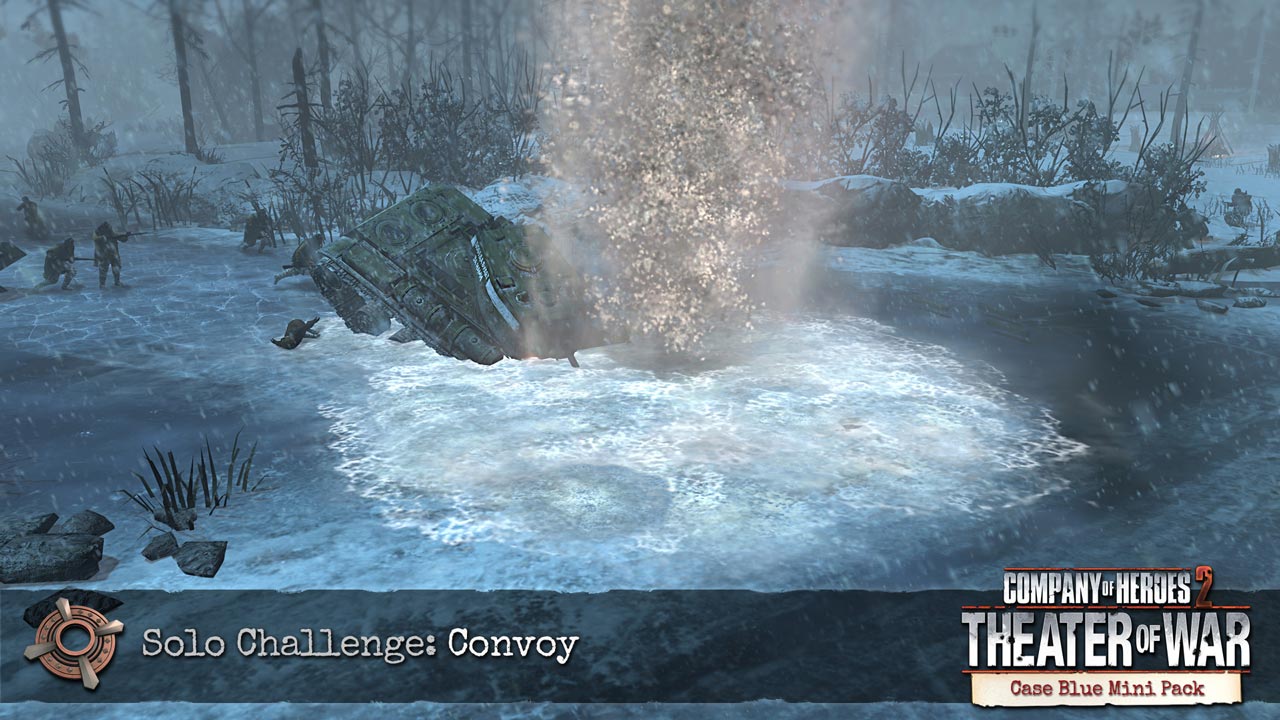 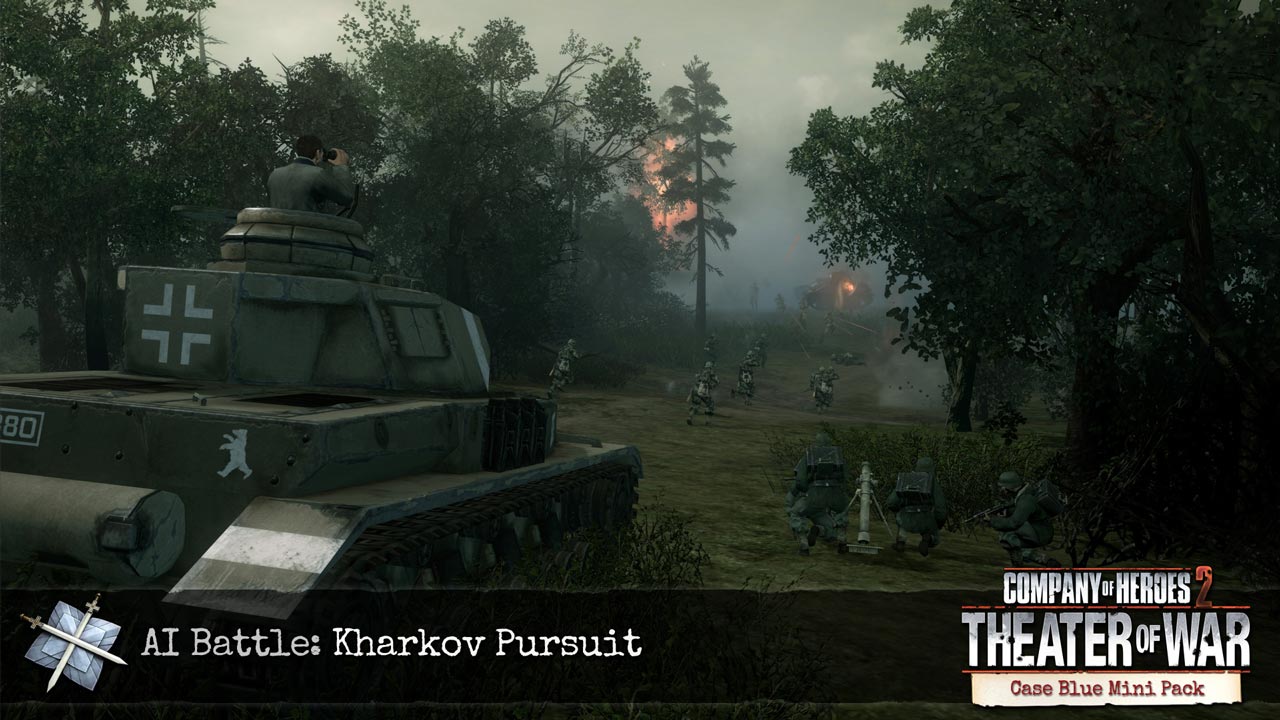 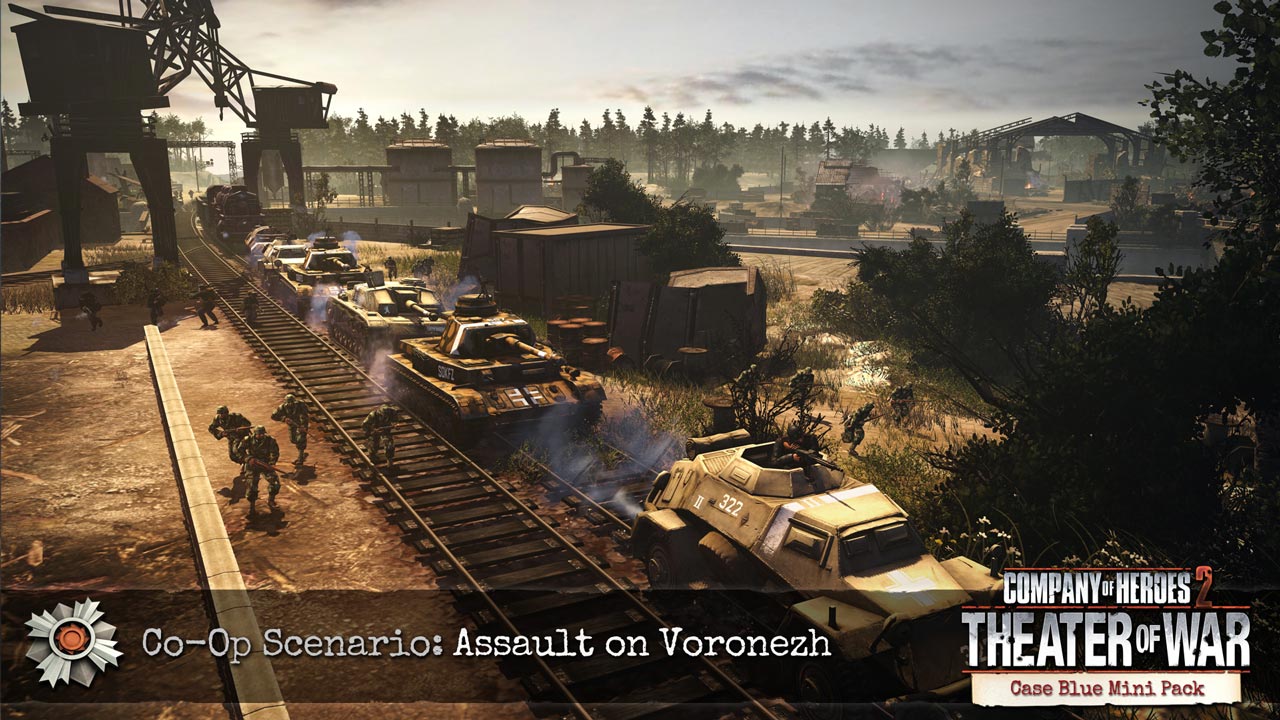 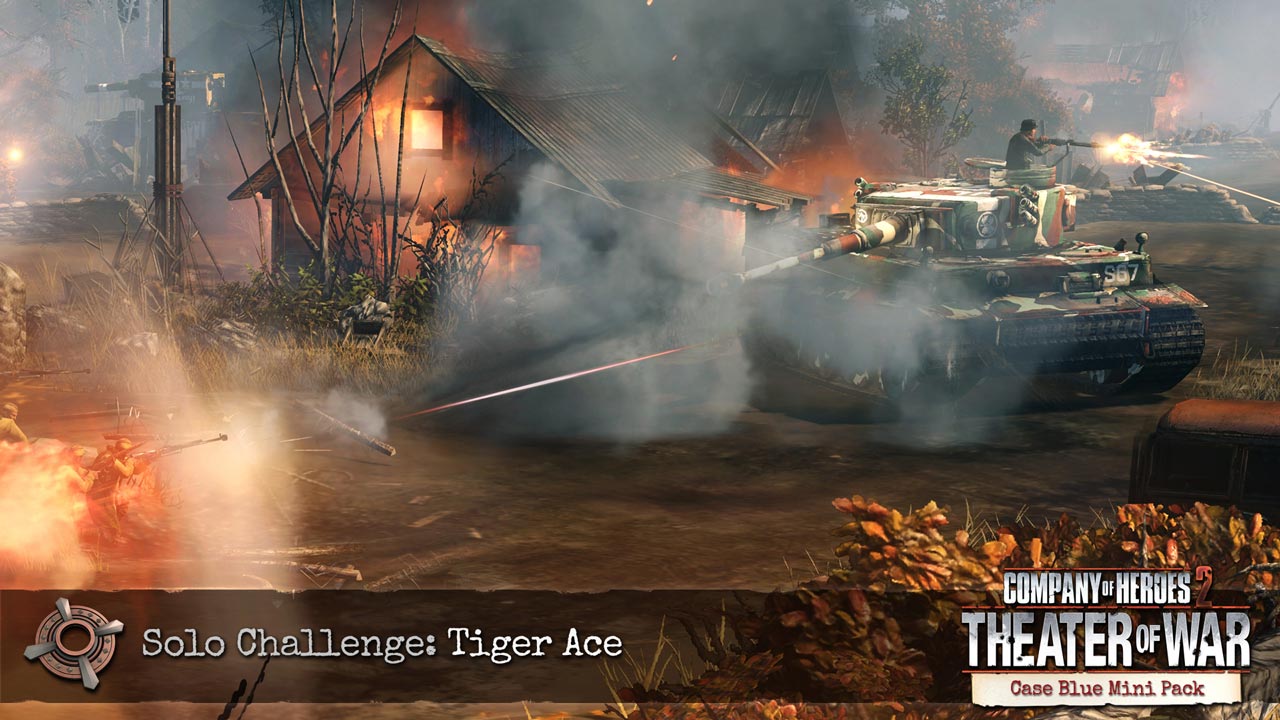 ATTENTION! To start the required Steam-version of the game Company of Heroes 2

========================================
In June 1942, after a long and difficult winter, the Wehrmacht launched a massive summer offensive. The purpose of this operation, called the "Blau" plan, was to seize the oil fields of the Caucasus. The start of the offensive went off brilliantly, but at Stalingrad, German troops faced fierce resistance.
Lead the forces of the Wehrmacht and walk with them a long way to victory between the spring and the harsh winter of 1942.

• Joint scenario: Voronezh. USSR, VORONEZH June 28, 1942 The German summer offensive should provide them with approaches to Stalingrad, but the Red Army holds positions along the Don. During Operation Blau, the Wehrmacht must occupy a large city - Voronezh. German infantry occupied part of the city, but armored vehicles are needed to break through the Soviet fortifications and counter enemy tanks. Hold bridges and command a united army to open the way for vehicles and sweep away the Soviet defenses. Play together with a partner: player 1 (above) commands the vehicles, player 2 (below) commands the infantry.
• Single task: Tiger-ace. VOLGA REGION, USSR September 1942 During Operation Blau, German troops reached almost Stalingrad itself, and the Red Army is desperately trying to stop the enemy offensive. Residents of cities and villages in the western part of the USSR are evacuated, and the troops dig in, preparing for defense. To assist the armies of Group B, the first production model of the Tiger tank arrived at the front.
• Single task: Destruction of the column. STALINGRAD SURROUNDINGS, USSR November 1942 Despite dire losses and lack of supplies, Soviet troops continue to hold Stalingrad. We need to cut their supply lines - only then can we finally take the city. Destroy Soviet transport convoys while commanding a small group of sappers and grenadiers.
• Fight with AI: Don. VALLEY OF THE DON RIVER, USSR December 1942 The Russian winter again thwarted the German offensive plans. The Red Army launched a massive counteroffensive in order to deprive the enemy of everything he had achieved during the Blau. On the banks of the Don, the German flank was attacked by two combat groups of the Red Army at once. The crossing is guarded by a powerful howitzer - but it is not yet clear whether it will be enough to stop the onslaught of Soviet troops.
• Fight with AI: Kharkov. KHARKOV, USSR May 1942 The Red Army liberated the industrial city of Kharkov, trying to seize the initiative in the second year of the war against the Third Reich. However, the front, commanded by Marshal Timoshenko, is too stretched, and therefore General Paulus and his 6th Army are instructed to recapture the city. Tymoshenko´s units are stubbornly resisting and, in addition, have called for help from local partisans.