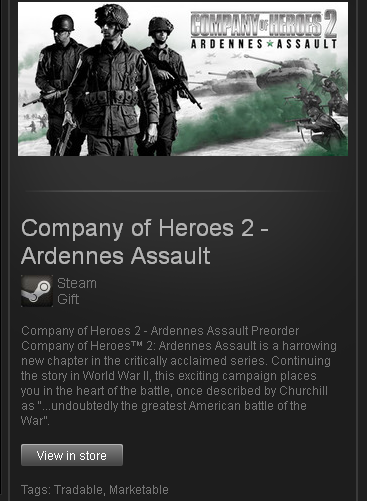 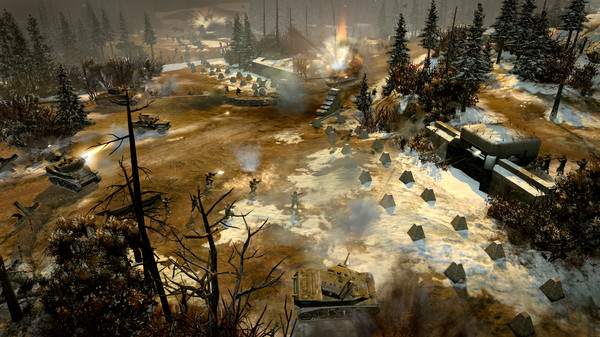 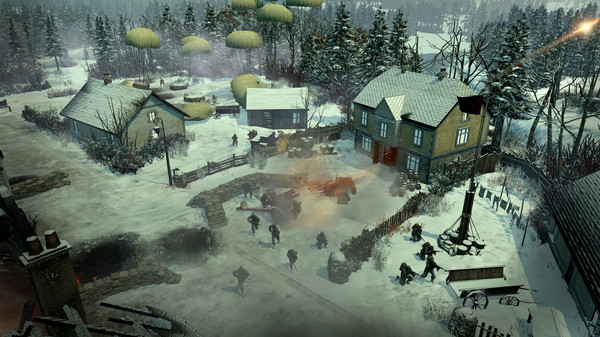 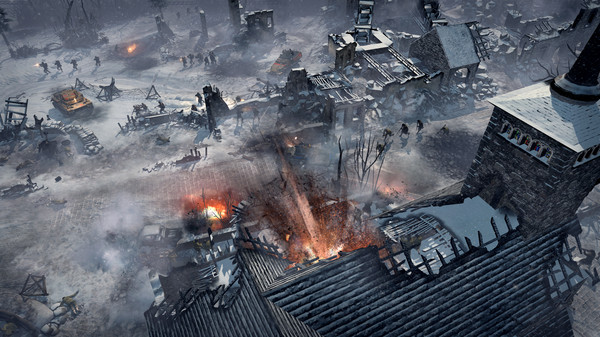 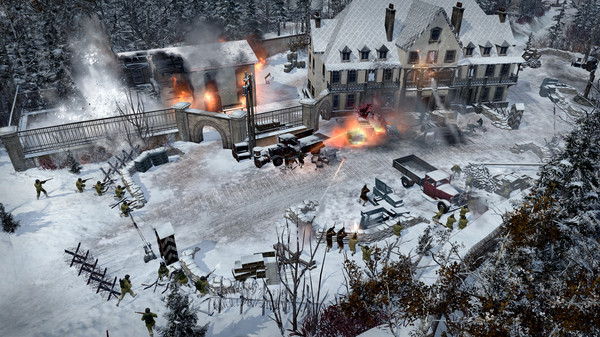 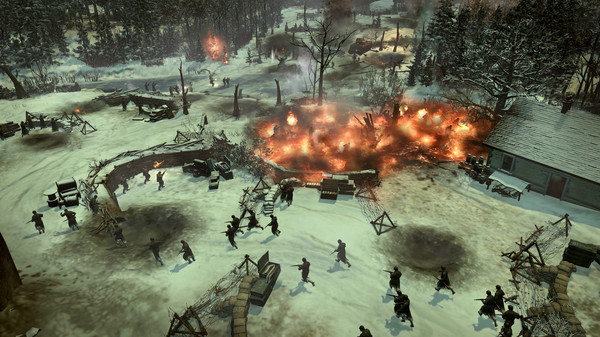 About: Company of Heroes ™ 2: The offensive in the Ardennes - an amazing new chapter in the series was highly appreciated. This exciting campaign continues the theme of the Second World War. You will find yourself in the thick of the battle, which Winston Churchill described as "... undoubtedly the greatest American battle in this war." In America, this battle is called "Battle of the Bulge." Take command of US troops, was at a disadvantage tactical situation in difficult terrain under unexpected and merciless blows of the German High Command "West". Take a look at the dramatic events of the Battle of the Bulge eyes of three different commanders; I feel personally the conditions in which they had to fight, and assess the impact of their decisions on the outcome of these battles. The brutal reality of war is that the danger lies in wait for all, and your company - is no exception. Witness their heroism in an unequal battle and fight for strategic Ardennes. Nonlinear CAMPAIGN - explore strategic meta-map with the key points of the Battle of the Bulge. Select a sequence of game missions, routed a strong German army and turn the tide of battles. 18 entirely new scenario - held in the Ardennes dynamic campaign of 11 missions and 7 clashes based on real events of the Battle of the Bulge. During the campaign, before you put the bonus tasks that change with each new game. Now, the campaign played even less like one another. 3 WORSHIP company - Take command of a multi-purpose airborne division, ruthless mechanized infantry and support units, which causes great damage to the enemy. For each mission you can choose one of the units. Each can command a company of three officers: each of them has its own style of fighting, vision and abilities. RESULT MATTERS - Be careful with the strategic decisions, as their consequences, and the overall health of a company remain unchanged between missions. Status veterans will help improve the efficiency of the whole company, and the lost units reduce overall health of a company. Improper management of resources can lead to the loss of the campaign. From your decisions depend on the outcome of the battle! SETTINGS - Supplement 4 unique abilities of his mouth 6 improvements. The unique skill tree allows you to make 72 improvements at various levels. The player can develop a specialization in their commanders...

1. Download and install Steam http://steampowered.com/about (if not already installed);
2. Register your new account on Steam or go to an existing one;
2.1 Purchase and activate an account on steam-game Company of Heroes 2;
3. obtained after the purchase link, copy and paste into your web browser, log in under your Steam account and take a gift to the library (that is activated on your account), and add or take in the inventory (ie, can be a gift will someone pass);
4. After activating the DLC will appear in the properties for the game Company of Heroes 2, and you can download it with the game with steam, and then start playing.