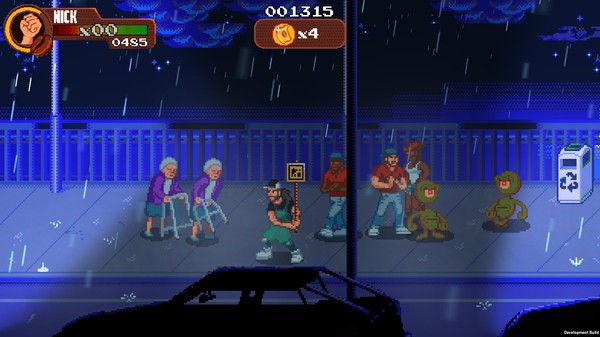 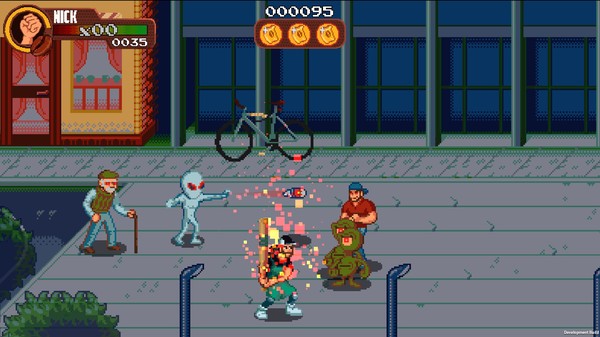 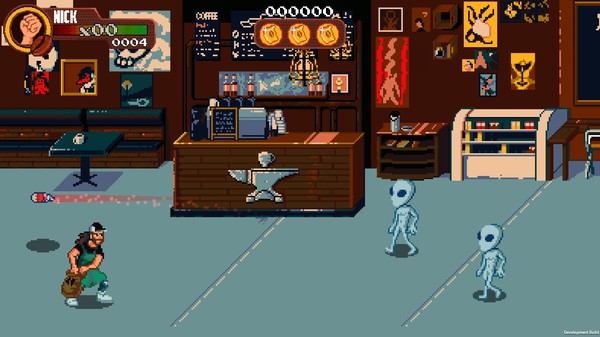 INSTANTLY AFTER PAYMENT YOU GET activation key
Coffee Crisis to the STEAM!

About the game: Coffee Crisis is a neo-rogue brawler that puts you in the shoes of the only baristas on Earth with enough heavy metal in their veins to fend off an alien assault. Play solo or join up with a friend to fight across eight unique locations ranging from your Coffee House HQ to the far reaches of outer space. Go up against an army of wild alien enemies, and the humans they have brainwashed with a variety of weapons, special moves, suplexes, and coffee! The Smurglian race has come to Earth and they´re not leaving until they steal our three most prized commodities: heavy metal, free Wifi, and coffee. Crunch through fistfuls of alien meat as you stop their invasion, and enjoy random modifiers to the enemies and action on each playthrough. It´s a totally unique cup of beat ´em up action every time you play! With over 50 different screen effects, power-ups, and enemy tweaks Coffee Crisis is never the same game twice. Take the action to Twitch and allow your audience to choose your fate, or play solo and leave it up to chance.
Tear off fistfuls of alien meat in Neo Rogue Brawler action! Jam out with a pal in Local Co-Op Play! Encounter random modifiers that could make you an invincible killing machine or summon a swarm of raging possessed cowgirls! You´ll never experience the same cup of cosmic coffee carnage twice! Bang your head to an incendiary heavy metal soundtrack! Meet heavy metal bands Pyschostick, Lords of the Trident, Nile, and Terrorizer! Rock out with retro metal influencers! Already averted the crisis? Come back for more in Death Metal Mode, where the difficulty is cranked to 11! Twitch/Mixer integration lets you enjoy the game while keeping both hands on your coffee cup!