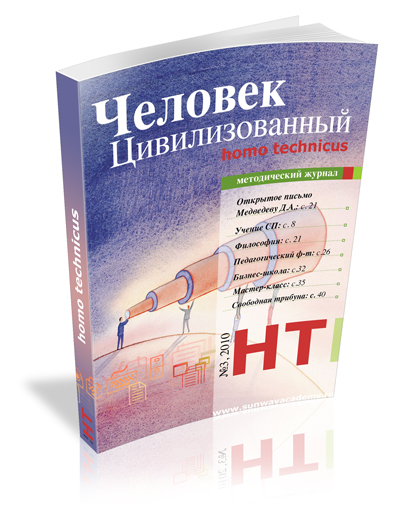 Who controls the transparency - rules the world. That is, to control, it is necessary to provide controlled units crisp, clear, unambiguous ideology and methodology that they will be able to accept (acceptance), adapt (consciousness) and their own to practice in order to implement the agreed and approved plans (cooperation). Methodology Concord-Consciousness-cooperation can not be violated under any circumstances, and the larger the project, the more disciplined methodology, it requires conformity.

Methodology of project management concepts proposed in the framework of the joint venture teachings very multifaceted, but clearly, systematically and consistently defined, moreover - be explained and justified in using the fundamental laws of physics that allows us not only to effectively manage the system being built, but to make the most accurate forecasts in relation to possible risks and to calculate the expected results. Including the degree of influence the surrounding reality, in fact it is the major share of resistance creates innovation. And it is clear that the better respected methodology, the easier and more efficiently develop the whole project, the easier it is to overcome obstacles and difficulties, and also prevents critical situations.

Interestingly, the laws and regulations are subject to any project methodology of education, ranging from the individual person and ending with states and interstate unions. The lack of transparency of the concept in general creates negative trends in its implementation, promising to end any deficiency in the implementation of plans or perverse results, or the complete collapse of all the undertakings. Illustrative examples we can observe in the lives of his friends, and at the State level, and in human history.

***
The current Prime Minister of Russia Vladimir Putin, while still Russian president, in one of his letters to the Federal Assembly said: "... the spiritual unity of the people and unite us moral values \u200b\u200b- is as important a factor for development as political and economic stability ... only society can set and achieve ambitious national goals when it has a common system of national landmarks ... This national treasure is ... the foundation of economic and political relations "(Putin, Address to the Federal Assembly of 26.04.2007, para. 11). And everything is good, but no spiritual unity, no unifying moral values \u200b\u200bin Russia at the moment does not exist, because they are not marked clearly, clearly and specifically as part of the ideological component of the global project entitled "The State of the Russian Federation." Consequently, there is no foundation of economic and political relations, and if there is no basement, how can we talk about the building? Our everyday life and all the worsening crisis are clear evidence of this. Was there a boy? .. You see how simple ... and sad ...

However, it's not so bad as it seems. National and intellectual resources of our country is still far from being exhausted and not even been studied sufficiently, moreover - innovations are constantly reproduced. Revision "civilized man" hopes that presented in this issue of materials will show, at least in part, the continued relevance of our country's development prospects.