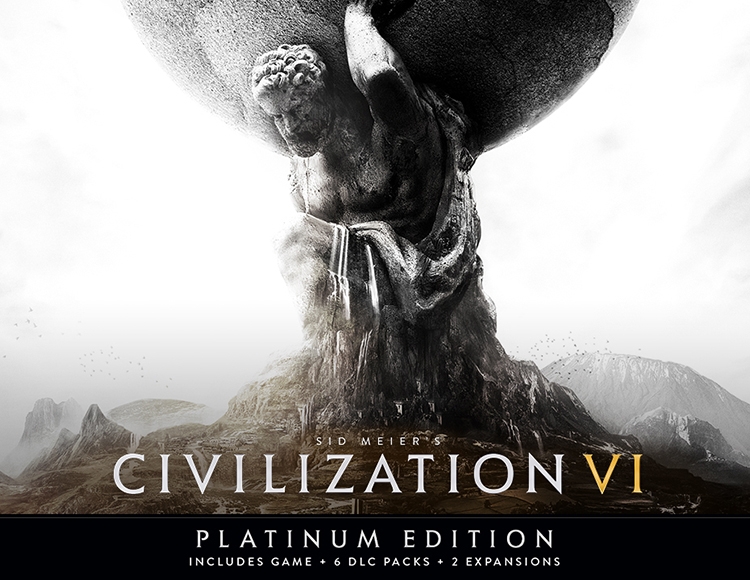 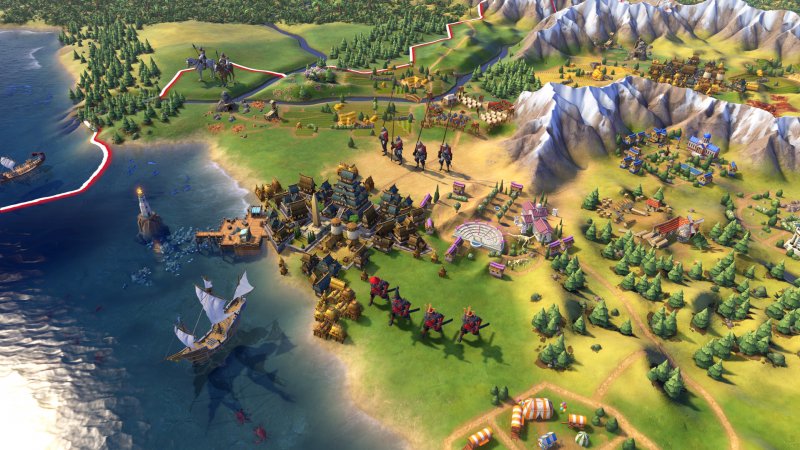 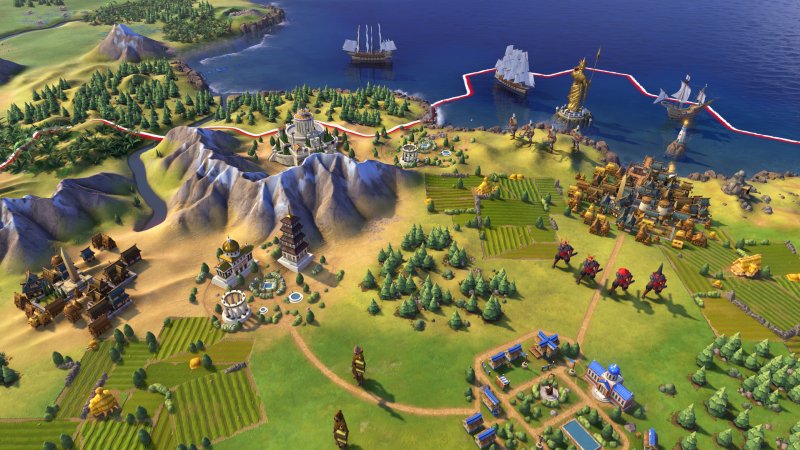 Uploaded: 19.06.2021
Content: text 17 symbols
Loyalty discount! If the total amount of your purchases from the seller RPG-MARKET more than:
If you want to know your discount rate, please provide your email:

You buy the official key of the game CIVILIZATION VI PLATINUM EDITION. After the first purchase, you will receive a discount on all subsequent purchases of our products.

• HUGE EMPIRE: Your possessions will extend further than ever. Each city occupies several cells, and you can build them in such a way as to get the most out of the surrounding area.
• ACTIVE RESEARCH: Look for amplifications that will help the development of your civilization. This process can be accelerated by exploring the white spots on the map, improving the surrounding area and making contact with new cultures.
• DYNAMIC DIPLOMACY: During the game, you will have new opportunities for interaction with other civilizations, from the first days of mankind, when conflicts are an integral part of everyday life, to military alliances and complex diplomatic negotiations of our time.
• UNITED TROOPS: Thanks to the rethinking of the concept of “one combat unit per cell”, you can now attach support troops to conventional troops: for example, you can provide infantry with anti-tank weapons or order settlers to accompany your soldiers. Combat units of the same type can be combined, thereby forming formidable “troops” from them.
• IMPROVED NETWORK GAME: In addition to the traditional network game modes, you can help or challenge your friends in a large number of different scenarios, many of which can be completed during one game session.
• CIVILIZATION FOR EVERYONE: Civilization VI will give experienced players the opportunity to make their empire exactly the way they want to see it, and thereby achieve success. The new training system will help new players to get acquainted with the fundamental ideas of the genre and easily plunge into the game from the first minutes.