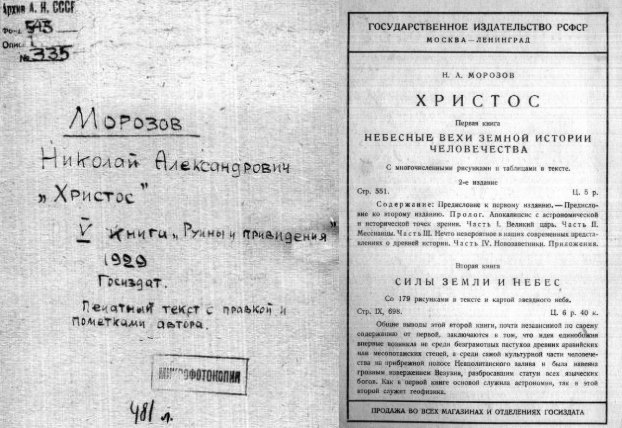 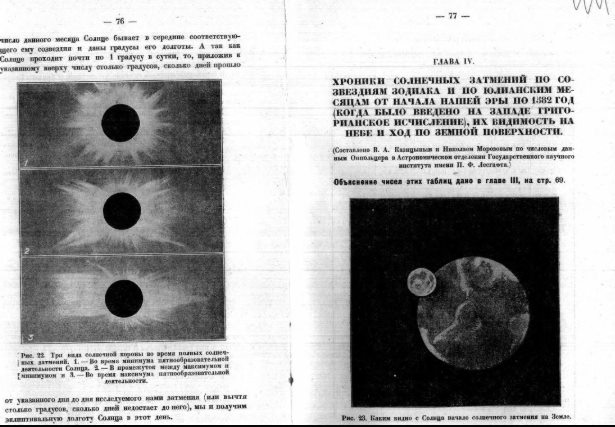 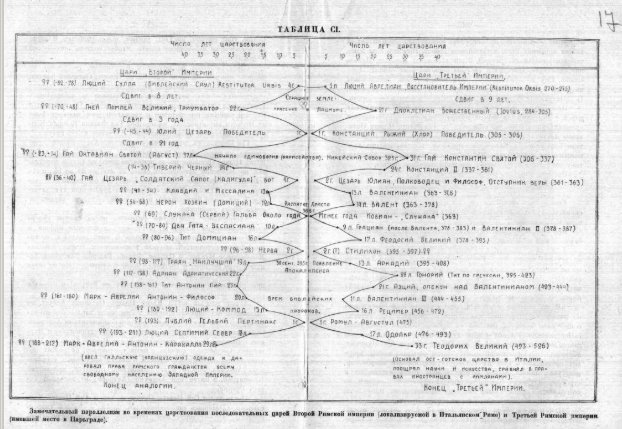 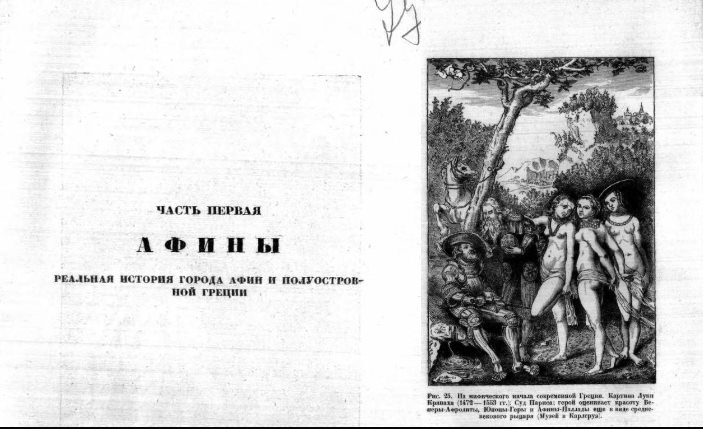 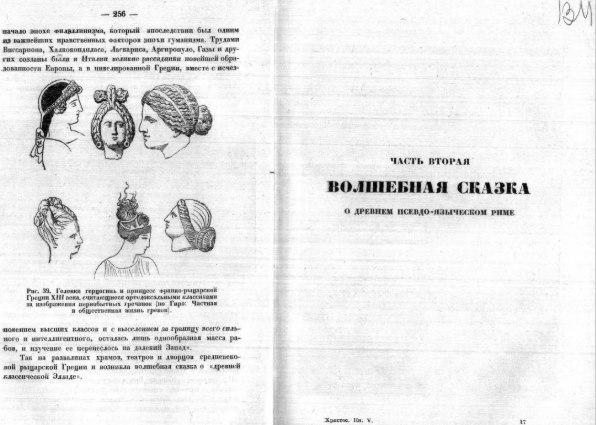 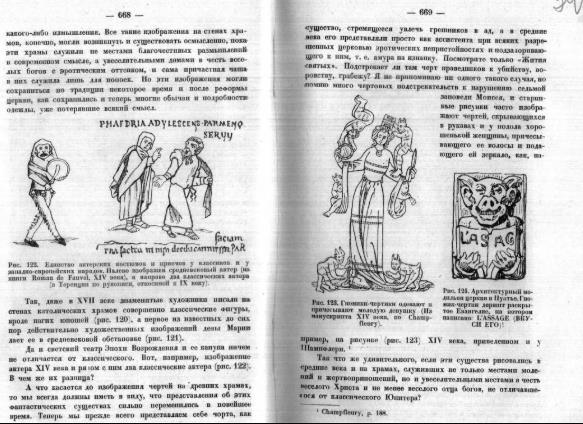 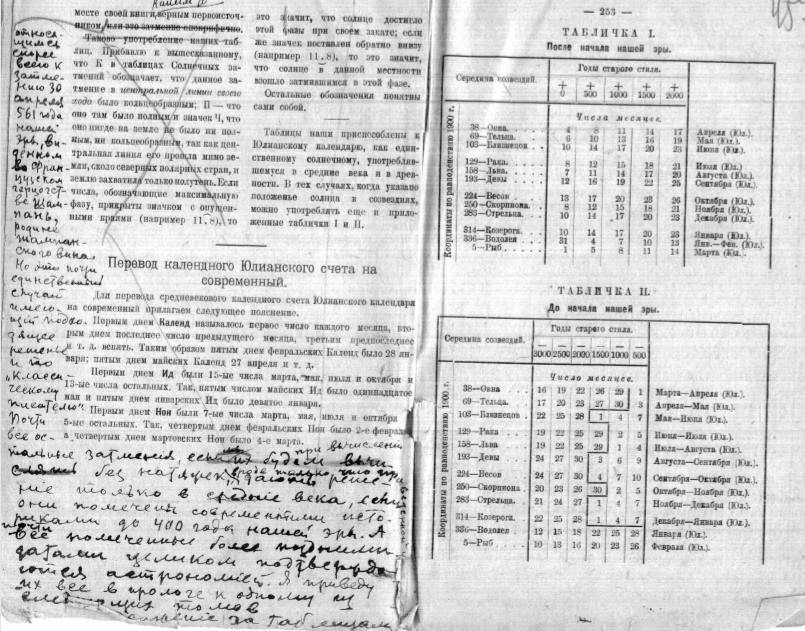 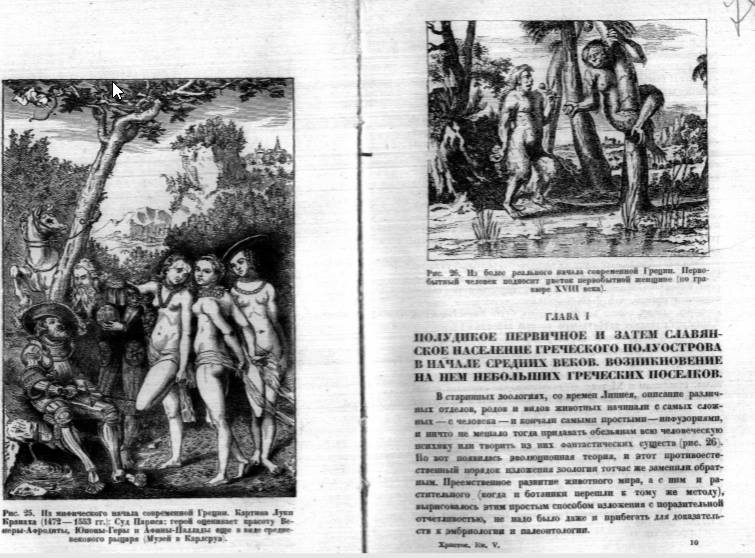 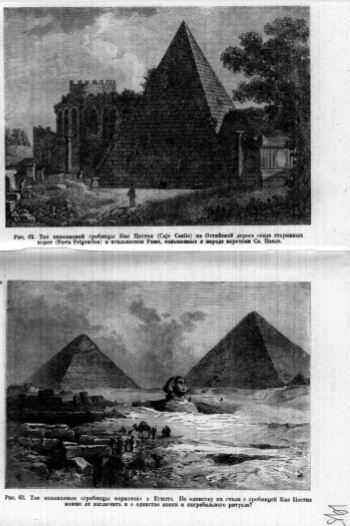 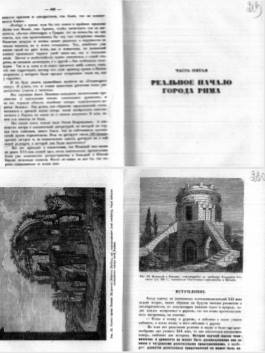 Uploaded: 06.12.2018
Content: text 59 symbols
Loyalty discount! If the total amount of your purchases from the seller Protohistory more than:
If you want to know your discount rate, please provide your email:

Protohistory information about the seller and his items
onlineAsk a question

Everyone is somehow familiar with the "New Chronology" of Nosovsky-Fomenko. Someone considers it absurd, someone interesting. But everyone is mistaken in one thing - in fact, this is not their chronology, but the revised and augmented work of the Russian scientist Nikolai Morozov, and should be called the Morozov Chronology. Dear authors casually mention this, although all the main methods and conclusions (with the exception of substantial "shoveling" of Russian history belong precisely to Morozov. Illegally forgotten today, Nikolai Morozov published a fundamental seven-volume work in 1924-1932. The original title of this work was "History human culture ". In it N.A. Morozov laid out a detailed criticism of Scaligerian chronology. An important fact discovered by him is the groundlessness of the concept underlying the Scaligerian chrony adopted today nology.
After analyzing the enormous material, N.A. Morozov put forward and partially substantiated the fundamental hypothesis that the Scaligerian chronology of antiquity was artificially stretched, extended in comparison with reality. This hypothesis of N. A. Morozov is based on the “repetitions” he discovered, that is, texts that describe, probably, the same events, but then dated by different years and considered today as different. He also uses the method of correcting dates for observing and transmitting solar eclipses and other astronomical events. These works were published mainly in 1929 and were reprinted with a substantial reduction in 1959 in small editions. All work is done in separate finished volumes. Each volume represents a separate work on a specific topic and contains up to 900 sheets provided with tables, text, photographs, etc. Of particular interest is the lifetime edition of 1929 which was corrected and edited by the author himself. Having all the volumes, we will begin publications in the library "Protoistory" precisely with the 5th volume - "Ruins". This volume is virtually unknown in the 1929 edition to researchers and rare text excerpts and abbreviated editions do not give the slightest idea of ​​this work. The specific work is devoted to the history of Rome and Greece. The analysis of duplicates of historical figures and events is given. 900 sheets of the most interesting observations, comparisons, analysis and conclusions.

Atlas of stellar fortresses of the Russian Empire (1830

Warhammer: Vermintide 2 - Back to Ubersreik