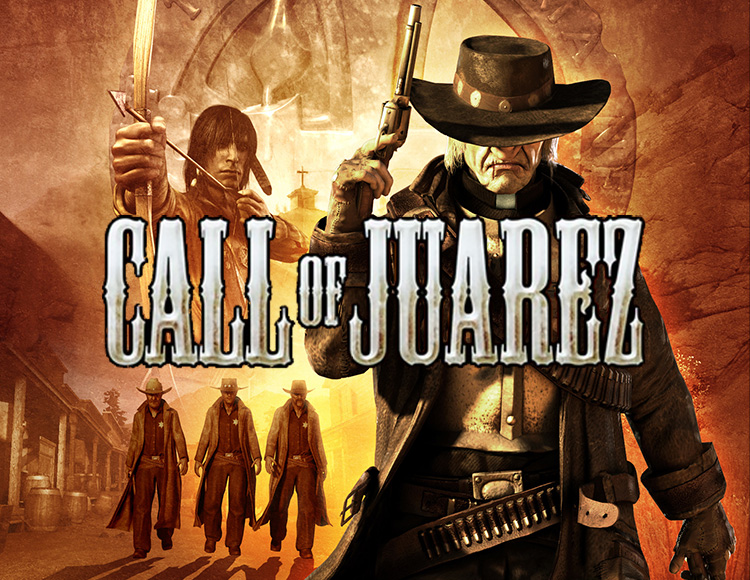 After payment you get a link by which you can get the license key with the game Call of Juarez from the official supplier - the company "Buka", to activate the system STEAM.

Description:
Call of Juarez - epic adventure FPS-game in the spirit of westerns. The player alternately gets used to the role of two separate, opposing characters: the cowardly fugitive Billy and the priest Ray hunting him. Not to mention the significant emotional and psychological aspects of the connection between the two characters, the game for each of them offers a variety of gameplay with many differences.

The game is distinguished by quick duels on revolvers using historically accurate weapons, riding and battles on horseback, using tricks in unforgettable places familiar from westerns. Simulation of not only rigid bodies and reg-dollars, but also liquids, gases, fire and smoke makes the gameplay innovative and non-linear.

A very serious approach to the theme of the Wild West and a detailed reconstruction of the image and appearance of those times.
Using physics and innovative simulations of fire, liquids, dust, smoke and gases to create the ultimate gameplay.
Graphic art allows you to use the latest graphics technology of modern video cards.
Playing for two special characters with different abilities and different gameplay.
Riding a horse and shooting from the saddle, shooting duels.
Use the whip in combat, to move objects and to move a player’s character.
The legendary weapons of the Gold Rush era and real Macedonian shooting.
A stunning plot filled with twists in the fascinating western genre.