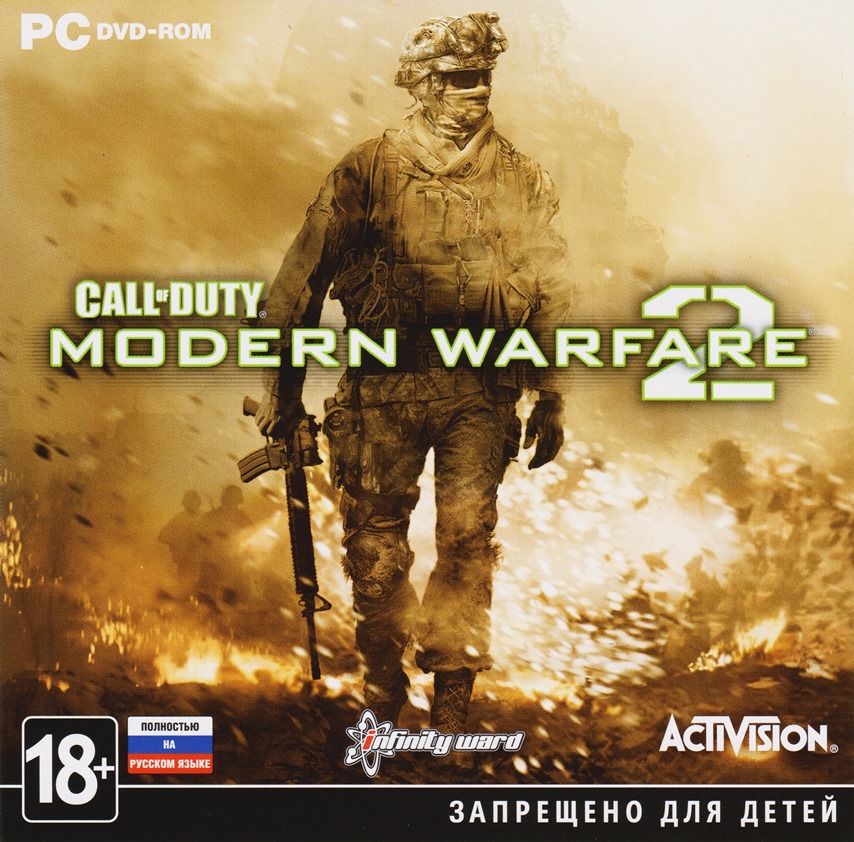 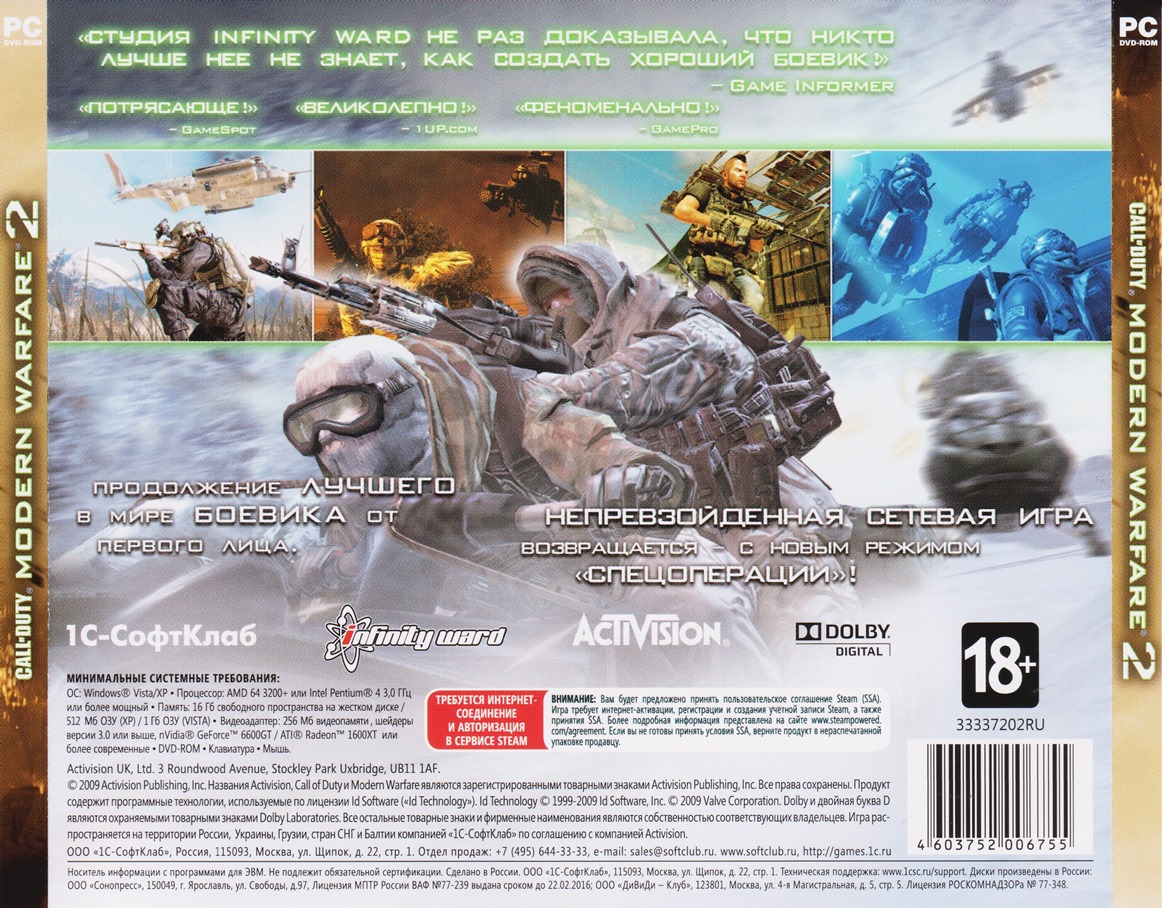 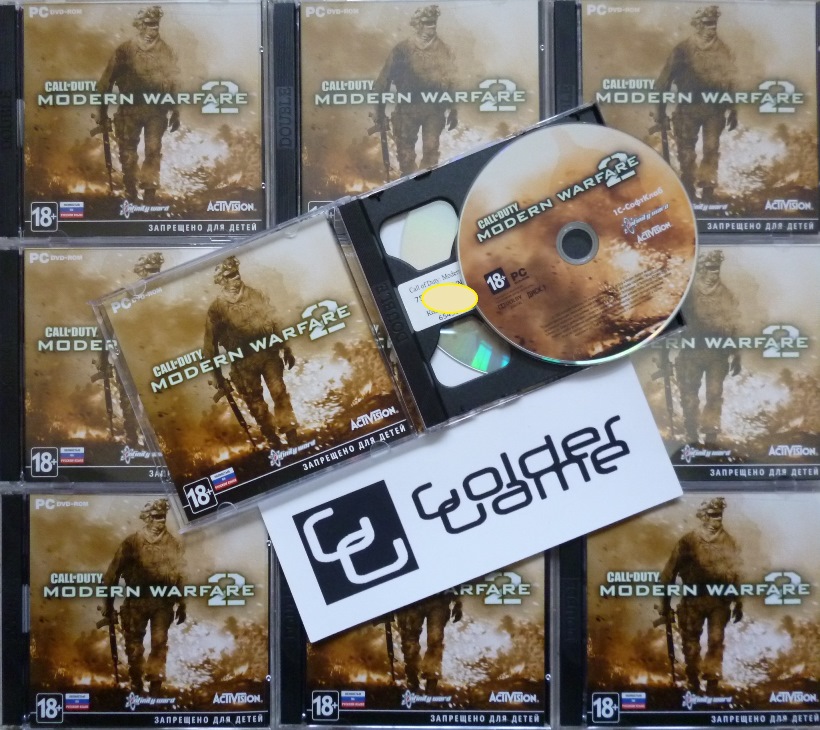 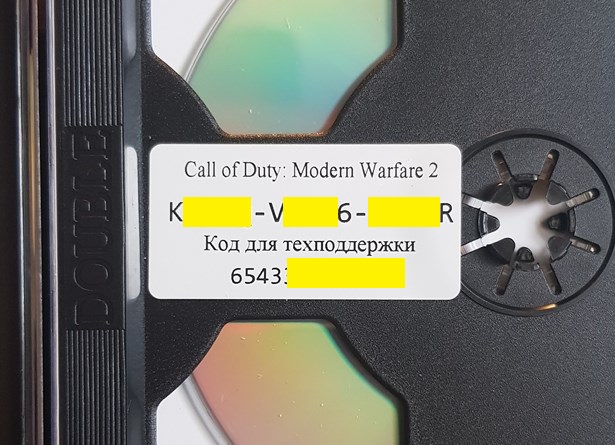 Paying this product you GUARANTEED receive a PHOTO license activation key from the game box "Call of Duty: Modern Warfare 2", from the company "1C-SoftKlab", for activation in "Steam".

The key is issued automatically, instantly after payment in the browser window and in the personal account at https://www.oplata.info/info/, or via the link that came to the post office specified for payment.


DESCRIPTION OF THE GAME "Call of Duty: Modern Warfare 2":

The action takes place several years after the events that took place in the first part of the blockbuster.

As part of a special counter-terrorism squad under the command of Captain John McTavish, the player will take part in dangerous operations in various parts of the world: in the snow-capped mountains of Kazakhstan and the slums of Rio de Janeiro, in the sands of Afghanistan and even in the vast expanses of Russia. In breathtaking gunfights and hand-to-hand combat with extremists, the fighters of the elite squad will use the latest weapons, equipment and equipment.

Each customer will receive a complimentary guest key to Diablo 3 RU. To get the key you need to leave your positive feedback and send to our mail a request "I want to present." The gift will be sent a return letter.

All products are issued immediately after payment!
All your purchased items can always be viewed by clicking on the link:
http://www.oplata.info/