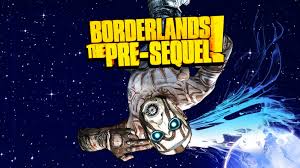 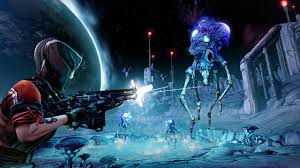 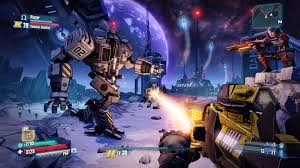 VHadim information about the seller and his items
onlineAsk a question

Borderlands: The Pre-Sequel (Steam Gift RU + CIS) HB link
Briefly about the game:
An excellent toy on the computer, which is a sequel, the third part of the series of games. The pre-sequel prefix in the title will allow gamers to return to the very beginning of the story. The game in the genre belongs to action shooters from the first person, where there is the possibility of a cooperative game. The development of the game involved talented developers, representatives of the game studio Gearbox Software. They were able to create the world of Pandora new, with a low level of gravity, as well as the absence of an oxygen atmosphere. Wishing to become a part of this harsh world, go in search of adventure, can download Borderlands: The Pre-Sequel through the torrent. Use the services of our website to do it quickly and for free.

Activation link Humble Bundle
If not installed Steam client, download and install it - http://steampowered.com/download/SteamInstall.msi
• Log in to your Steam account, or register a new one if you have not already have it.
• obtained after the payment link, you must insert into your Internet browser, then go for it.
• Press the "Steam" (It is under the name of the game!).
• Go to the link: "connect to Steam!" and log in to Steam.
(If you have a link that says: "redeemed to this account", then you´re already logged into Steam and the game was added to your profile!)
• The game will be activated on your account Steam, and also appear in the list of games and you can download it.
• Start the game you will be able to immediately after installation.