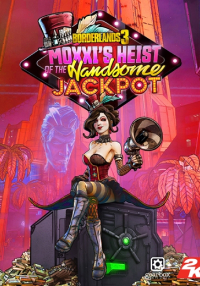 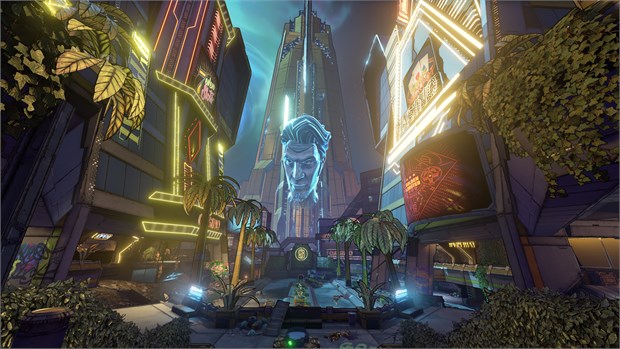 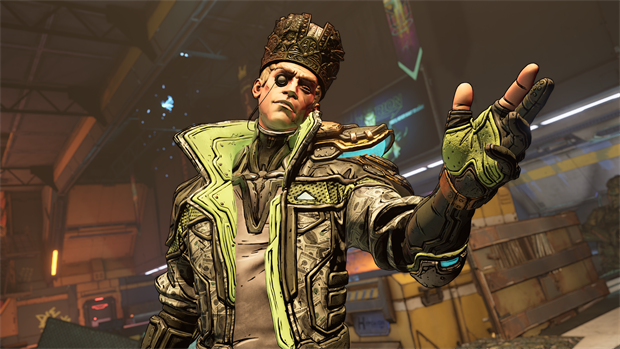 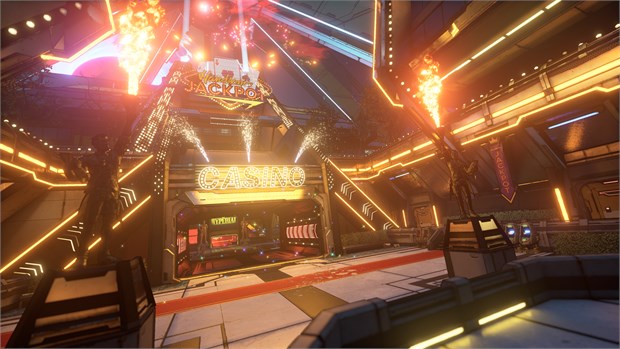 Ready to hit the jackpot, which you never dreamed of? Moxie has a task for you, honey: the good old robbery. She plans to capture a space station-casino called the Jackpot Handsome. With the death of its owner, Handsome Jack, all the entrances and exits from this once popular establishment were closed. The fact is that the project of this casino was hatched by Moxy herself, and Jack, having parted with her, stole it to annoy her. So at stake is Moxie’s pride - and your life. Will you risk it to help Moxie restore justice?

Moxy collects a team to raid an abandoned casino, and you have shown that you are worthy to become part of her gang of motley "specialists". If you help her, you will find a safe full of eridia, money and legendary loot - a jackpot that you could not even dream of. One snag: between you and the loot there are crazy casino players locked at the station since its closure, and an army of Hyperion security guards ready for anything. Handsome Jack, even from the other side, finds a way to put you a pig. You have to play big. Will fortune be on your side? It´s time to go all-in and see how the cards fall.

What´s new:
Explore a gorgeous new galaxy, whose diverse areas fully reflect the luxurious lifestyle and dirty tricks of Handsome Jack;
Join the team of eccentric types hired by Moxie and complete the robbery of the century by completing a series of fascinating story missions;
complete new side quests and team tests and uncover a series of secrets and strange events that took place in the Jackpot of the Handsome;
plunge into the past of Pandora, fighting with the troops of the "Hyperion" who survived their master, including previously unseen opponents and giant bosses;
replenish the kit with new types of legendary weapons and equipment;
expand your range of “cosmetics” by earning new items to change the look: the heads and faces of the Warehouse finder, weapon accessories, ECHO colors and new gestures.

Related to item "Borderlands 3: Moxxi´s Heist Of The Handsome -- RU":