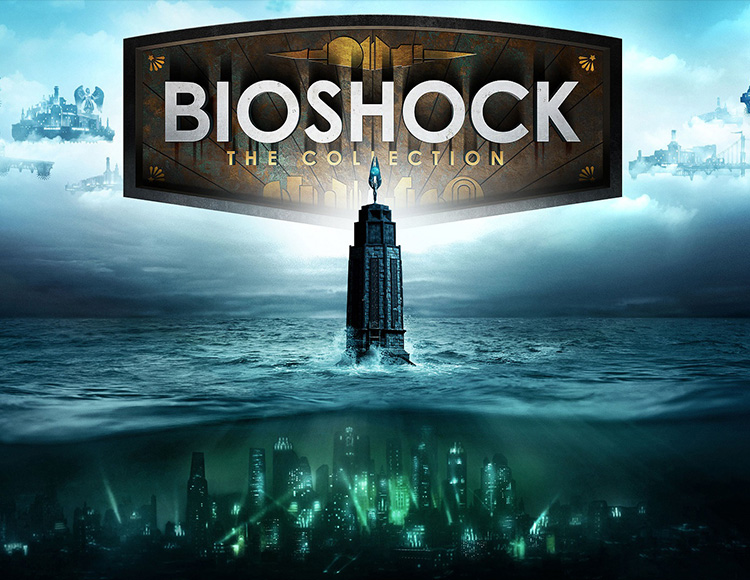 Uploaded: 21.04.2020
Content: bioshock_the_collection_0044.txt 0,02 kB
Loyalty discount! If the total amount of your purchases from the seller servicesoft more than:
If you want to know your discount rate, please provide your email:

After payment you will receive a link where you can get a license key with the game BioShock: The Collection from the official supplier - the Buka company.

BioShock is a shooter unlike any of the ones you played, full of unimaginable weapons and tactics. You will have the whole arsenal at your disposal from conventional revolvers to grenade launchers and chemical weapons sprayers, and in addition you can modify your DNA to create even more deadly weapons: you. Injectable plasmids will give you superhuman strength: direct an electric discharge into the water to hit several enemies at once, or freeze them and break them with a wave of a wrench.

Ten years have passed since the dramatic events of the original BioShock game ended. On the coast of the Atlantic Ocean, a series of mysterious disappearances of young girls takes place. Traces of the sinister kidnapper lead only to the underwater city of Delight. Time has changed this place: the protective dome has undermined the water, some areas are completely flooded, the buildings are dilapidated. In the desperate struggle for the right to life, only the most powerful, cruel and treacherous mutants survived.

1912 year. The United States achieved world domination, and the flying city of Columbia, opened with great fanfare under the glee of an enthusiastic audience, has become a magnificent symbol of American ideals. However, a promising undertaking soon turned into a catastrophe: for an unknown reason, the city suddenly disappeared into a sky-high distance. America’s greatest achievement vanished without a trace ...