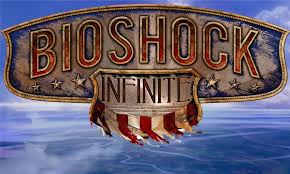 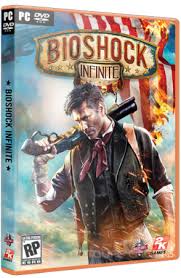 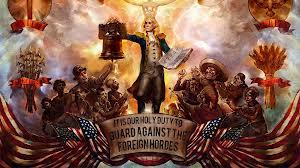 After payment of the order, the system will automatically (without our participation) instantly send you
A link to download the license activation key for the game by mail:
Bioshock infinite

1912 year. The United States achieved world domination, and the flying city of Columbia,
open with great pomp under the glee of an enthusiastic audience, it became majestic
a symbol of American ideals. However, a promising undertaking soon turned around
catastrophe: for some unknown reason, the city suddenly disappeared into a sky-high distance.
America’s greatest achievement has vanished without a trace ...

In this story full of mysteries, the main role is given to the former detective of the agency.
Pinkerton Booker DeWitt. He was sent to Colombia to track down and release
a certain Elizabeth, for whom the city of the future became a flying prison in childhood.
The detective will have to establish a relationship with the girl, to the fullest
use her and her unusual abilities - to get out of Colombia,
which loses height every second (and therefore its collapse is only a matter of time),
they will succeed only together.

Features of the game BioShock Infinite:
• Plunge into the bewitching atmosphere of the bright original world in style
American industrialism embodied in the Unreal Engine 3 engine.
• Solving puzzles, revealing sinister secrets and fighting for life in
dizzying battles under the clouds - staying in Colombia is not
call neither boring nor monotonous.
• Use at your discretion many types of weapons and very
non-trivial abilities of heroes.
• In a hostile celestial world, Elizabeth will become your faithful partner.
And let the game control her actions, for you she will definitely become
real, living person.
• Do you like severe trials and that “everything is for real”? Means
the mode of increased realism - “1999” is addressed to you.
Accept the challenge of developers - and you will have to carefully weigh
all pros and cons before making any decision. Well
think over the line of development of the hero - remember that the possibility of it
resurrection is limited and any wrong step can lead to
sudden completion of the game.

To activate, you must:
1. Download, install and launch Steam: http://steampowered.com/download/SteamInstall.msi
2. Register a Steam account.
3. Open the "My Games" tab from the top menu, click the "Activate via Steam ..." button below
4. You will be asked to enter the product code, enter the key purchased from us.
5. Get ready for the installation (download) process
6. Play