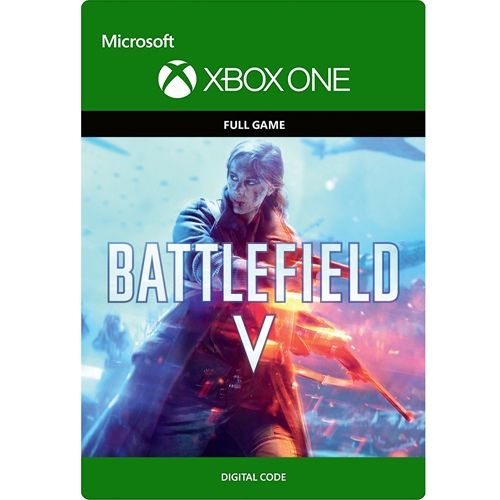 THE BATTLEFIELD V GAME KEY FOR XBOX ONE IS DISPLAYED IN THE BROWSER WINDOW AND COMES TO YOUR E-MAIL AUTOMATICALLY AFTER PAYMENT!

Battlefield V invites you to take part in the largest military conflict in the history of mankind. The series returns to its roots by portraying World War II in a whole new light. Participate in large-scale and realistic online battles, fighting with your squad in such modes as "Big Operations", which will amaze you with the scale of what is happening, and "Joint Battles" to play with friends, or follow the fate of individuals against the backdrop of a global confrontation in "War stories" is a single-player game. Fight in completely unexpected and stunning locations around the globe in the most addicting Battlefield game ever.

Key Activation:
1. Download and install Origin. (http://www.origin.com/download)
2. Launch Origin.
3. Select the interface language and the place where the game will be installed.
4. Go to the "Origin-Activate Product Code" section.
5. Enter the key received after payment.
6. After activating the game, a bookmark appears with your profile and a list of activated games.
7. Select NFS HEAT and press "Start".
8. Download and install the game.