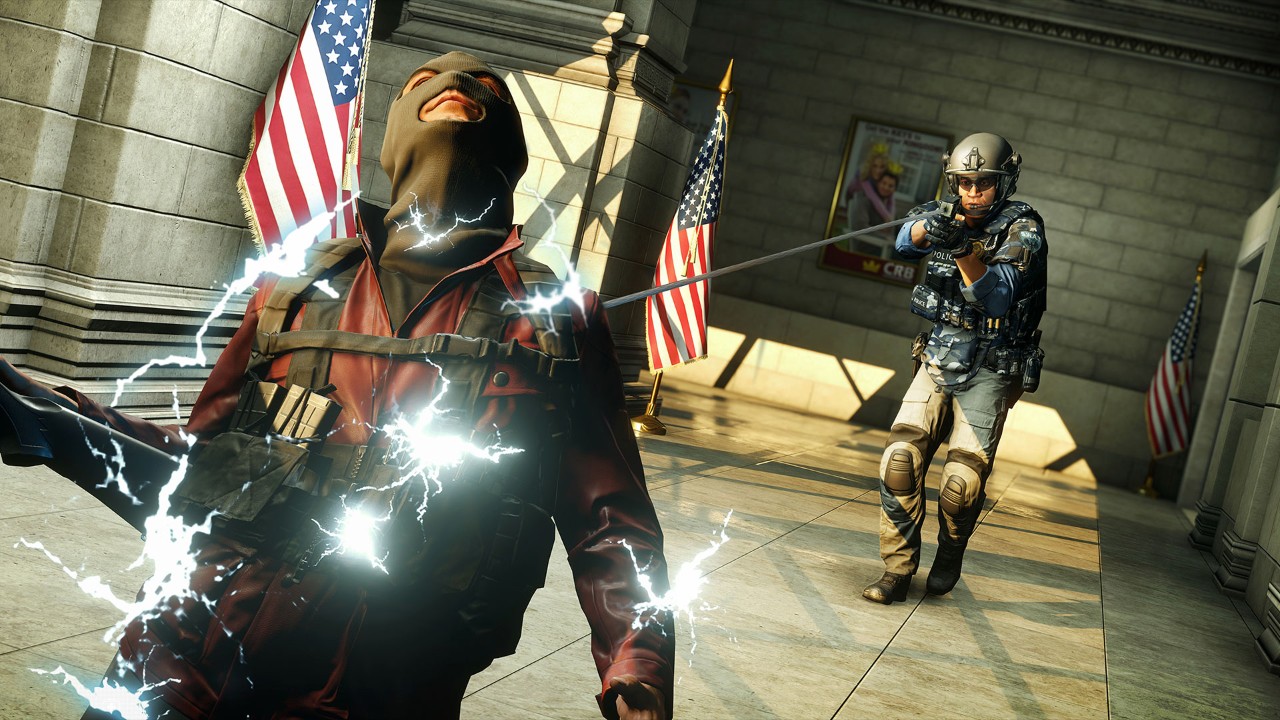 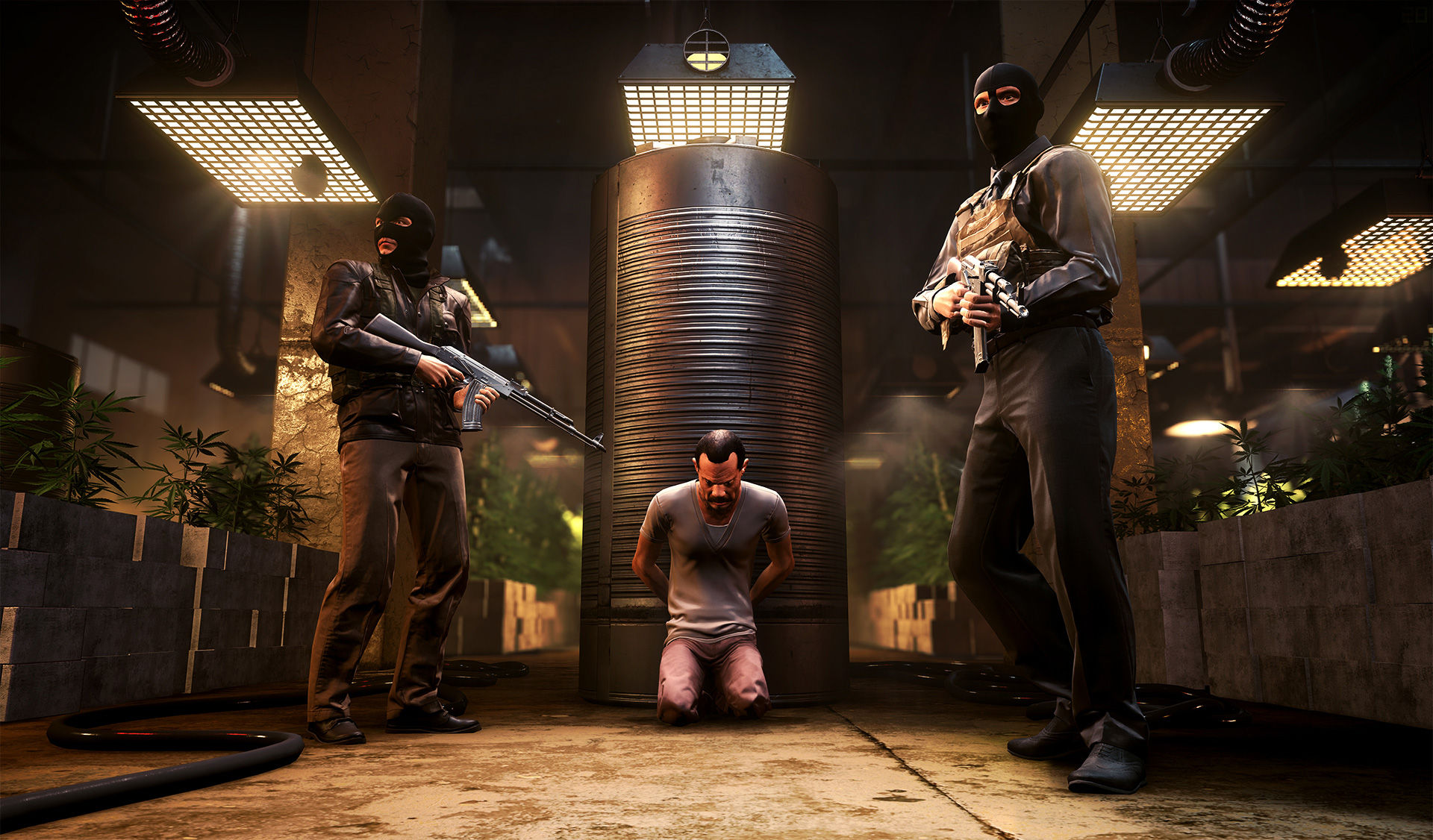 Abandoned truck with money collector stands at a multi-storey car park, and you have a few seconds to fill a backpack with money until the police arrived. For bills fluttering around, and you, headlong, rushing to the elevators. Get to the roof, and a friend from your team is jumping on the rope. But you choose a more direct route and whitefish swallow down. The parachute opens. Bullets whistle at temples. No sooner landed, rush to the van. Sirens howl. The cops in pursuit. And at this moment with a crash falls a huge crane. In short, a typical day in the life of the player Battlefield Hardline.

Most adrenaline Battlefield. The transition from military conflicts to clashes crime - is a new, fresh look at Battlefield. Here you have to go on both sides of the law. Arrange the perfect heist and flee with the money, whistling from house to house on a rope, or a chase car thieves in the fast-paced and intense chase, and then dispose of it - what would you do, bored just do not have here. It´s all the same Battlefield. Due to destroy environment, modern weapons, powerful technology and grandiose clashes, you will feel at ease.

New modes, new gadgets, new strategies. In Battlefield Hardline presents four brand new modes, with such classic modes Battlefield, as "Capture", remained unchanged. Collectors trucks and clean out the lam in the "robbery", fight for prey in "blood money", catch fleeing bandits in "Ugone" and release the hostages in the "Salvation". In addition, these new gadgets like hooks and ropes, to change the strategy of your game.

1. Create an account on EA link https://profile.ea.com/acctcreate.do
2. https://www.origin.com/ru-ru/download - at this address, download the Origin, a program that, in turn, will download to your computer the client software for the game.
3.Aktiviruyte received key in the Origin program and enter the purchased key in the block "Activate". Follow the instructions that appear on the site.