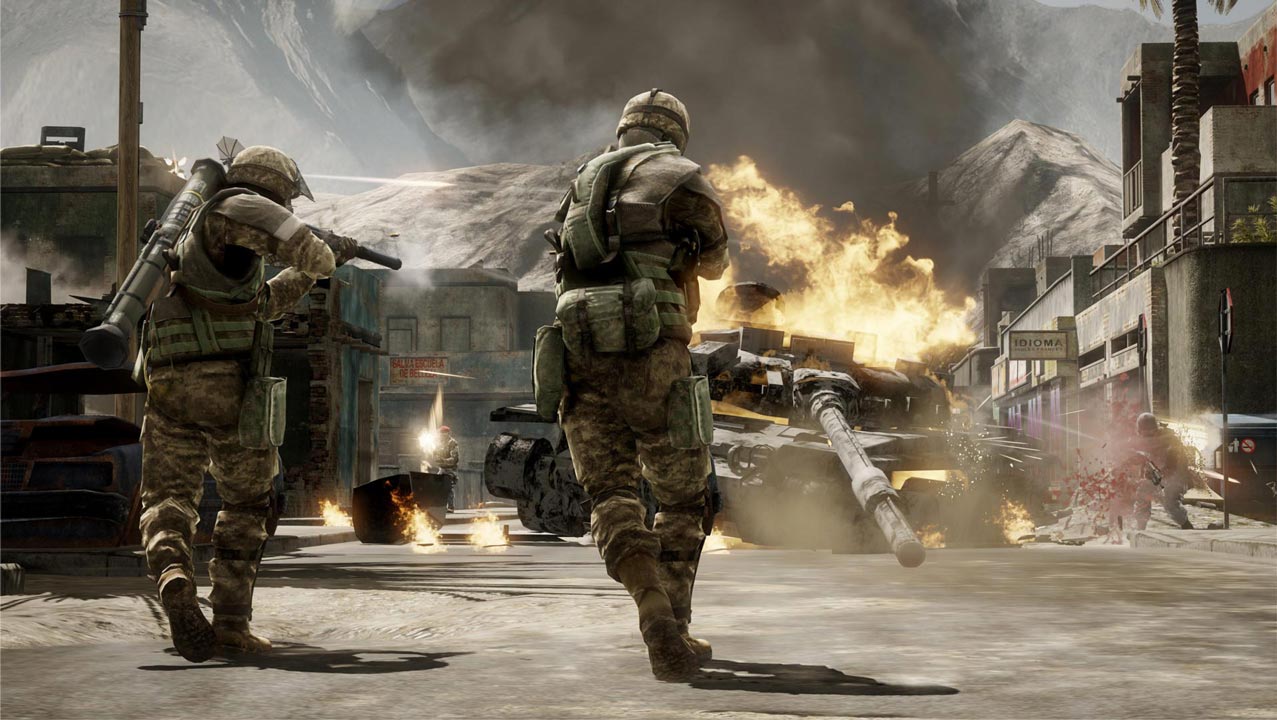 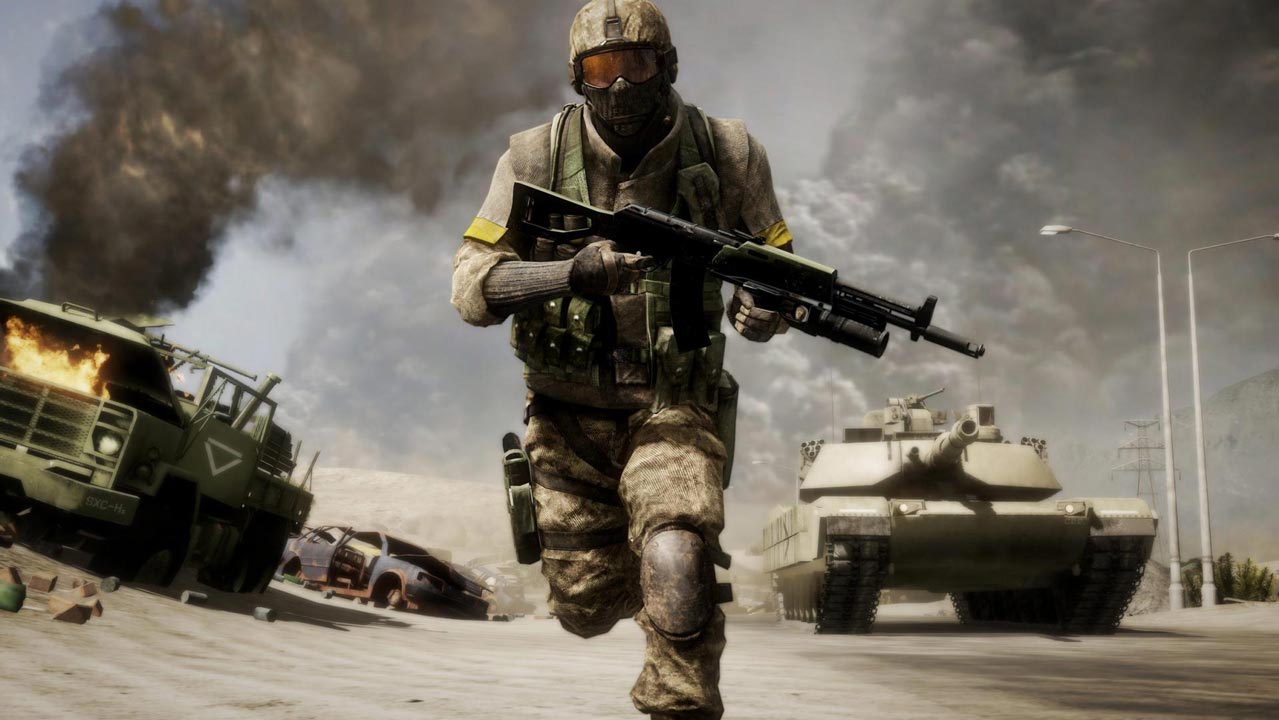 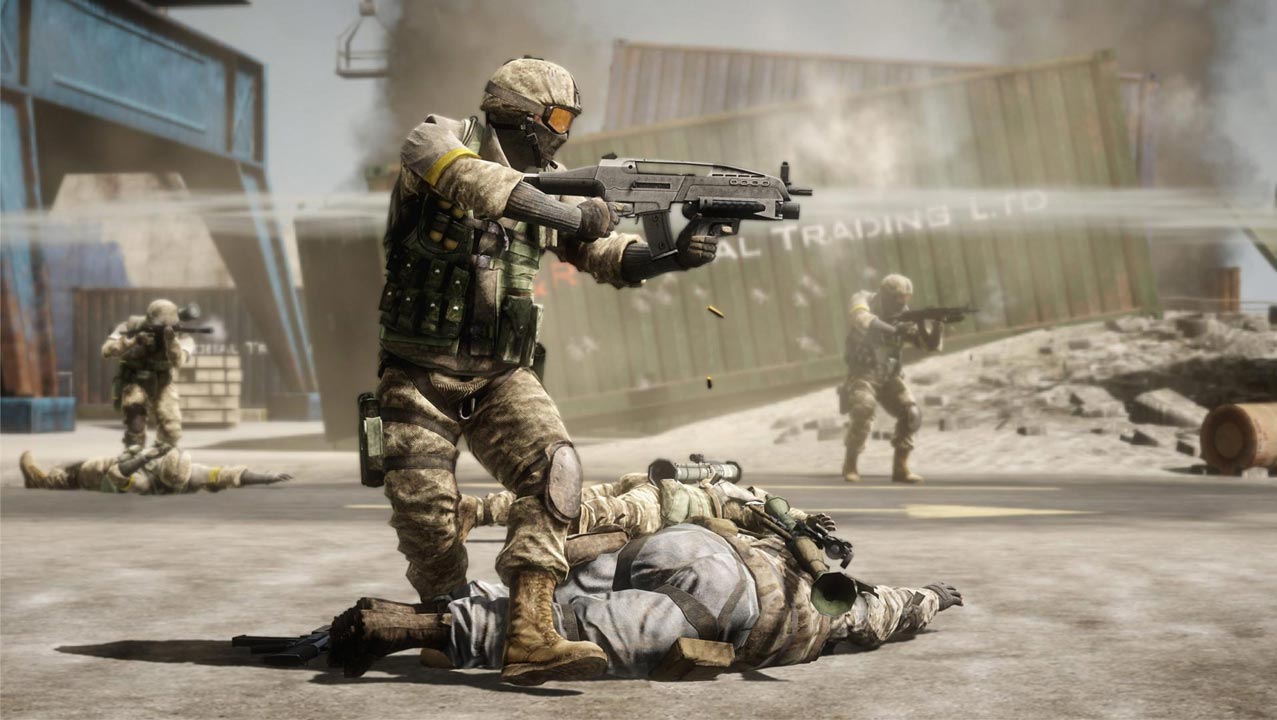 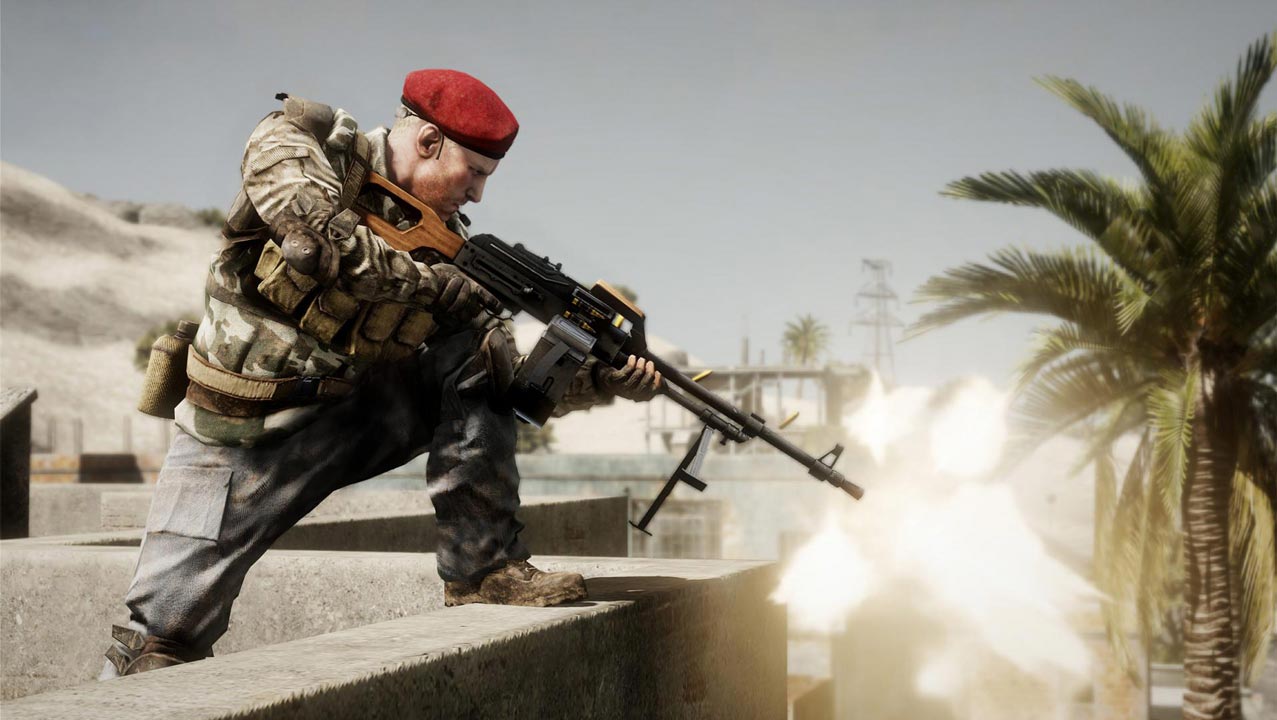 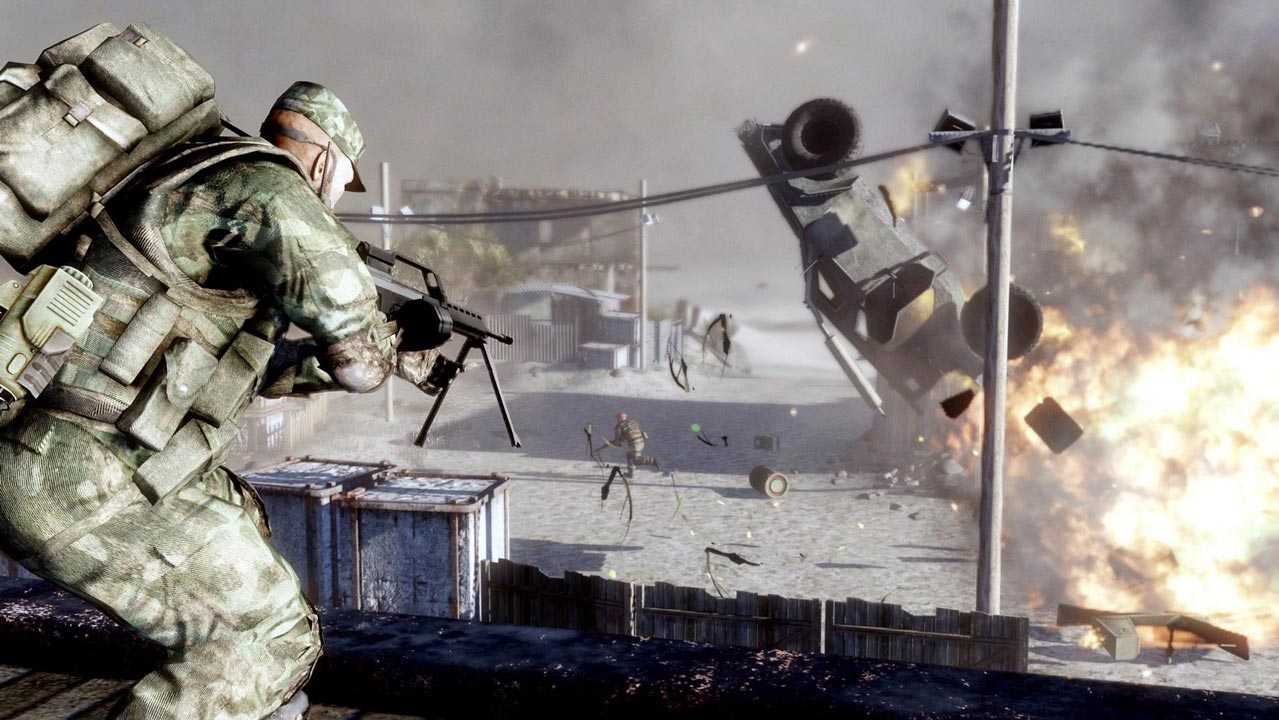 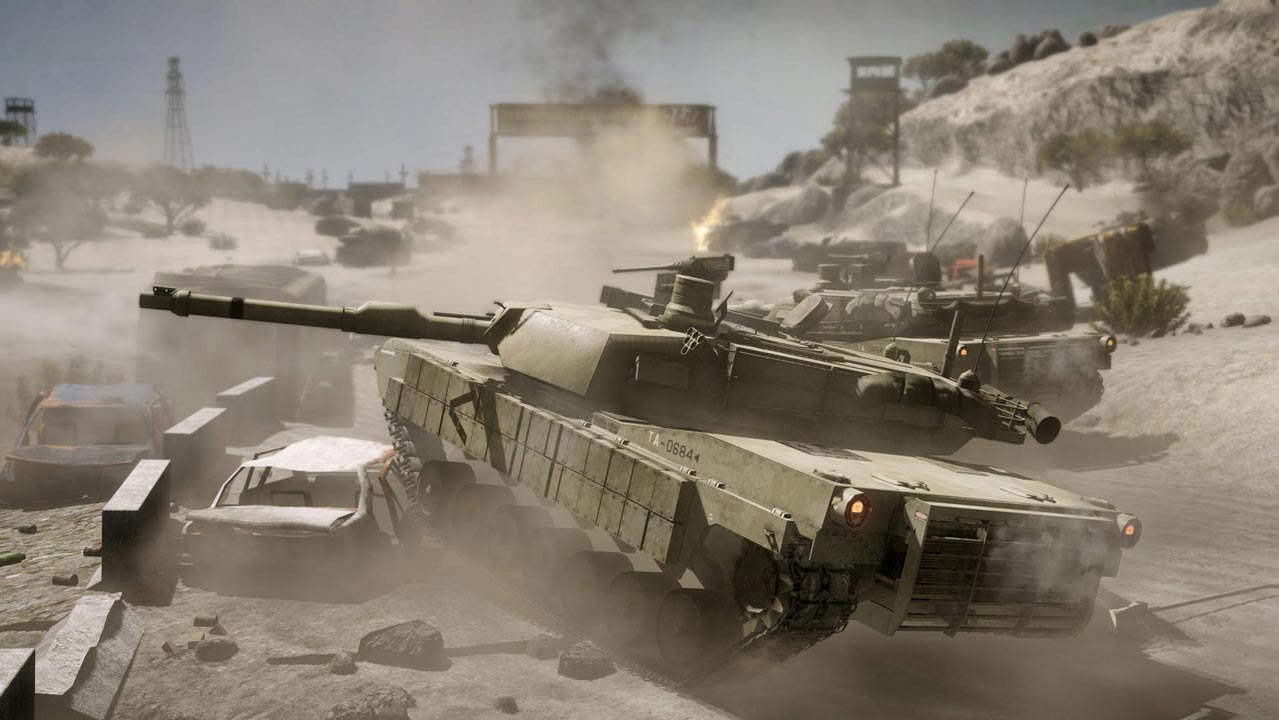 ======================================
Retaining all the best traditions of the series, Battlefield: Bad Company 2 offers fans the attention of a lot of games interesting new features. Fighting to be in very different circumstances: in the snowy forests and jungle, in the hot deserts and inaccessible mountains, which involves the use of appropriate tactics. Also, players will be able to realize the unique tactics, using in combat new types of equipment, including all-terrain vehicle (ATV) and a transport helicopter UH-60. In addition, the project provided ample opportunities for modification of equipment and various devices that greatly expand the number of available sets of equipment, weapons and combat vehicles. Due to improvements made by developers in a unique graphics engine, Frostbite, the game used in modern visual effects, realistic damage system.

• Hot Spots. Eight huge maps for multiplayer battles, each of which presents different types of game environments, implying a variation of tactics and scenarios for achieving victory.
• Military equipment. Fifteen species of terrestrial, marine and aerial combat vehicles, including all-terrain vehicle and a transport helicopter UH-60. Each machine offers unique advantages in battle.
• Team fight. Two special mode for playing in a team of four people, allowing to receive special awards and achievements.
• The total annihilation. Any object can be destroyed: punching holes in walls, players can create a comfortable firing positions, destroying the building - to deny the enemy cover.
• My own game. The four character classes (medic, paratrooper, reconnaissance, and engineer), thirteen specialties, more than fifteen thousand options and equipment, forty-six models of weapons and options for modifications of two hundred and fifteen kinds of devices - experiment, each player can create his own style of fighting.
• Honors and awards. For the successful execution of tasks and the impact of the fighting players are awarded awards - badges, stars and medals, as well as the assigned rank.