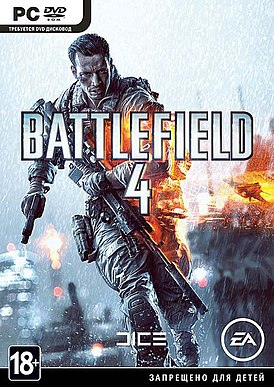 ABOUT THE GAME:
Game Description:
Battlefield 4 is the defining action-packed action movie for the genre, woven from moments that blur the line between game and magnificence. Based on the powerful and reliable graphics technology of Frostbite 3, Battlefield 4 offers you to immerse yourself in a unique gaming environment that is striking in its realism.
Only in Battlefield can you destroy buildings in which the enemy is hiding. Only in Battlefield will you lead the assault while aboard an armed boat. Battlefield gives you even more freedom in actions and actions, allowing you to use your advantages and pave your own path to victory.

In addition to the standard multiplayer mode, Battlefield 4 has a rich drama campaign with interesting characters, which begins with the evacuation of American VIPs from Shanghai and talks about your team’s further attempts to find a way home.
It does not compare with anything. Immerse yourself in the magnificent chaos of total war, characteristic only for games in the Battlefield series.