Battlefield 3: Back to Karkand + GIFT 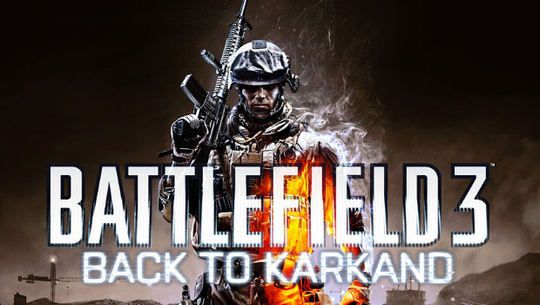 Subscribe
Sold: 0
Uploaded: 02.03.2012
Content: text 19 symbols
Loyalty discount! If the total amount of your purchases from the seller aSq1x more than:
If you want to know your discount rate, please provide your email:

aSq1x information about the seller and his items
offlineAsk a question

!!! WARNING !!! GIFT Every third client (in random order) to leave positive feedback after the purchase of the game, get on your Email, given when purchasing goods, an individual activation key gift games on Steam. Subscribe key is made within 48 hours, excluding weekends since write a review.

CAUTION
To install the add-ons installed requires a licensed version of the game Battlefield 3 with all updates.

The large-scale thematic addition to the game Battlefield 3. For series veterans an opportunity to once again make a raid on the places of military glory in arms, and for recruits - some fighting on the battlefields of the legendary Battlefield 2.

The Back to Karkand includes four classic maps, made on the revolutionary game engine Frostbite 2, popular types of weapons and military equipment - from Battlefield 2, as well as new tasks, achievements and awards.

Features:
• Fight on four legendary maps from Battlefield 2, modernized with the help of software technology Frostbite 2: Strike at Karkand, Wake Island, Gulf of Oman and Sharqi Peninsula - is now everywhere you can to destroy any buildings and objects.
• Operate military equipment, including desert buggy and vertical take-off aircraft.
• Expand your arsenal of ten new weapons and battle in the classic mode, Conquest Assault.
• Perform a variety of tasks to get extra weapons and five new types of tokens.
\u003cdelivery\u003e This product is distributed through the digital distribution, it represents the only pin and does not contain any packages and boxes. \u003c/delivery\u003e

NOTE: This activation key in Origin.

========== To start the game you need: ==========
1. Download and install Origin. (Http://www.origin.com/download)
2. Start Origin.
3. Select the language and the place where the game is installed.
4. Go to the "Origin-Set up and manage."
5. Select "Activate product code."
6. Enter a key received after payment.
7. After the game activation tab appears with your profile and the list of activated games.
8. Select the Battlefield 3 and press "Start".
9. Download and install the game.

PS: In order to you after activation Karkand not offer to buy it is necessary to perform addition - Exit / log in origin. Similarly with batllog. + Upgrade batllog.

Related to item "Battlefield 3: Back to Karkand + GIFT":