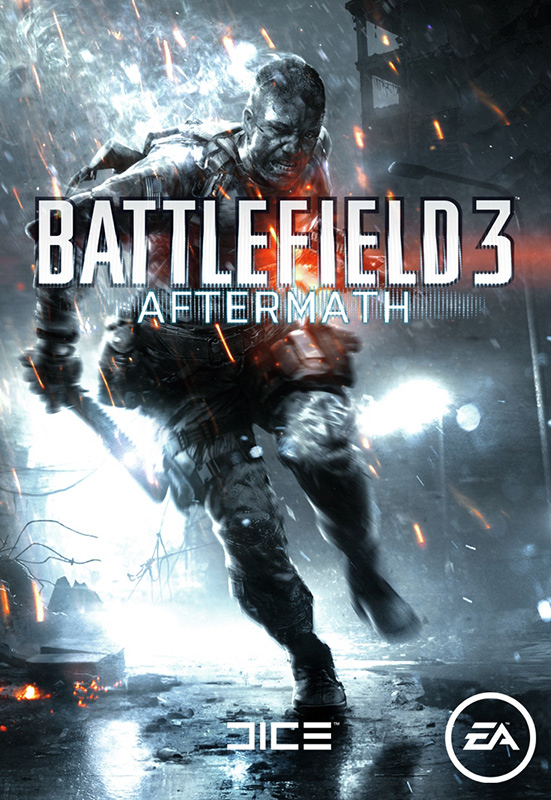 Uploaded: 02.10.2015
Content: text 89 symbols
Loyalty discount! If the total amount of your purchases from the seller GameMarket more than:
If you want to know your discount rate, please provide your email:

Buying from us Battlefield 3: Aftermath You are guaranteed to get the license key activation after payment.

Rise from the ashes! Revive your army and fight for total domination on the four maps of the city, destroyed by an earthquake. The warring parties have to fight in the mud among the debris on the ground and in buildings. As a player will be a means of support - modified armored vehicles and civilian technology capable of warfare.

Features Supplement Battlefield 3: Aftermath:
• Four new maps, which unfold intense urban combat.
• silent destruction of the enemy from the new crossbow.
• Three new pieces of equipment in the field turn into fighting machines.
• The new regime Scavenger, in which players, armed with pistols, should look for more powerful weapons in order to increase the chances of survival.
• New jobs and personal achievement badges.

This activation key in Origin. To start the game you need:
1. Download and install Origin. (Http://www.origin.com/download)
2. Start Origin.
3. Select the language and the place where the game is installed.
4. Go to the "Origin-Set up and manage."
5. Select "Activate product code."
6. Enter a key received after payment.
7. After the game activation tab appears with your profile and the list of activated games.
8. Select the Battlefield 3 and press "Start".
9. Download and install the game.