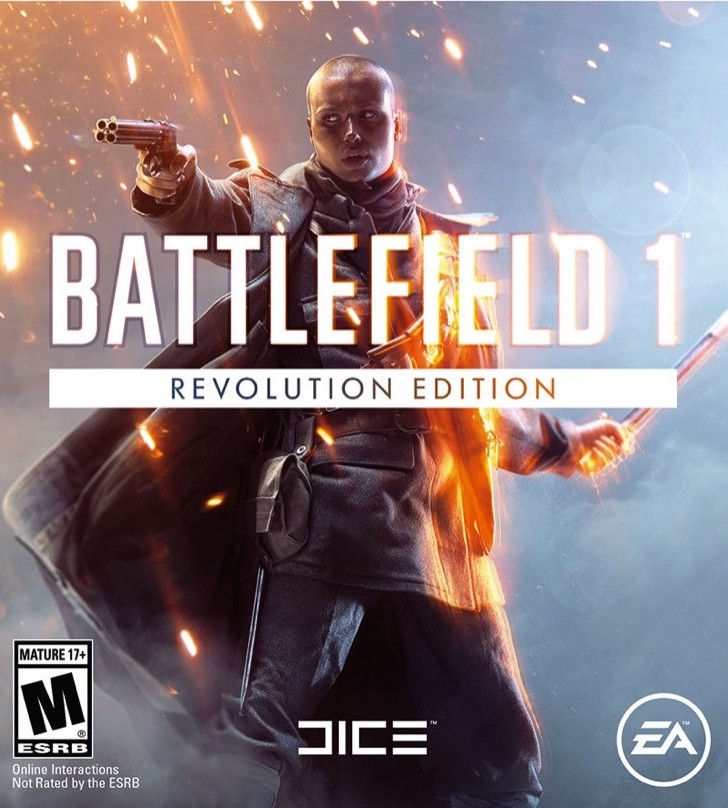 Battlefield 1 Revolution is a complete set that contains:

Battlefield 1 basic game
Become a witness to the dawn of world wars in Battlefield 1. Open a new world in an exciting campaign or join a massive network of team battles with support for up to 64 players. Fight in the role of infantryman or control the stunning technique on earth, in the air and at sea.

Battlefield 1 Premium Pass
Four thematic additions with new network cards, new weapons and much more.
Battlefield 1 "They will not pass"
Battlefield 1 "In the Name of the Tsar"
Battlefield 1 "Waves of Change"
Battlefield 1 "Apocalypse"
Kits "Red Baron", "Lawrence of Arabia" and "Infernal fighters" - with themed weapons, equipment and emblems, based on the famous heroes and units of that war.