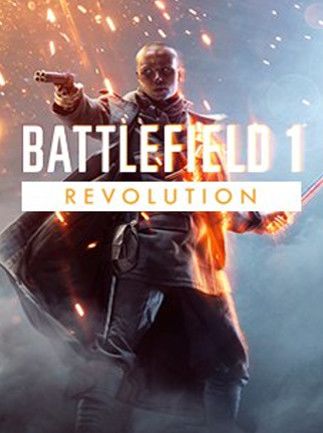 * INSTANT DELIVERY AFTER THE CONFIRMATION OF YOUR PAYMENT *

ATTENTION! After purchase, you can absolutely free to get a random (random) activation key for the game under Steam. JUST LEAVE A POSITIVE FEEDBACK for the goods with a request to send a bonus, and within 2-4 days the key will be sent to the e-mail you specified when purchasing!

After payment of the order, the system automatically (without our participation) will instantly send you a link to the mail for access to the official activation key of the game: BATTLEFIELD 1 REVOLUTION EDITION

Activating the key:
1. Download and install the Origin program (http://www.origin.com/download).
2. Start Origin.
3. Select the interface language and the location where the game will be installed.
4. Go to the "Origin-Activate Product Code" section.
5. Enter the key. After that, the game will appear in the library of games, where you can download and play it.