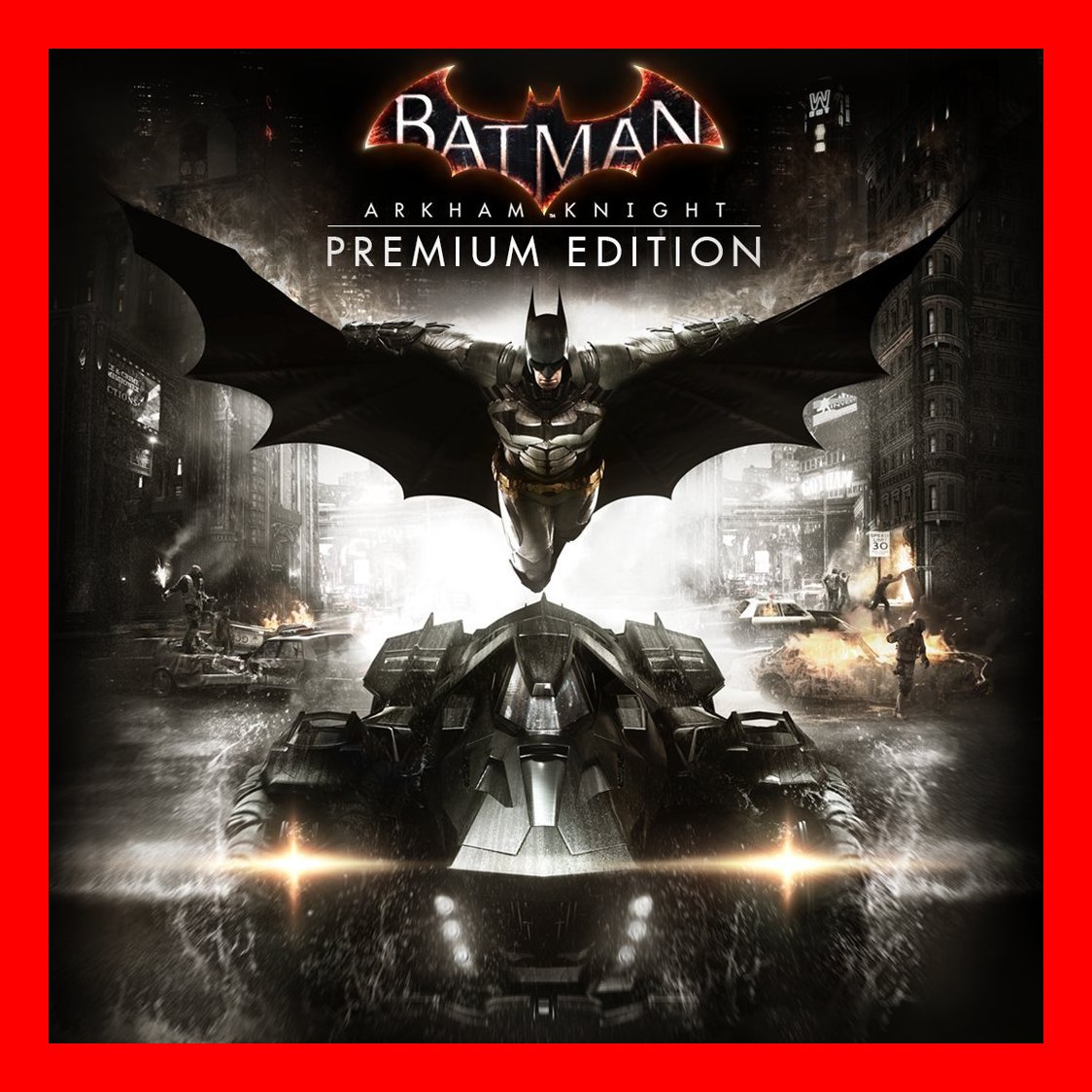 MALINOVIY information about the seller and his items
onlineAsk a question

Dear customers! To avoid confusion, it is necessary from now on to record a video of purchase of the goods until the input data provided by the post office / account. Complaints buyers regarding incorrect data will be considered only if the buyer will provide the video, which will be sealed with the purchase of goods and try to login on the purchased data. These rules apply to all. Seller reserves the right to refuse without the support of the video.
Buying from us "Batman: Arkham Knight Premium Edition" you are guaranteed to receive a license activation key immediately after the payment.
* The game is associated with your Steam account permanently.

The kit includes:
• Batman: Arkham Knight,
• Batman: Arkham Knight Season Pass.
Game description:
Batman: Arkham Knight solemnly celebrated Arkhemskuyu completes a trilogy of games from Rocksteady Studios. The game was created specifically for the new generation of platforms, and it is a unique version of the Batmobile will be presented. The appearance of this amazing machine waiting for a very long time. It is designed to naturally complement the game mechanics and give the player really feel like Batman - now he can and soar over the city, and the wind sweep through its streets. What is very useful, because never before Gotham is not in danger of this magnitude - a shock series finale brings Batman to the Scarecrow, who had returned to unite against him a gang of super-villains and finally kill him.

Key features:
• Becoming Batman: in the final part of the trilogy Arkhemskoy from Rocksteady Studios is given the opportunity, as never before to get used to the role of the Dark Knight. It is promoted and the Batmobile, and improve brand elements of the game: the focus of continuous combat, covert action, search for clues and navigation.
• Batmobile: Dark Knight faithful machine is brought before us in an updated form and with high-tech filling. Breakneck speed and absolute permeability allow overtake any criminal, and in combat mode Batmobile turns into a real tank.
• All Gotham at a glance: the first time players will be fully available to the entire city. He will grow up to five times compared to Batman: Arkham City, and every nook and cranny will continue to be worked out with great care.
• The capture of dangerous criminals: players can immerse themselves in the chaos on the streets of Gotham. They will be provided with a meeting with the major figures of the criminal world, and will be able to choose - whether to hunt in certain villains or follow the storyline.
• New techniques and devices: players arsenal replenished with new fighting techniques and high-tech devices.