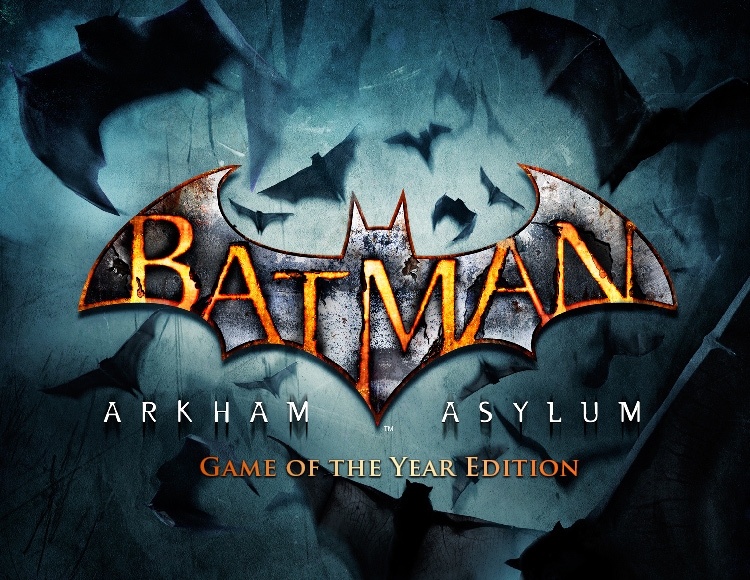 After payment you get a link on which you can get the license key of the game Batman: Arkham Asylum - Game of the Year Edition from the official supplier - the company "Buka", for activation in the system STEAM.

The critically acclaimed game "Batman: Arkham Asylum" (English Batman: Psychiatric Arkham) is back in the new edition of "Game of the Year", which includes 4 new maps for the test mode. New maps for the test mode - Alley of crimes; The Scarecrow´s Nightmare; Complete madness and Night hunter (the last two - from the set of cards "Mad night").

Use the unique FreeFlow ™ combat system and easily create endless combinations of hits during close combat with huge Joker groupings;
Investigate the role of Batman, the greatest detective in the world, and solve the most complex puzzles with tools such as X-ray vision, fingerprint scanner, amido-black spray and a pheromone tracer.
Challenge the greatest villains of Gotama, like Joker, Harley Quinn, Poison Ivy and Killer Crock.
Become an invisible predator with Batman, having received a unique surveillance camera, move imperceptibly to enemies and exterminate them without unnecessary noise.
Choose among a variety of methods of extermination of enemies, including, you can dive on the enemy from the sky or stun him through the wall.
Explore every inch of Arkham´s psychiatric hospital, move freely around the infamous island, first presented so realistically.
Experience what it is like to be Batman, using betarangs, explosive gel, bootleg, code sequencer and crossover.
Uncover even more mysteries, performing hidden tasks, and get for them additional experience points that you can spend on developing and customizing your outfit.
Enjoy the complete freedom of Batman´s superhero using the hook to get to any place that you see, or jumping from any height and hovering in any direction.