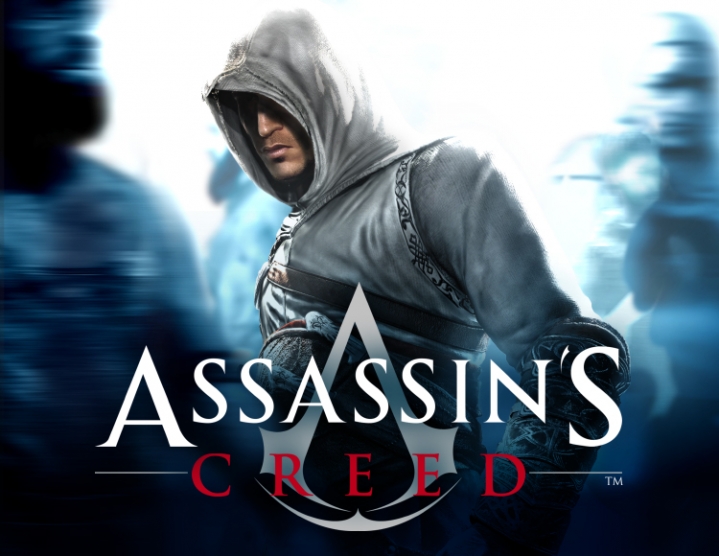 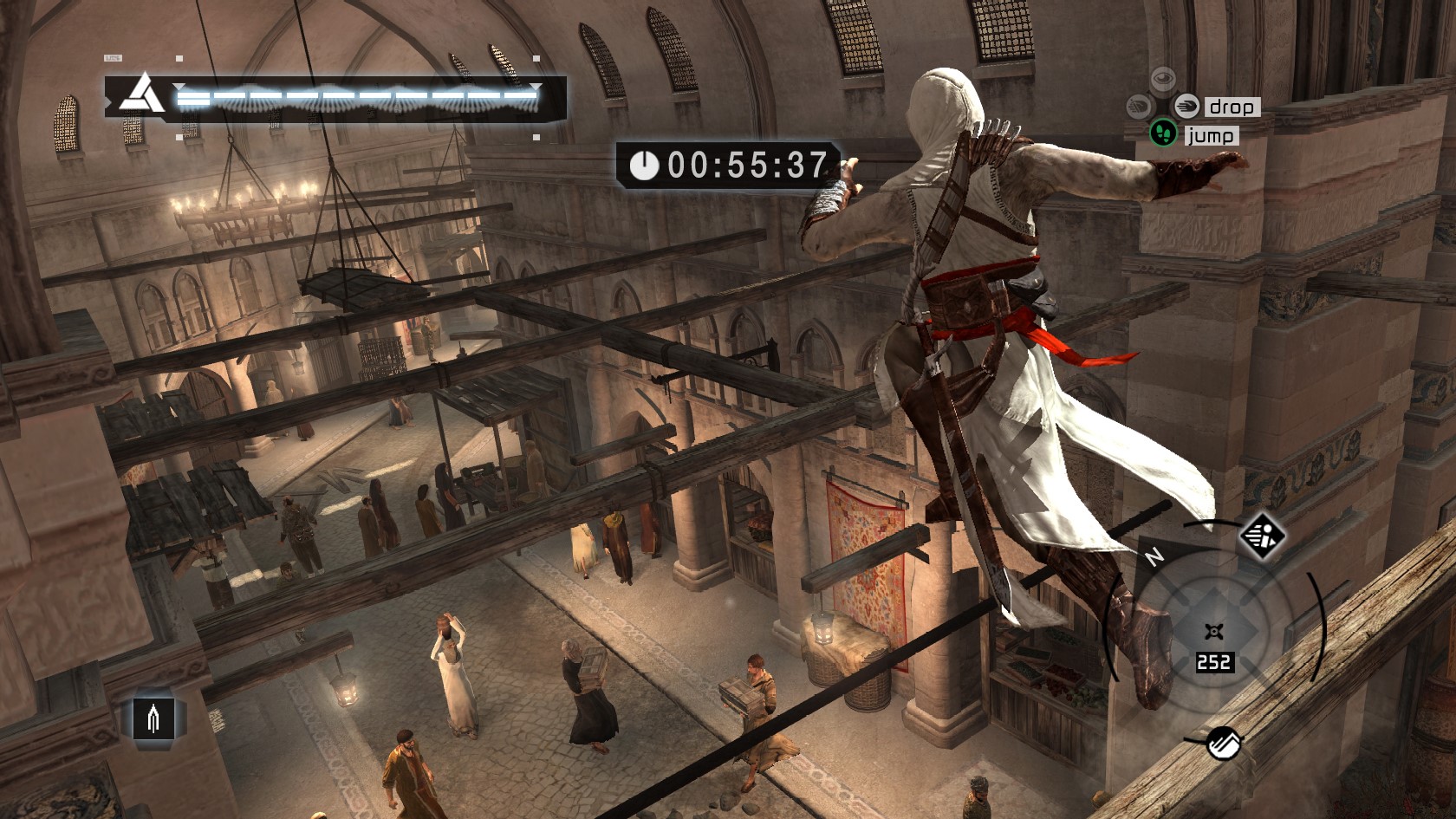 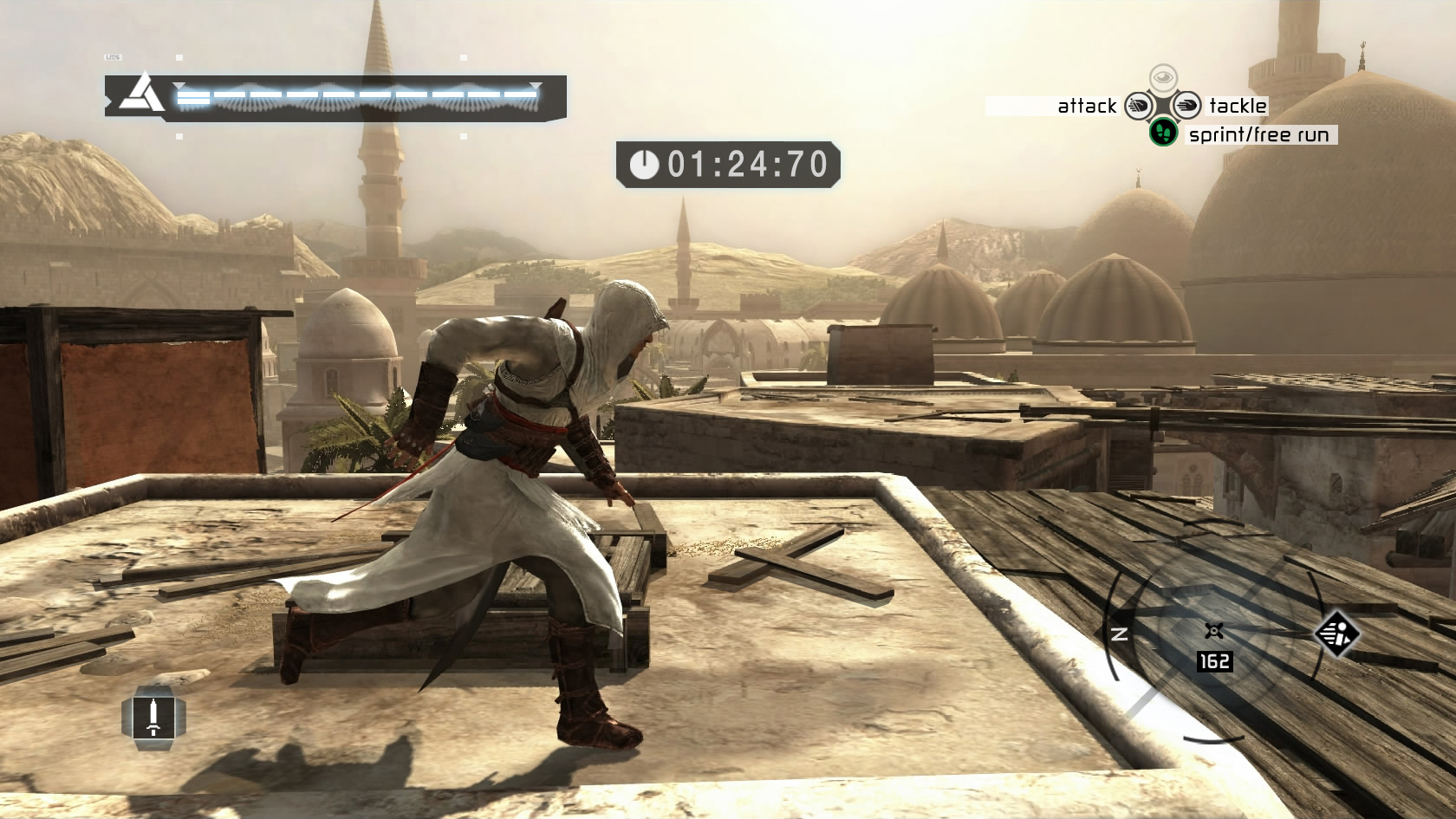 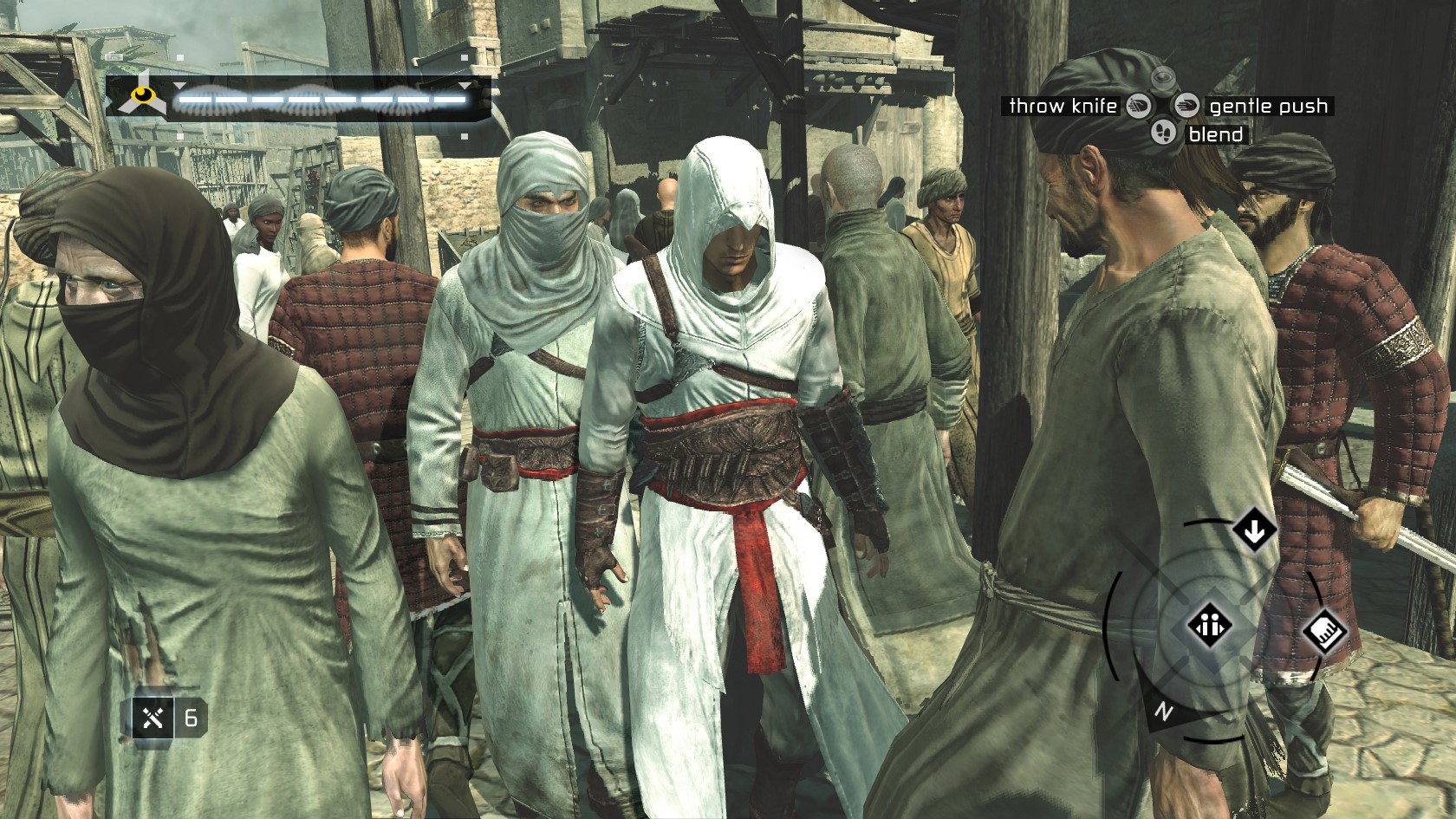 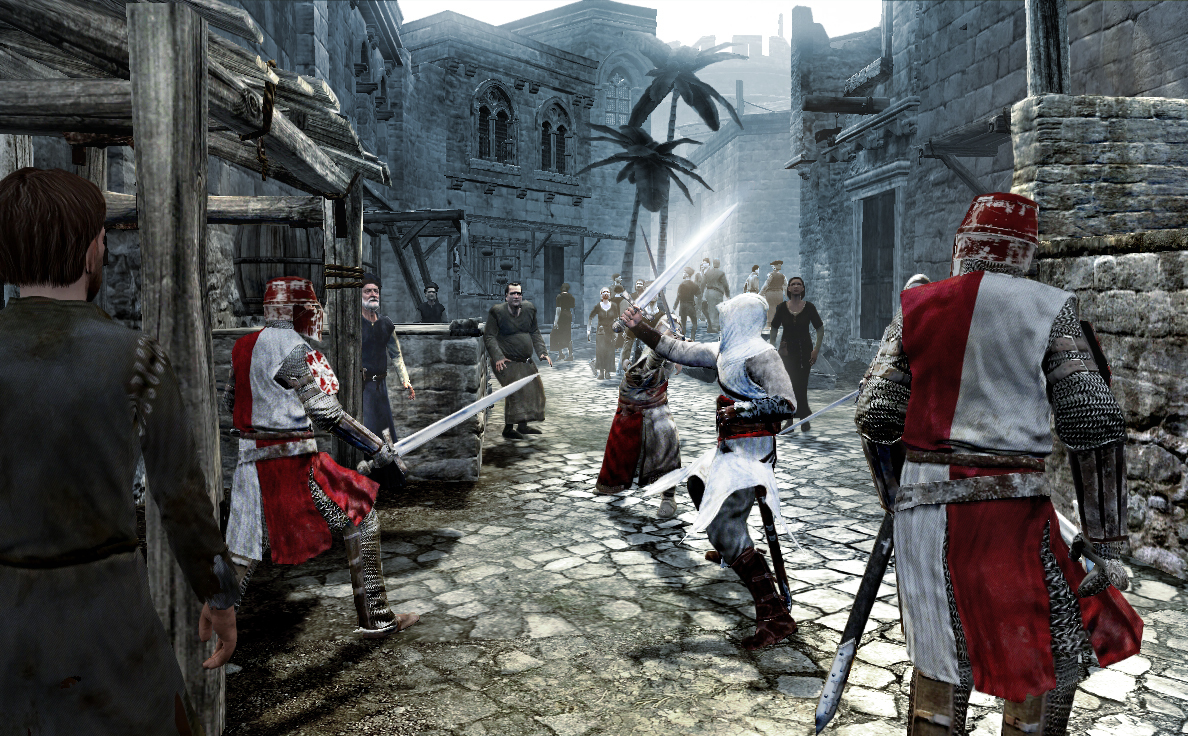 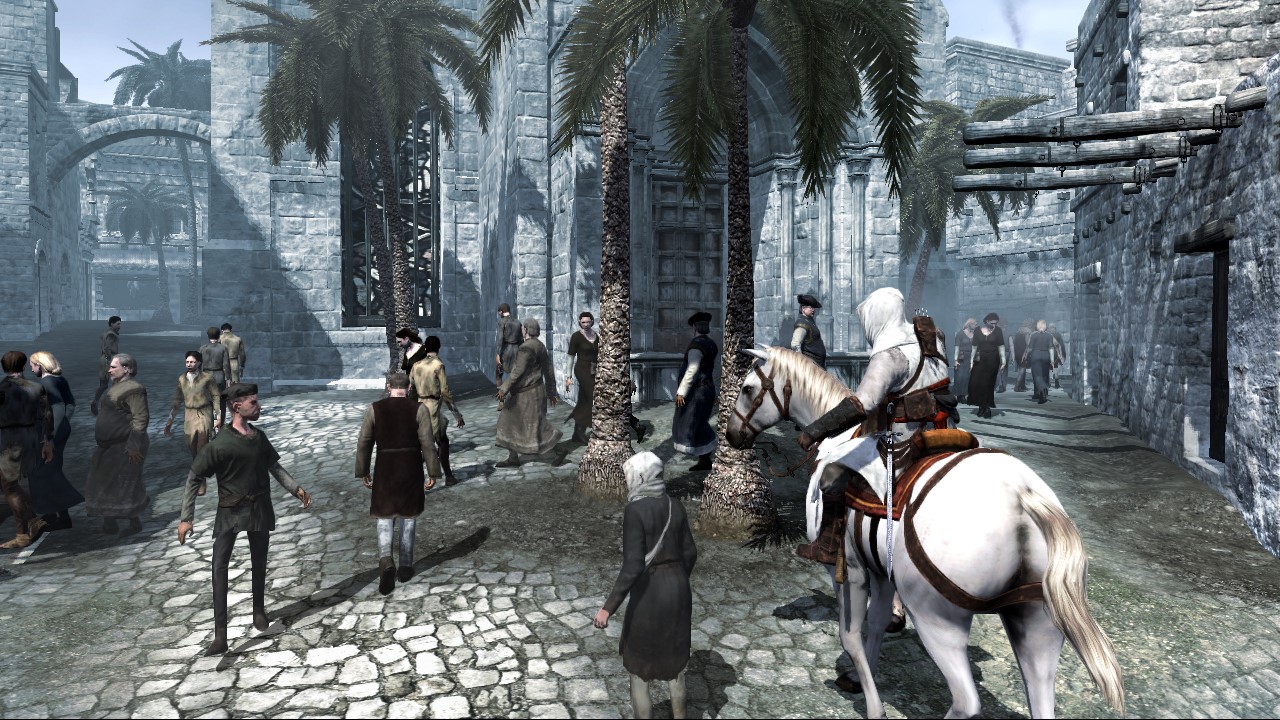 Description:
Assassin´s Creed ™ is a new generation game developed by Ubisoft Montreal, which changed the idea of ??the action genre. While other games pretend to be called the new generation, trying to impress us with graphics and physics, Assassin´s Creed merges technology, game design, motives and feelings into a world where you cause chaos and become a powerful but vulnerable death agent.
The action takes place in 1191 AD. The third crusade led to the emergence of internal contradictions in the Holy Land. You, Altair, intend to stop the war, suppressing both sides of the conflict.
You are an assassin, a merciless warrior, wrapped in a veil of mystery. Your actions can throw the immediate environment into chaos, and your life will determine events during this central moment in history.
Become an assassin - Master the skills, tactics and techniques of using the most deadly weapons in the history and the most secret clan of warriors. Plan your attacks, attack mercilessly and fight your way to salvation.
Try exclusive content for PCs - Four exclusive PC research missions make the game better than its console predecessors, including the test-race on the roofs - the race to a certain place - and the test for secretly destroying archers, where the player must clear a certain area from all the archers to help friendly assassins.
A realistic and reactive environment - Experience the impression of a living, breathing world in which all your actions have consequences. People react to your actions and will either help or hinder you in carrying out your tasks.
Action with absolute freedom of movement in space - Eliminate your goals always, everywhere and under any circumstances. Sneak up to your victim in a well-detailed, historically authentic, free environment. Climb the buildings, saddle the horses, merge with the crowd. Do whatever is necessary to achieve your goals.
Survive the epic moments of the Crusades - Assassin´s Creed immerses you in a realistic and historic Holy Land of the 12th century, offering plausible graphics, surroundings and elusive, yet elaborated nuances of the living world.
Tense action with roots in reality - Intensive action mixed with moving and accurate animation. Use a wide range of medieval weapons in realistic dueling swords face to face with enemies.
A new generation of gameplay - A patented engine developed from the ground up for new generation consoles makes possible an organic game design that offers open gameplay, an intuitive control scheme, realistic interaction with the environment and mobile but accurate combat mechanics.