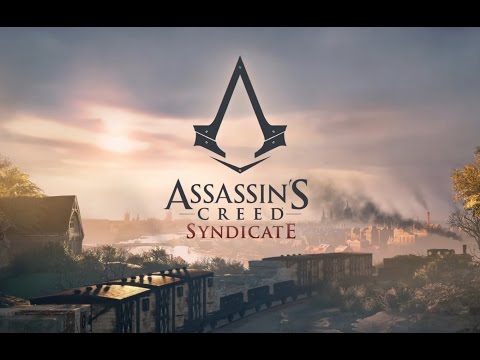 Uploaded: 22.11.2021
Content: text 20 symbols
Loyalty discount! If the total amount of your purchases from the seller SOFT-KLUB more than:
If you want to know your discount rate, please provide your email:

Description of the game:
London, 1868. Industrial revolution, an era of incredible inventions. Previously unthinkable technologies are changing the lives of millions. People flock to London, inspired by new opportunities, eager to become a part of a new world over which kings, emperors, politicians and priests will have no control, a world where money will equalize everyone.

However, not everyone considers such a world to be a blessing. The workers who power the mighty locomotive of the British Empire are little different from slaves. While others reap the fruits of their labor, workers live in poverty and die young. Representatives of the lower classes, dissatisfied with their position, unite in gangs, starting a struggle for life. And the assassins join this struggle, ready to reignite a long-smoldering conflict with those in whose hands the power over London. This battle will sweep across the city, changing history.

Meet Jacob Fry, the assassin who, with the help of his sister Evie, is destined to change the lives of millions in the new Assassin´s Creed® Syndicate game. Take control of the underworld and lead it to free London. Intrigue, adventure, brutal battles - all this awaits you in the new game!

Features of the game:
• The first assassin at the dawn of a new era. Play as the daring and brave Jacob Fry. Get ready to wave your fists, don´t forget about counterattacks and lightning strikes, slaying enemies one by one. Kill stealthily, use new weapons: kukri, brass knuckles and blade-cane. Shengbiao will now help you climb buildings in seconds. Give your enemies a deadly surprise!
• Explore booming London. The open world of Victorian London awaits you, from Buckingham Palace to the Whitechapel slums. Track down enemies or hide from pursuit by jumping on rushing carriages. Steal cabs and take part in ultimate races on the streets of London. Don´t forget the Thames, there are now steam boats!
• Take control of the underworld of London. Help Jacob become the leader of Britain´s most formidable gang. This is the only way to fight the rival gangs and the wealthy in power, bringing freedom to the oppressed masses. Penetrate the lairs of enemies, using all available weapons, become the head of the underworld of London. Rob trains, free children who are forced to work - stop at nothing while bringing justice to the streets of London.