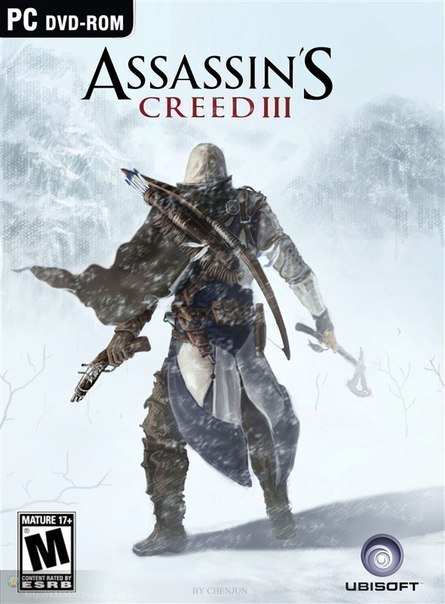 Uploaded: 29.03.2013
Content: AC3UE_001 (5).txt 0,09 kB
Loyalty discount! If the total amount of your purchases from the seller Nickcd more than:
If you want to know your discount rate, please provide your email:

Instant delivery! Activation Key Code for the game Assassins Creed 3 Ultimate Edition is displayed in the browser immediately after ordering!

XVIII century was one of the worst in the history of the North American continent. After more than 20 years after the conflict, the 13 American colonies were ready to go to war with their mother country - the British Empire. Bloodshed was inevitable!
At this time, from the ruins of another ruined village, a new assassin, who was to fight for justice and freedom in the heart of the flame of the revolution.

Features Assassin's Creed 3:
• Destroy your enemies using advanced arsenal of weapons, including a tomahawk, pistols, bows and blades.
• Discover the large populous city, bordering the huge and extremely dangerous expanses of wilderness.
• A new game engine will make the fight for independence even more colorful and realistic.

The composition of the Season Pass:
• Access to 5 biggest additions that will come out from December 2012 to March 2013.
• DLC 1 will include all bonuses Deluxe edition of the game. The release will take place on 4 December (11 December supplement will be available for separate purchase).
• Global Discount - save up to 20% of all additions to place your order Season Pass.

Template jboard - poster for the Joker Board 3. 0