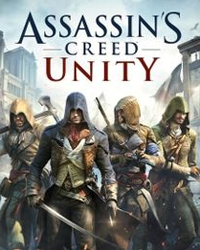 After payment of the order, the system automatically (without us) instantly send you
mail a link to download the license activation key games:
Assassin´s Creed Unity
The game will only be enabled in your account XBOX ONE! (Not activated in Uplay, Steam or Origin)

Activation:
- Enter the code on your console or sign on http://www.xbox.com/live site

Our reliability tested over the years:
* More than 3 years plati.market !!!
* More than 30 thousand sales over 2500 positive feedback !!!
https://plati.market/asp/seller.asp?id_s=172340
* Webmoney Business level (BL) higher than 250 !!!
* All our keys only from authorized distributors !!!
* We take full responsibility for the products sold by us and give 100% quality guarantee !!!

About the game:
Paris, 1789. The French Revolution transformed the once beautiful city into the realm of fear and chaos.
The streets are flowing rivers of blood of commoners who dared to oppose the tyranny of the aristocracy. And while
French nation is a fratricidal war, a young man named Arno learns what forces on
In fact behind the revolution. The journey will lead him to the center of the battle for the destiny of the nation and make
of his present master assassin.

We present to you the Assassin´s Creed® Unity - the next game in the popular series on
a completely new engine, Anvil, fully converted to the new generation of consoles. You will find yourself in
the heart of the French Revolution, to see all the most important events of the time, from the Bastille
before the execution of King Louis XVI, and will help the people of France choose a new destiny for themselves.