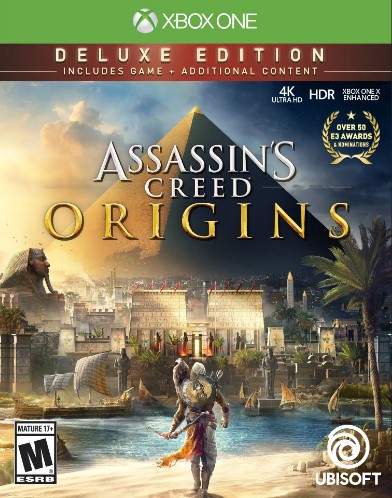 
You will receive the key in your personal account http://www.oplata.info.
Also, a link to the page with the key will be sent to your email specified upon purchase.


Platforms - FOR XBOX ONE / X CONSOLE | S Key 🌍🔑
- A VPN with ARGENTINA connection is required to activate the key 🌏
- After activating the game WITHOUT REGIONAL RESTRICTIONS
- Games are forever associated with your Microsoft account
- You will be able to download games in any region and at any time, with all available languages

You are about to make a journey to Ancient Egypt - one of the most mysterious empires in history - at a turning point, the events of which will become fateful for the whole world.
Learn forgotten legends, the secrets of the ancient pyramids, the secrets of the last pharaohs and the history of the creation of the Brotherhood of Assassins, written in hieroglyphs, the meaning of which has long been forgotten.
For four years, a team of specialists - the creators of Assassin´s Creed® IV Black Flag® - has been developing a game that will be the new beginning of the famous series.
You have to master a completely rethought combat system.
You can easily change unique melee and ranged weapons and attack multiple opponents at once.
Choose the skills of your assassin and complete numerous tasks while exploring the vastness of Ancient Egypt.
You will immerse yourself in exciting stories, being in the center of events that have shaped the face of civilization.

The DELUXE EDITION includes the game and the Deluxe Pack.

Uncover the secrets of Ancient Egypt and learn how the Brotherhood of Assassins was created.