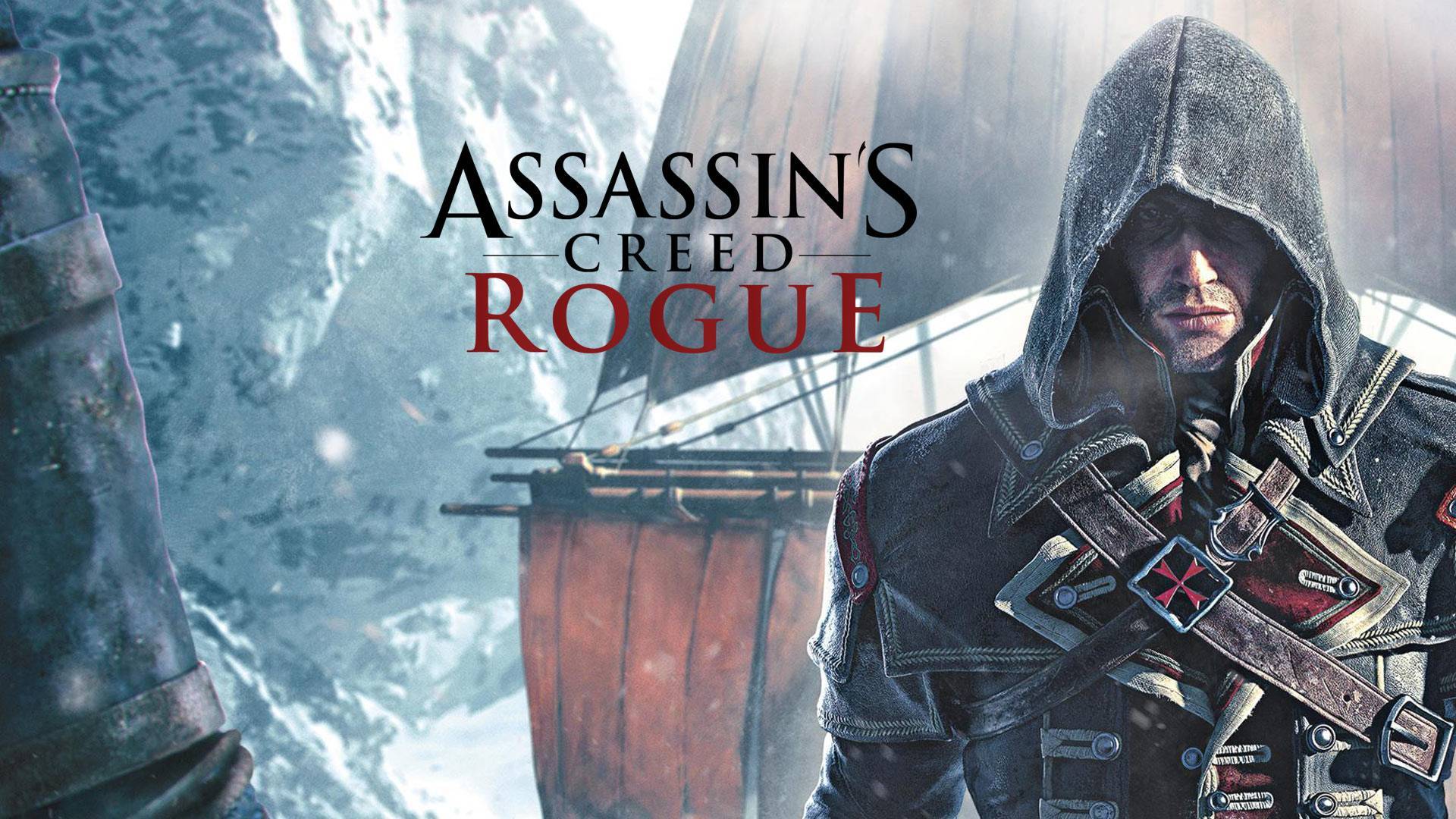 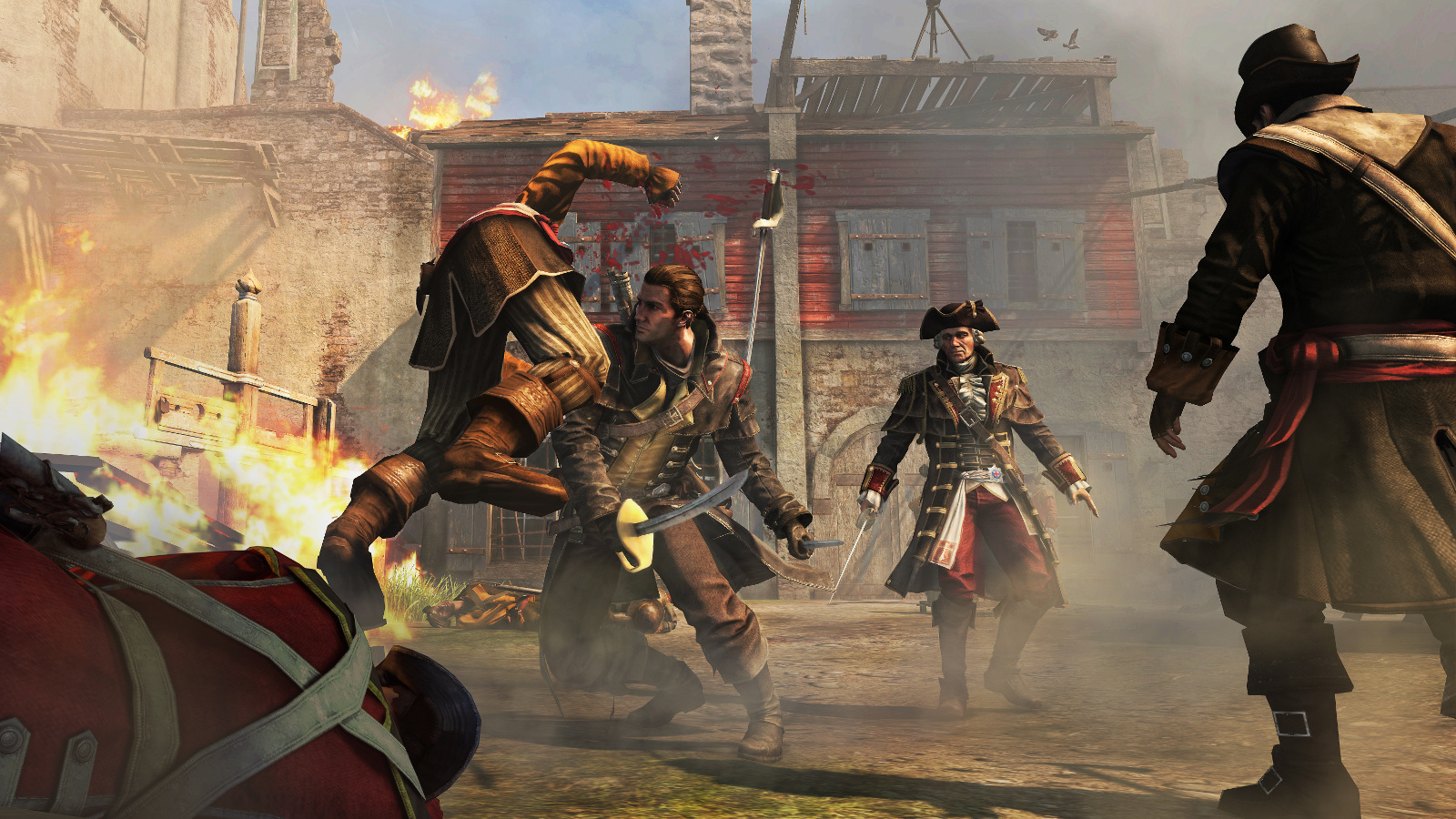 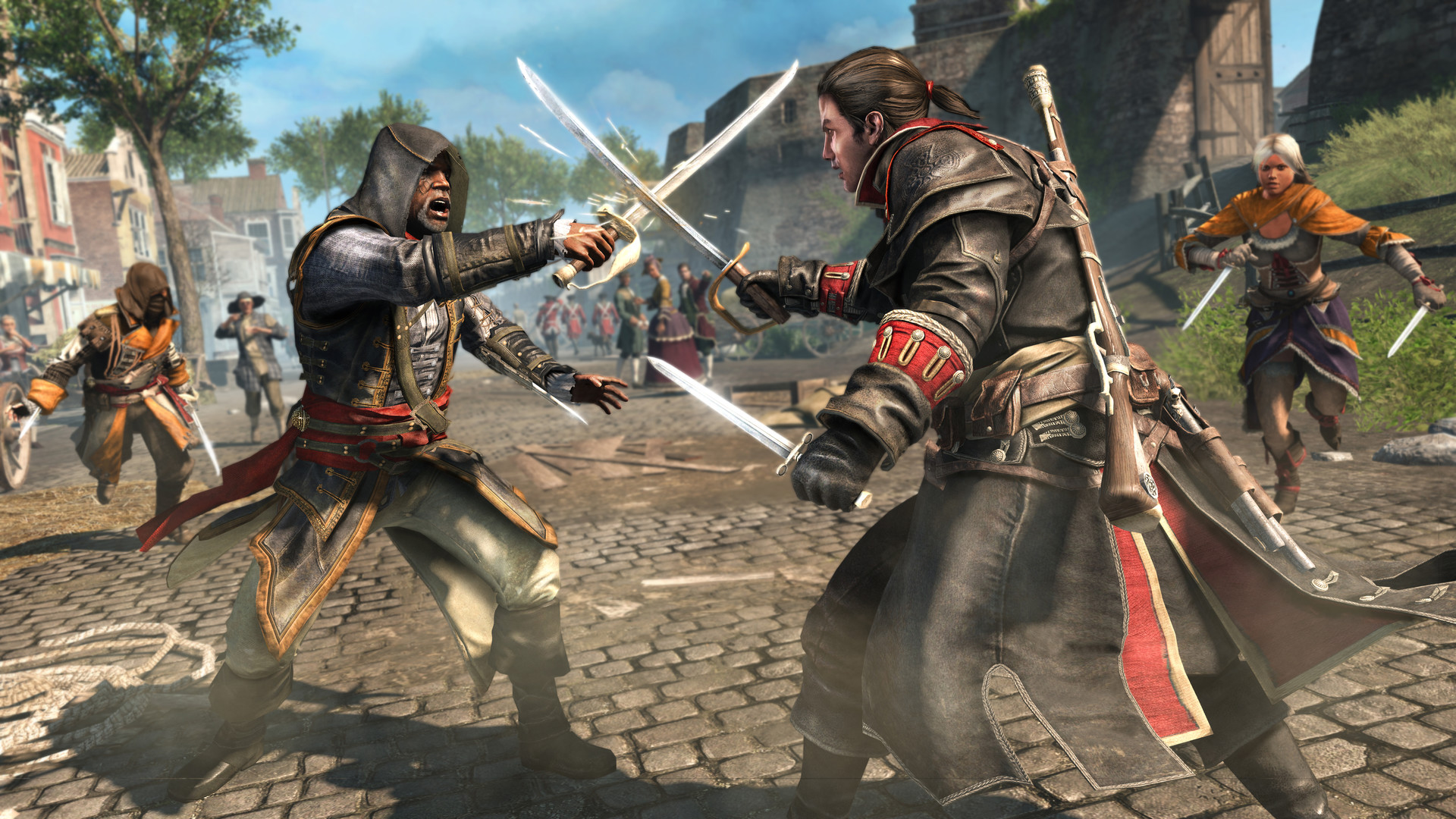 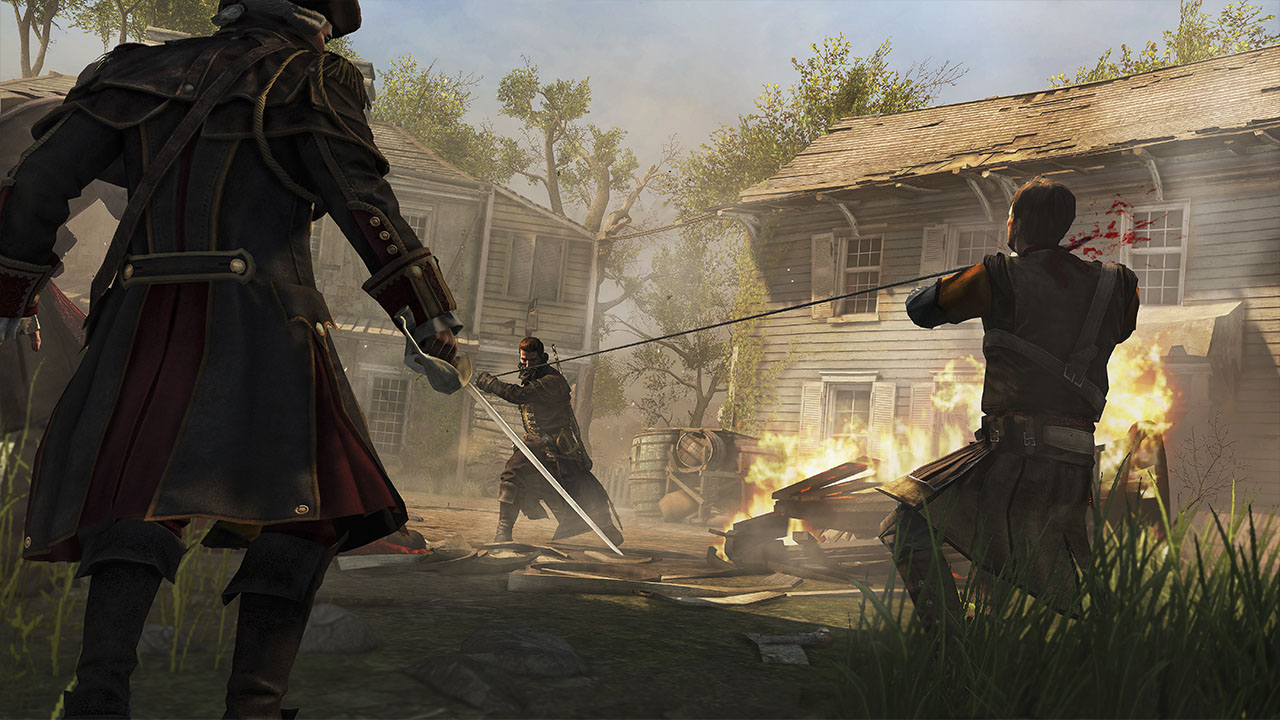 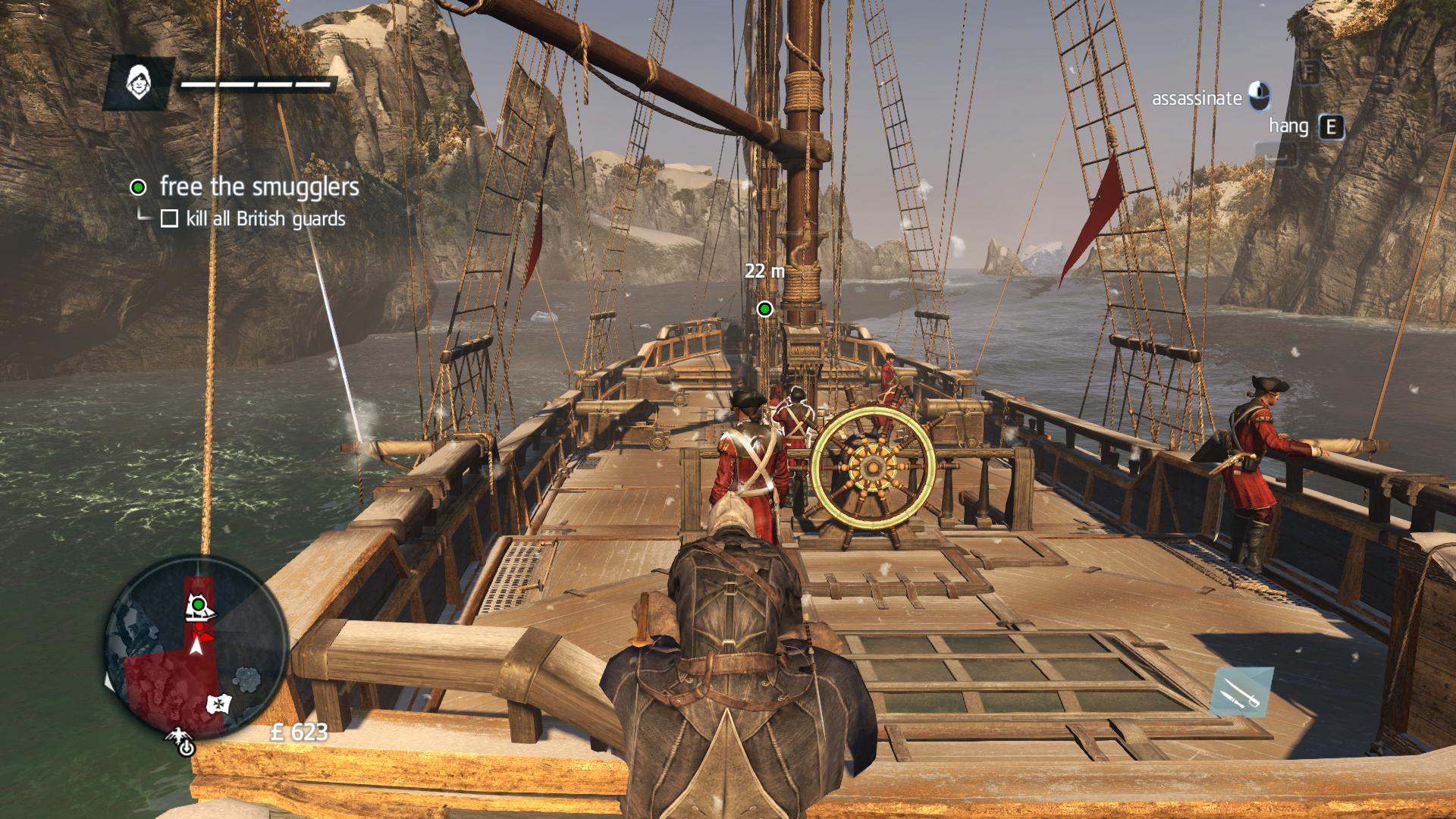 keymarkt information about the seller and his items
offlineAsk a question

ATTENTION!!!
- This key is activated in Uplay
- Package contents are subject to change without notice.

The darkest chapter in the history of the Assassin’s Creed series.
Witness the transformation of the main character from a convinced assassin into a cruel hunter for them.

XVIII century, North America.
Amid the chaos and violence of the seven-year war, the young and brave assassin Shay Patrick Kormak undergoes ideological metamorphoses.
After a dangerous mission that ended in tragedies, Shay becomes disillusioned with the Order of the Assassins and does not want to be a member of their Brotherhood anymore.
Rejected by those whom he considered his brothers, the former assassin declares his own war.
In an effort to destroy everyone who betrayed him, he becomes one of the most dangerous enemies for his former associates.

- For the first time in the history of the Assassin’s Creed series, you will be on the side of the Templars.
The main character still owns the weapons and skills of an assassin master, but now he will receive completely new equipment.

- Use Shay´s deadly rifle in both melee and ranged combat.
Distract opponents or ruthlessly deal with them using various ammunition, including a variety of bullets, shells and grenades.

- Updated eagle eyesight will help you get away from chasing, control the surroundings and figure out assassins lurking in the shadows, on rooftops or hiding in the crowd.

- Surf the expanses of the North Atlantic and travel along the narrow rivers of the mainland on the Morrigan ship.
The updated marine gameplay will open up a lot of opportunities for you: set fire to enemy ships with burning oil, without missing a shot, boarding teams from Pakl´s rapid-fire gun, look for secluded places where you can hide from pursuers during sea battles.

- Explore the three unique areas that make up the vast gaming world: the northern Atlantic Ocean abounding with majestic icebergs, river valleys where you will have to travel both by water and by land, and New York, carefully recreated based on documentary descriptions of the 18th century.

Why us?
• When buying goods from us you are guaranteed to receive high-quality goods.
• In the market since 2011. Over 300,000 satisfied customers.
• We sell a wide range of products at affordable prices. (Physical Product and Digital)
• The official level of webmoney Business Level is more than 250, certificate of the Seller.
• We are the official dealer of all the largest distributors in the CIS.
• If you have difficulties with the purchase (activation), please write to us in correspondence or chat.
• We cannot solve technical support with keys via Skype, phone, etc. Only by correspondence under the goods.