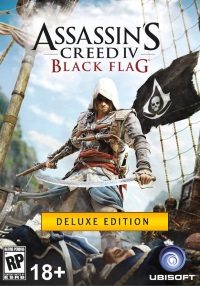 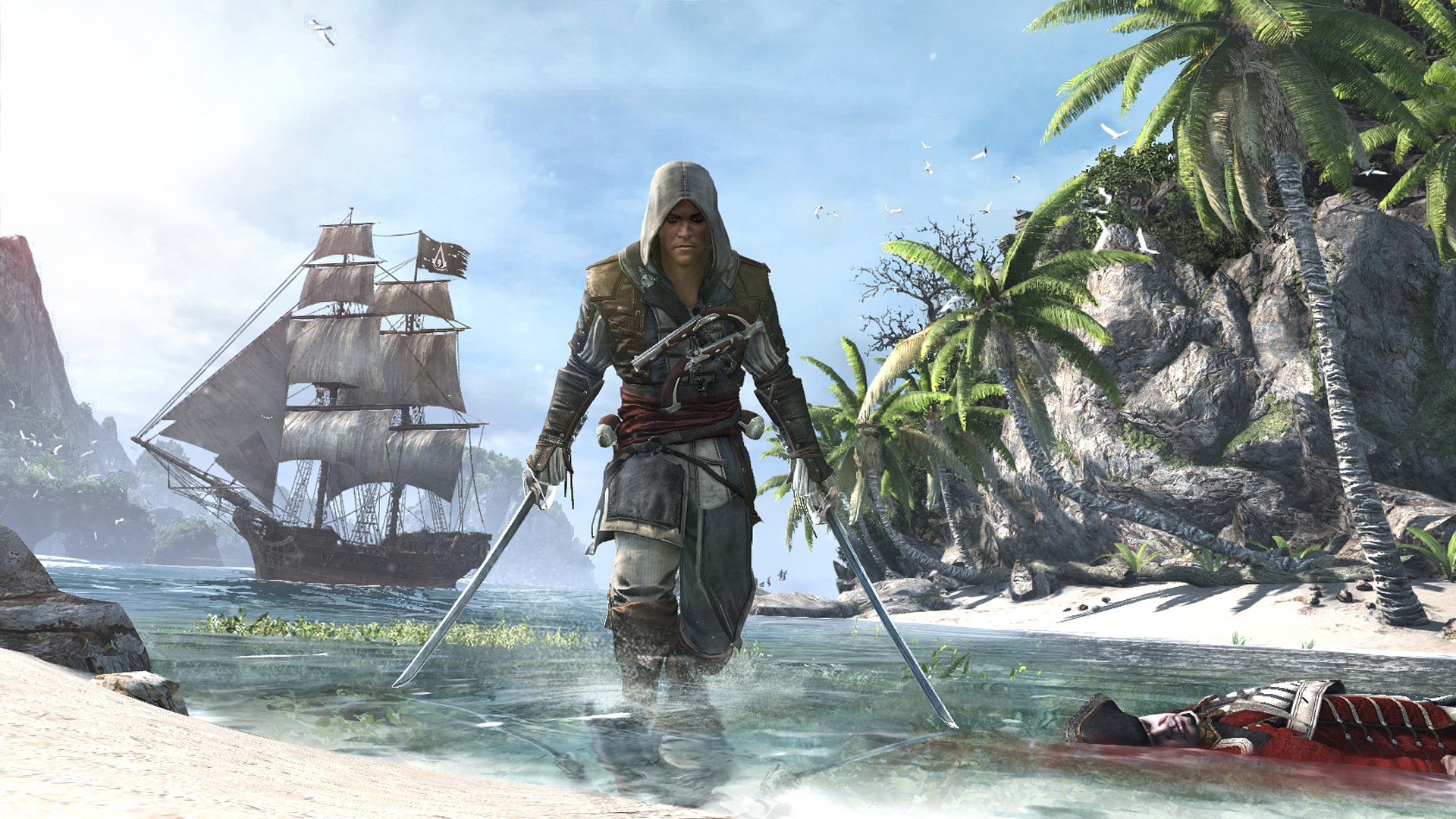 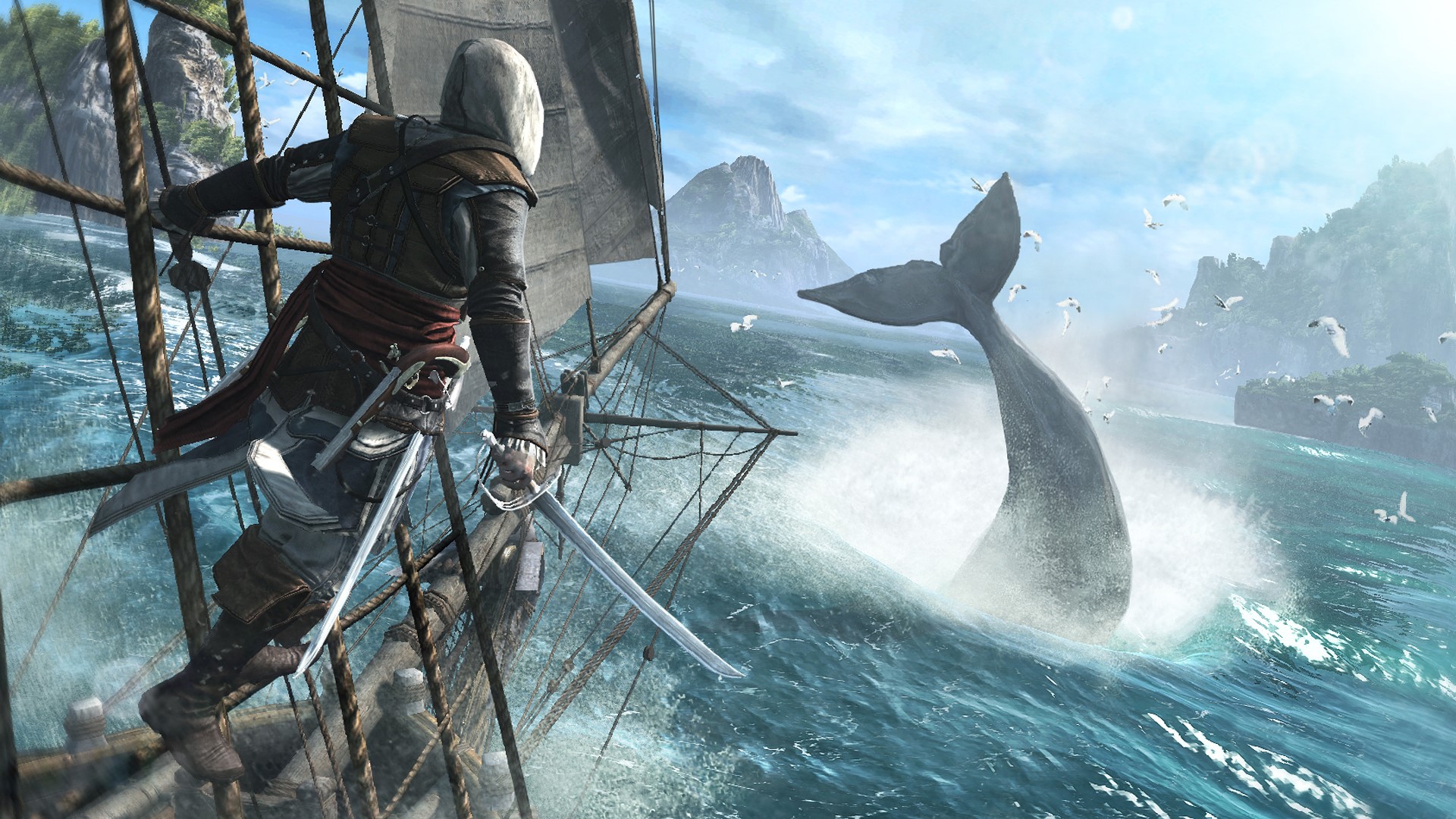 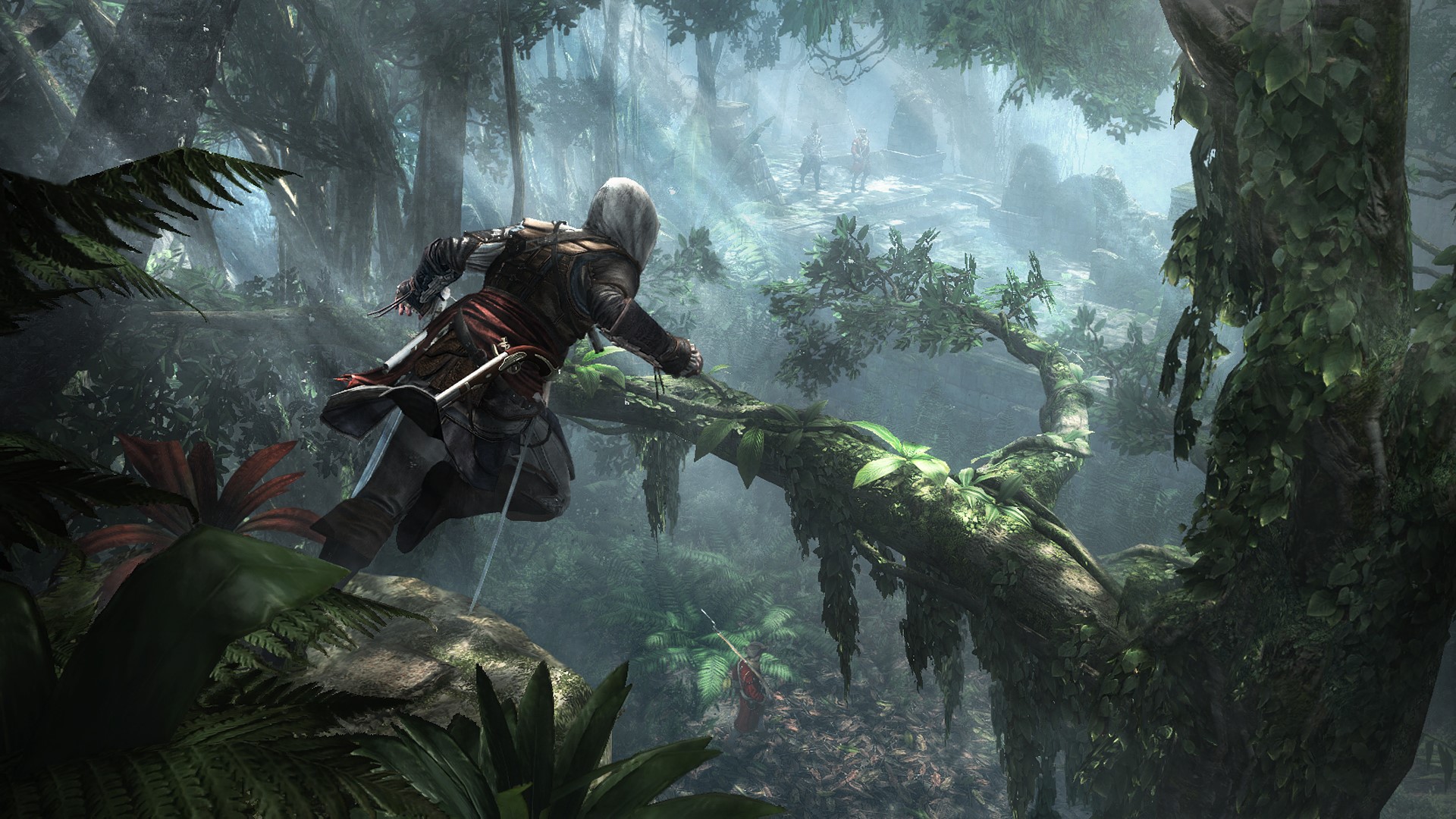 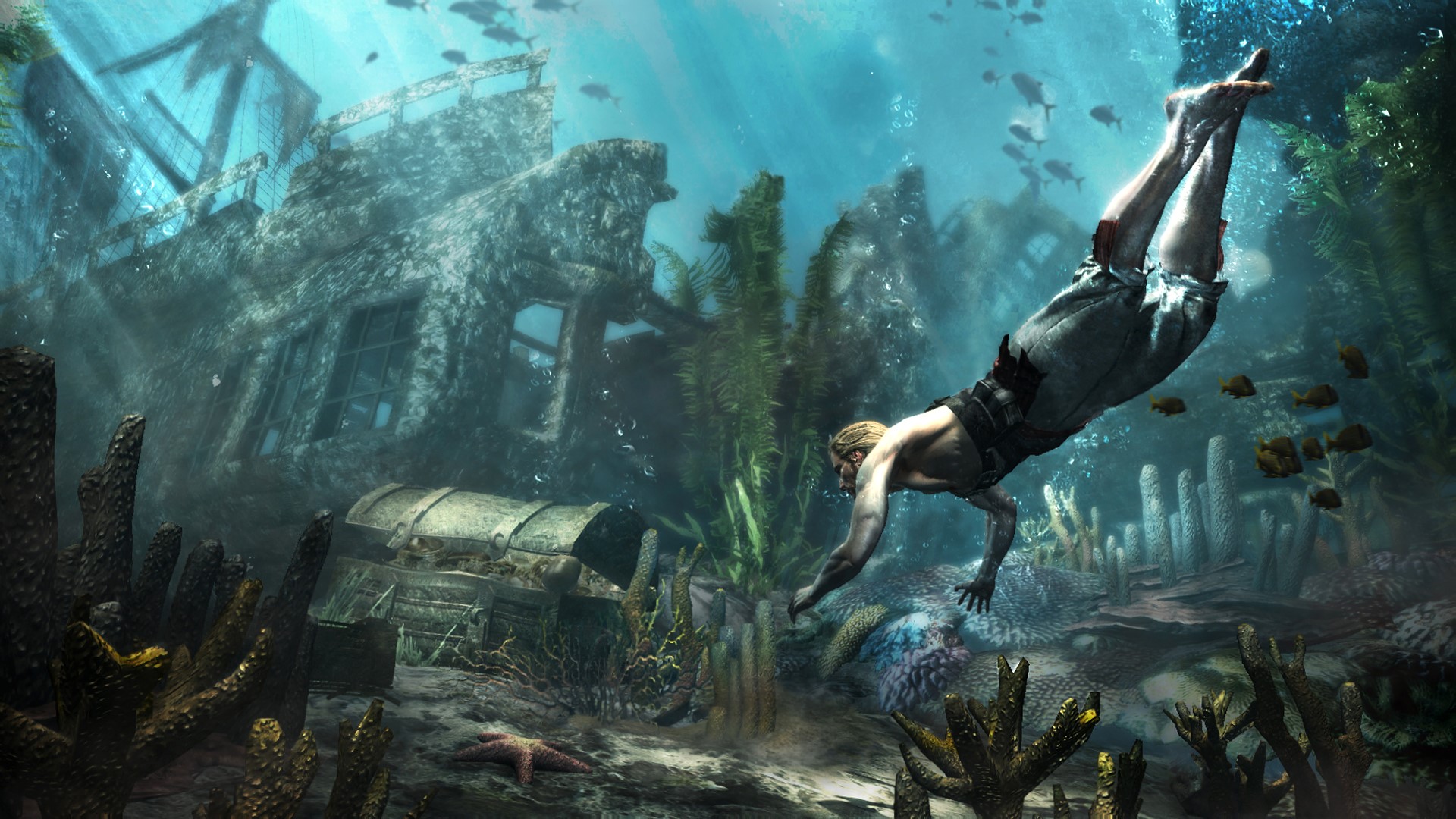 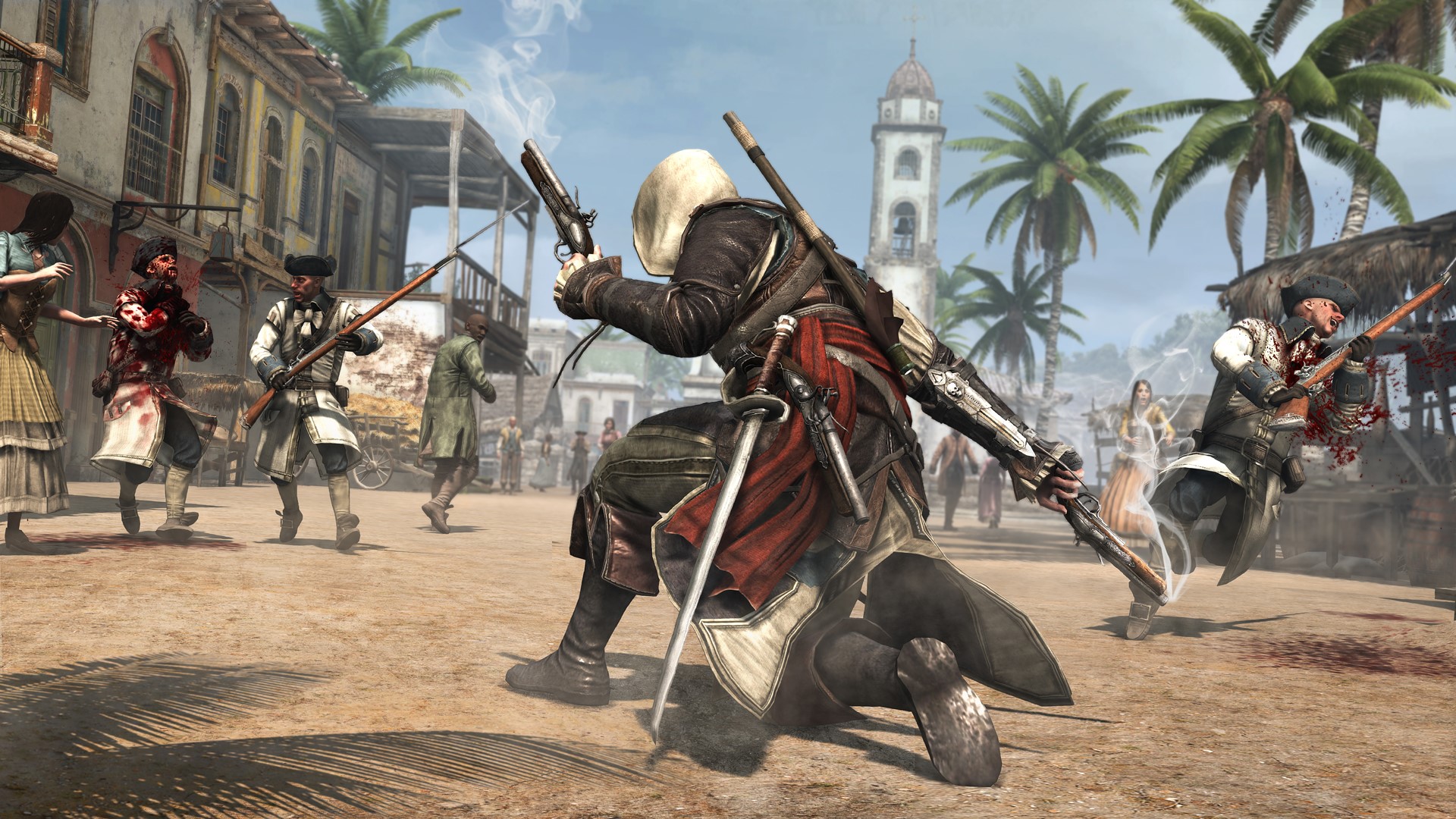 Attention! This key is activated in Uplay.

Composition Deluxe Edition:
3 single missions - Sacrificed Secrets, Black Island and Hidden Mystery, where you will find costumes, weapons, bow figures and sails. Get exclusive outfits, portraits, titles, relics and emblems for the network game!
The Castaway’s Prize - German rapiers, as well as the portrait, title, relic, and emblem of the Discoverer.

DLC "Aveline" - together with Aveline experience the amazing adventure, consisting of 3 tasks, and discover the mysterious artifact of the First Civilization ... 1715 year.
Filibusters have created their own state, where lawlessness and cruelty reign. Being an honest pirate is not an easy task, but achievable. That´s what Assassin’s Creed IV: Black Flag is about. Fight for love and justice, fight the legends of the seas, organize the republic of pirates in the Bahamas and live through the events that determined the golden age of pirates. Real pirates must swim along the whole world! Together with captain Edward Kenuey you will visit Cuba, Jamaica and the Bahamas, become a participant in naval battles, travel through the jungle and climb into the caves. You can buy Assassin’s Creed IV: Black Flag game and become the owner of your own ship. In the new part will be presented to the open world, consisting of 50 key locations, including major cities, small settlements and the Mayan ruins. By the way, the game will show some historical events. Take part in the amazing and charming adventure of Assassin’s Creed IV: Black Flag!

Game features:
Explore 50 unique locations of Assassin’s Creed IV: Black Flag from Kingston to Nassau. Become a captain and equip your own ship, go in search of lost treasures, track down rare animals and rob wrecks.
Use a new weapon: four flintlock pistols and double-edged swords, as well as the hidden blade of the Order of Assassins.
Randomly generated situations. At sea, an enemy may meet who owns a more powerful ship. Lure him into a storm or try to "go ram."
Watch the telescope beyond the horizon. Get on other people´s ships. Leave the boat on the boat at any time you need. Opportunity to dial the command ship.

Kingdom Come: Deliverance Treasures of the Past Global