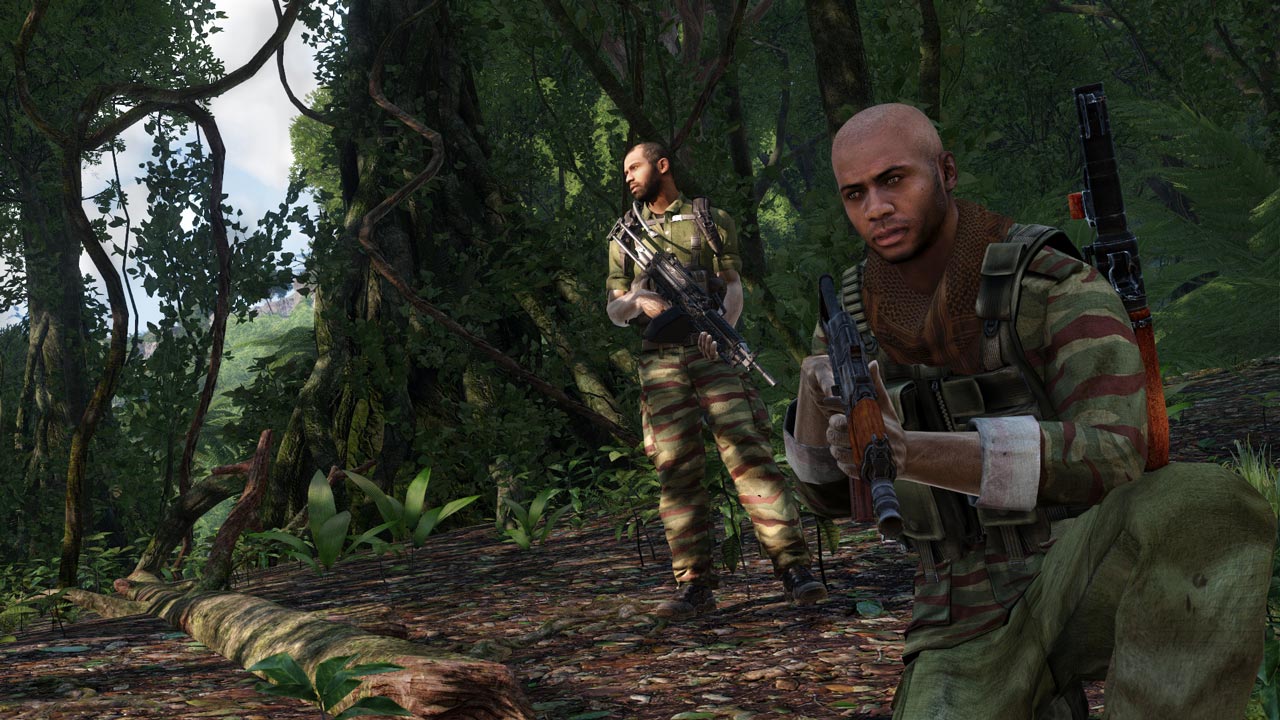 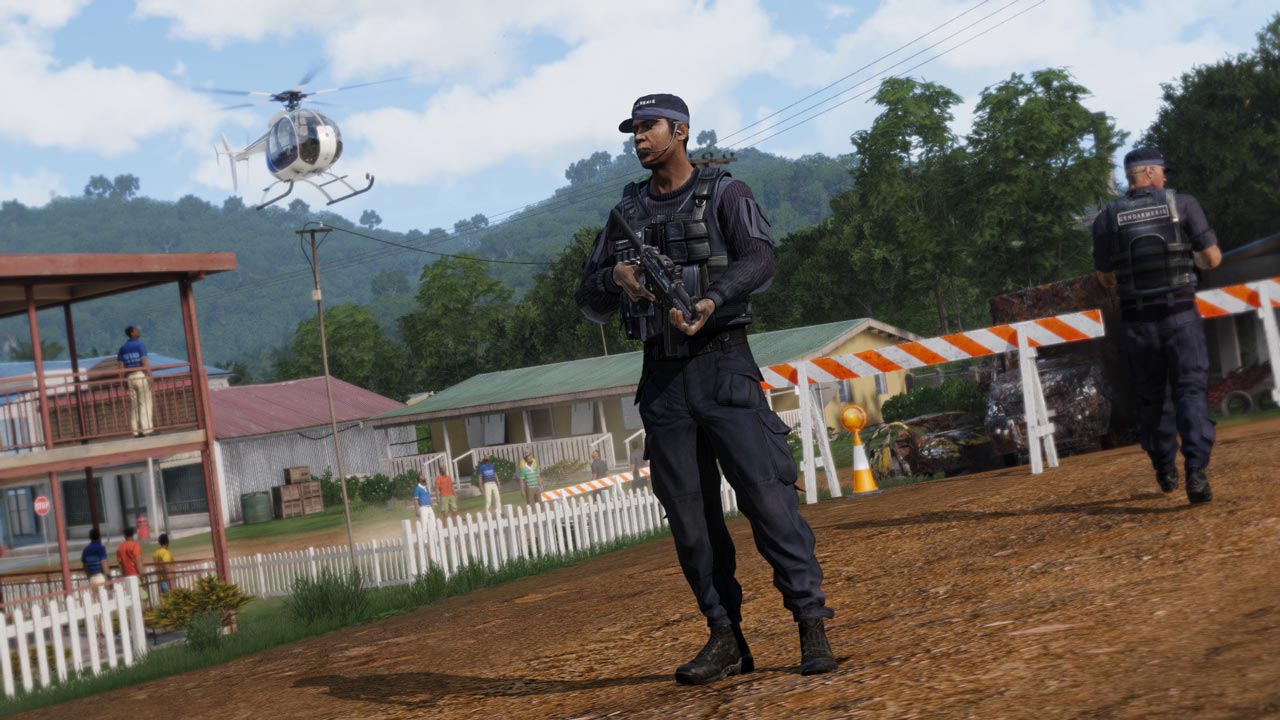 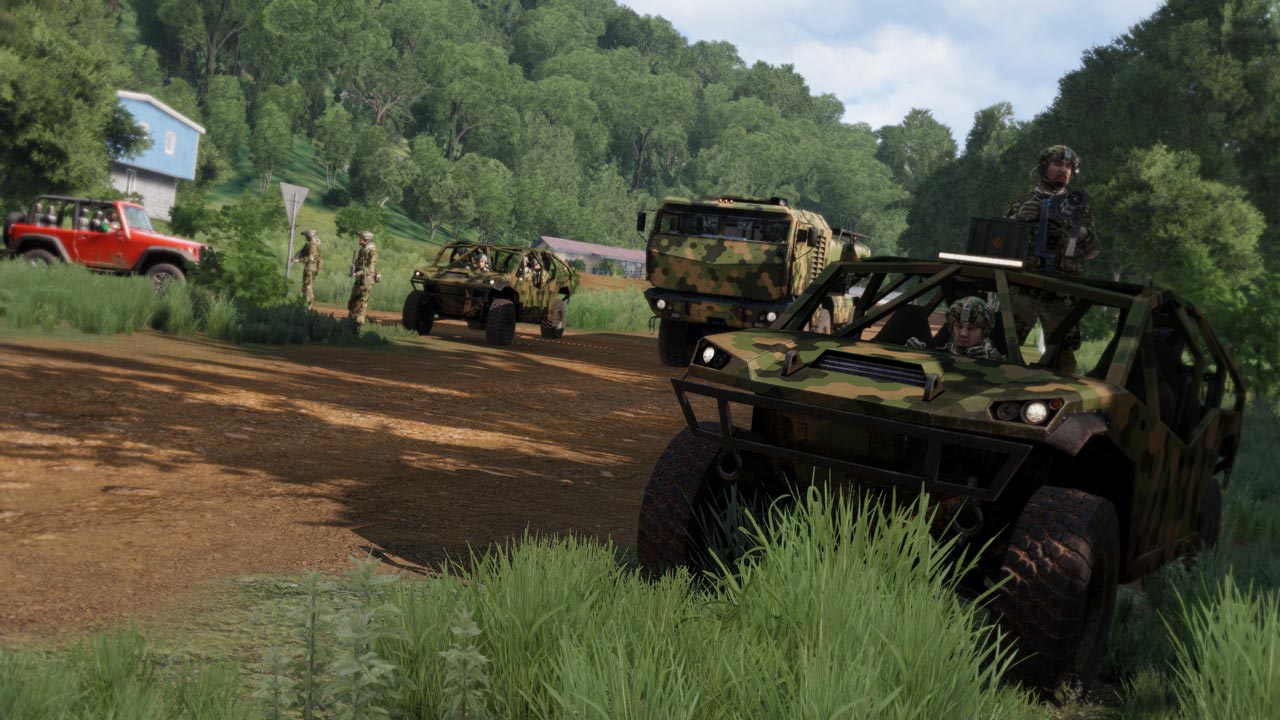 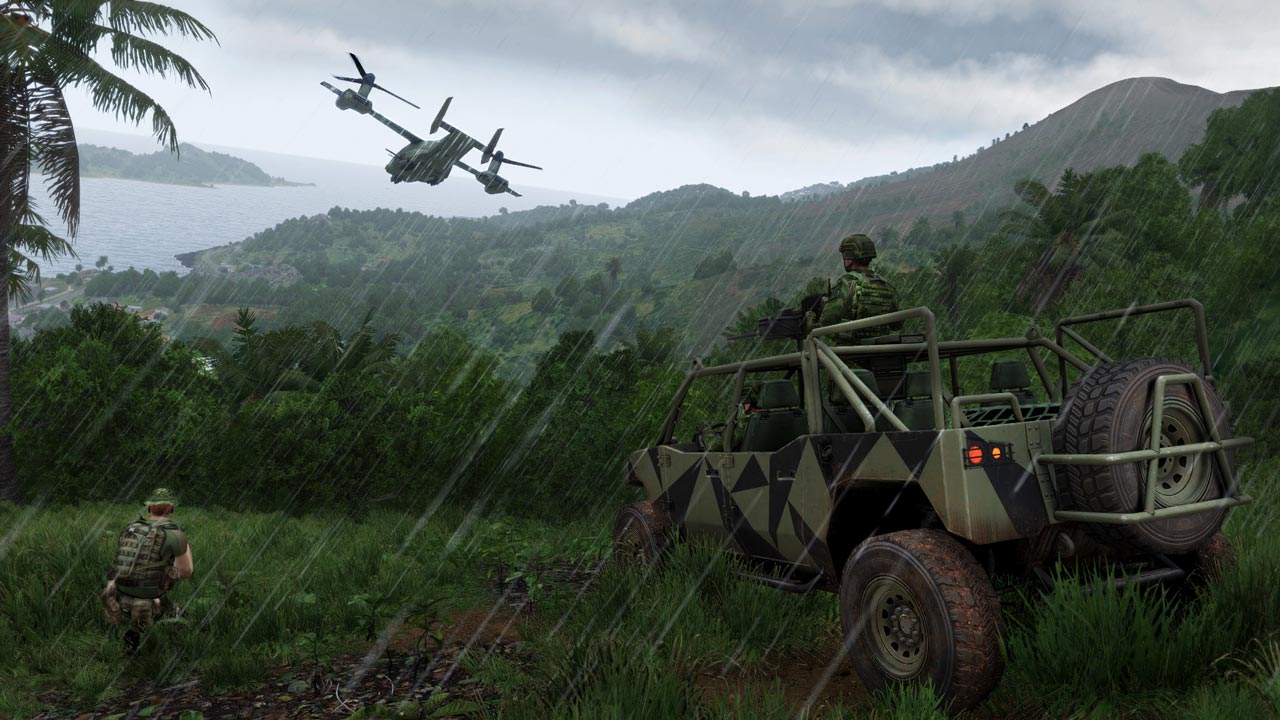 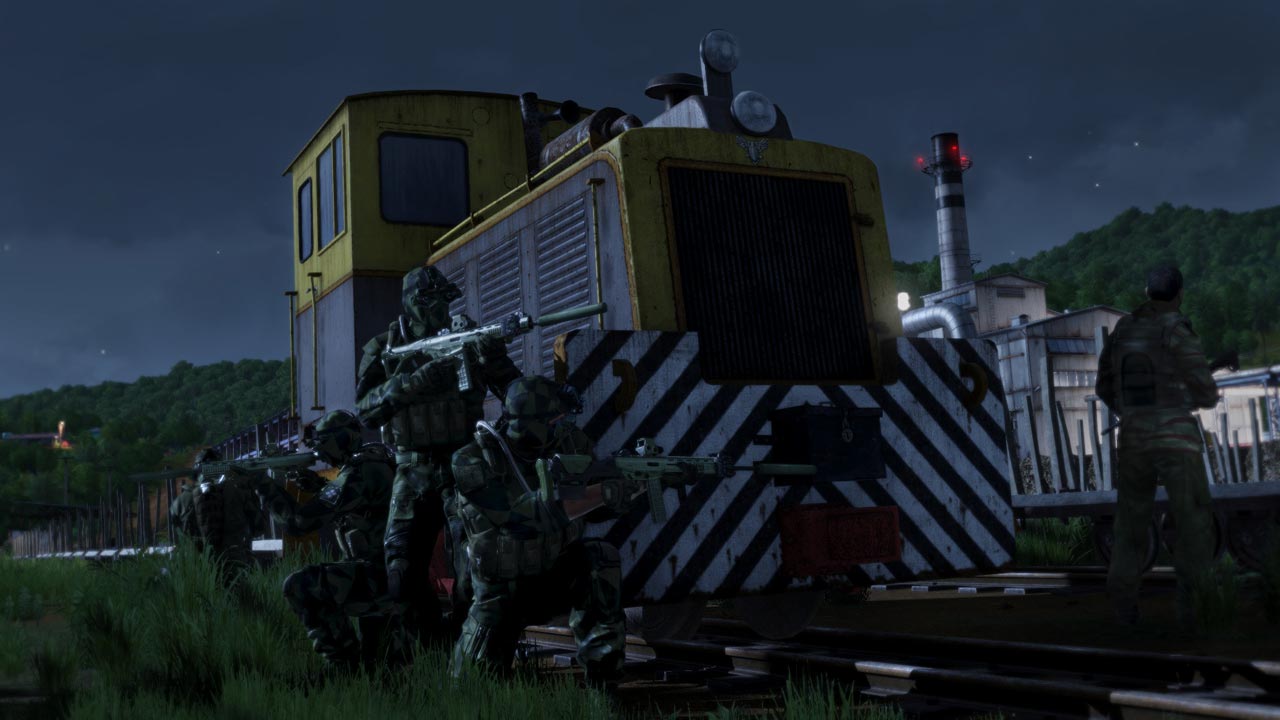 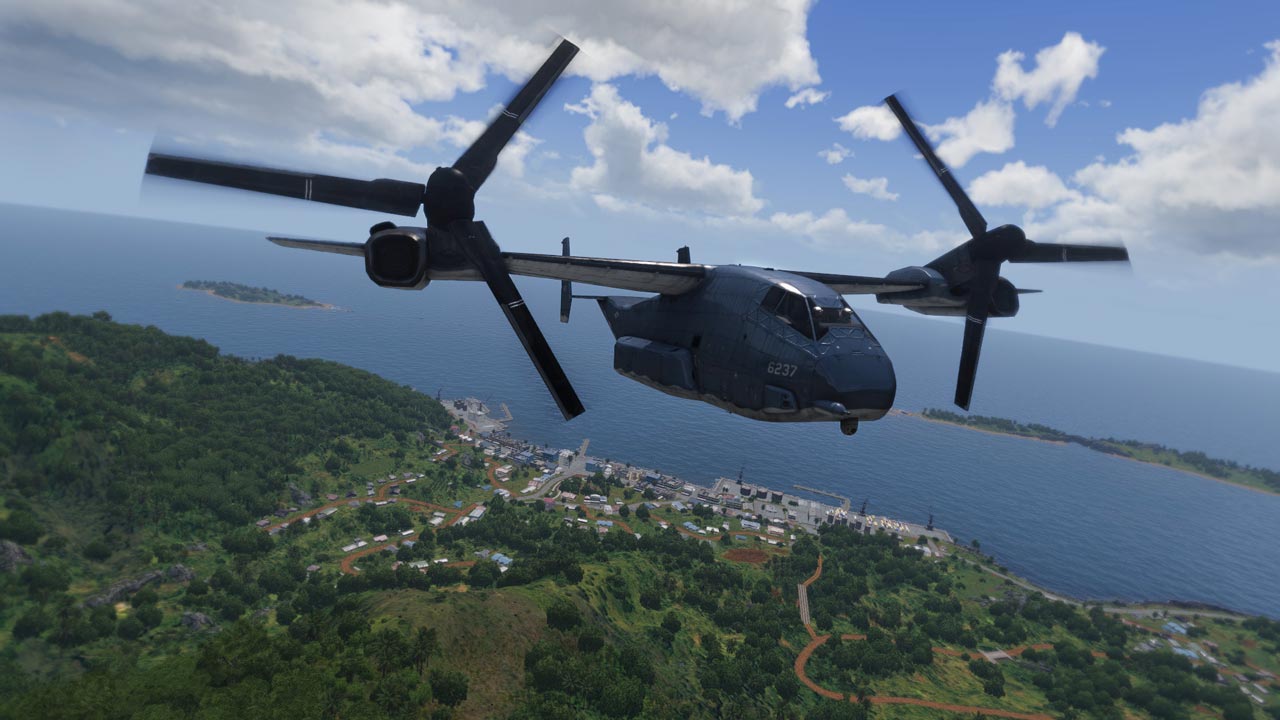 Attention! This content requires the base game Arma 3 on Steam in order to play.

=======================================
Get into active military service in Arma 3 Apex and go to a completely new combat zone. Due to its geographical features, the Tanoa Archipelago in the South Pacific offers new opportunities for a wide variety of military operations. Use new equipment, weapons and equipment to overcome all difficulties in unfamiliar enemy territory.

• Tanoa. Spanning 100 km² archipelago in the South Pacific is replete with lush tropical vegetation, has a rich history and modern achievements of engineering thought. It was created for large-scale military operations. A variety of locations such as tropical forests, volcanoes, slums, sugar factories and industrial port are designed for a variety of types of scenarios.
• New faction, 13 new weapons, new uniforms and equipment. Composed of armed bandits and former military, a new faction called Syndikat is involved in many illegal operations in the region. Its fighters are armed with modern weapons, such as AKS-74U, AKM and AK-12 assault rifles, LIM-85 light machine guns, RPG-7 grenade launchers and PM 9 mm pistols. NATO and CSAT, in turn, send highly skilled specialists with advanced weapons, such as the modular SPAR-16 assault rifle, Chinese-designed CAR-95, Type 115 assault rifle, CMR-76 sniper rifles and SPAR-17. In addition, their fighters use a new form with heat masking, special helmets, backpacks, night vision goggles, ERCO optics and much more.
• 10 new types of equipment. Take advantage of the flexibility of vertical take-off and landing aircraft V-44 X Blackfish and Y-32 Xi’an, which combine all the strengths of rotary aircrafts and airplanes with unchangeable wing geometry. Need to move fast on the ground? Use Prowler or Qilin light assault vehicles to easily and quickly drive over Tanoa cross country. So that you can perform tasks with minimal losses, the Arma 3 arsenal also added two new assault unmanned aerial vehicles: the KH-3A Fenghuang and the MQ-12 Falcon. In addition, the Arma 3 Apex includes new civilian technology suitable for the tropics, including: an MB 4WD SUV, a Caesar BTT propeller aircraft, a rigid inflatable boat and a water scooter
• Cooperative campaign and multiplayer game End Game. Take on the role of a special NATO operative CTRG in the cooperative campaign "Protocol Apex" for 1-4 players
• Additional content Apex. The Apex supplement includes: the Gendarmerie faction (local law enforcement agencies of Tanoa), armed with the new 9 mm Protector submachine gun; NATO and CSAT reinforcements in the form of special forces and Pacific expeditionary corps; a set of existing weapons and equipment Arma 3 with tropical camouflage; New characters: Tanoans and Chinese; new radio protocols: French, French English and Chinese; new environmental objects and properties for content creators; Tanoa Game Master script; 5 new achievements of Steam and the official soundtrack of Arma 3 Apex