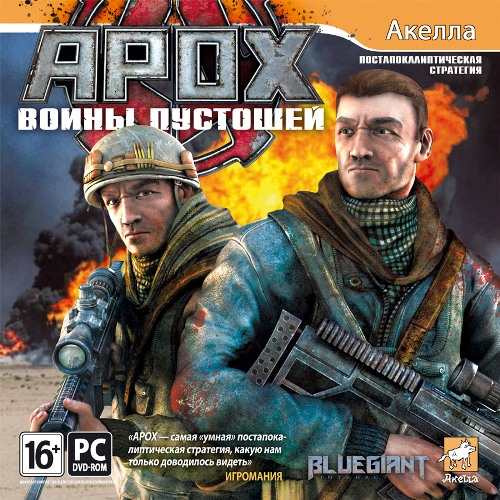 Sold: 0
Uploaded: 23.01.2013
Content: text 54 symbols
Loyalty discount! If the total amount of your purchases from the seller GameMarket more than:
If you want to know your discount rate, please provide your email:

Then no one knew what had happened. Some blamed all the troubles of the sun, others - flown too close to the comet. There were those who said that all their troubles are to blame ourselves. But as soon as the smoke subsided Apocalypse, humanity to do their favorite thing - war. Even on the ruins of the burned-out world can always find something that is of value. Miraculously surviving machines needed fuel, and the Battle for gasoline broke out with renewed vigor. Gas stations have become fortified bastions, ready to fight to the last bullet, the once peaceful and rapid dump racing cars bristling with armor and bullets themselves have become the currency of the way. But the main value of a post-apocalyptic world order remains a man. Warrior, mechanic, builder, without which any most perfect mechanism - a pile of iron. Keep them in the fight and remember Wasteland weak do not survive.

• Exciting real time strategy game inspired by the trilogy "Mad Max";
• crawl, hide behind cover, switch weapons, pick up guns and ammunition on the battlefield, capture buildings and machinery - never before has the fight was not so real;
• Over 100 cards, plus a built-in editor;
• 8 of training missions;
• Multiplayer with up to 32 players;
• Play against the computer in single player and co-op modes.