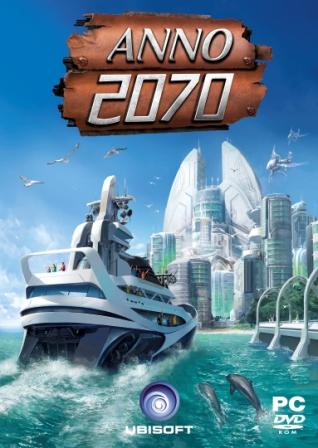 Uploaded: 19.05.2020
Content: text 23 symbols
Loyalty discount! If the total amount of your purchases from the seller GameMarket more than:
If you want to know your discount rate, please provide your email:

After payment you will immediately receive a key to activate the game Anno 2070 Collector´s Edition of the "new drive" (game + DLC 1 + DLC 2 + DLC 3).


Anno 2070 - it´s a great simulator manager, who will literally from the ground up to build large cities to increase their population, developing infrastructure and the industry, to make war and to maintain economic relations with its neighbors. In short, if you have ever dreamed of to concentrate in their hands the power over the whole state, this game is made especially for you.

Anno 2070 Events unfold in a fairly distant future. Already one name, it is clear that the players will make the journey at all in the last century. Before them will set the goal to build and develop gigantic metropolis in the distant 2070. Of course, a futuristic scenario simply could not do without surprises from nature - global climate change, to which the people had perforce to adapt. One of these disasters has been an unprecedented rise in sea levels, which left from the huge continent only a measly piece of land.

It is on these small islands life players Anno 2070 and will build their powerful empires. At the same time they are invited to take the side of one of the proposed factions - magnates (Tycoons) or environmental (Ecos). It is from this choice depends on how the world will change Anno 2070.

10. The international event "Emancipation of Eden"

11. The international event "The conflict in Nordamarke"

Uplay activation needed. Key Anno 2070 has no regional restrictions Region Free, and activated in any country, but only for the Russian version.

Maybe you are interested in our other products - http://games.plati.market/