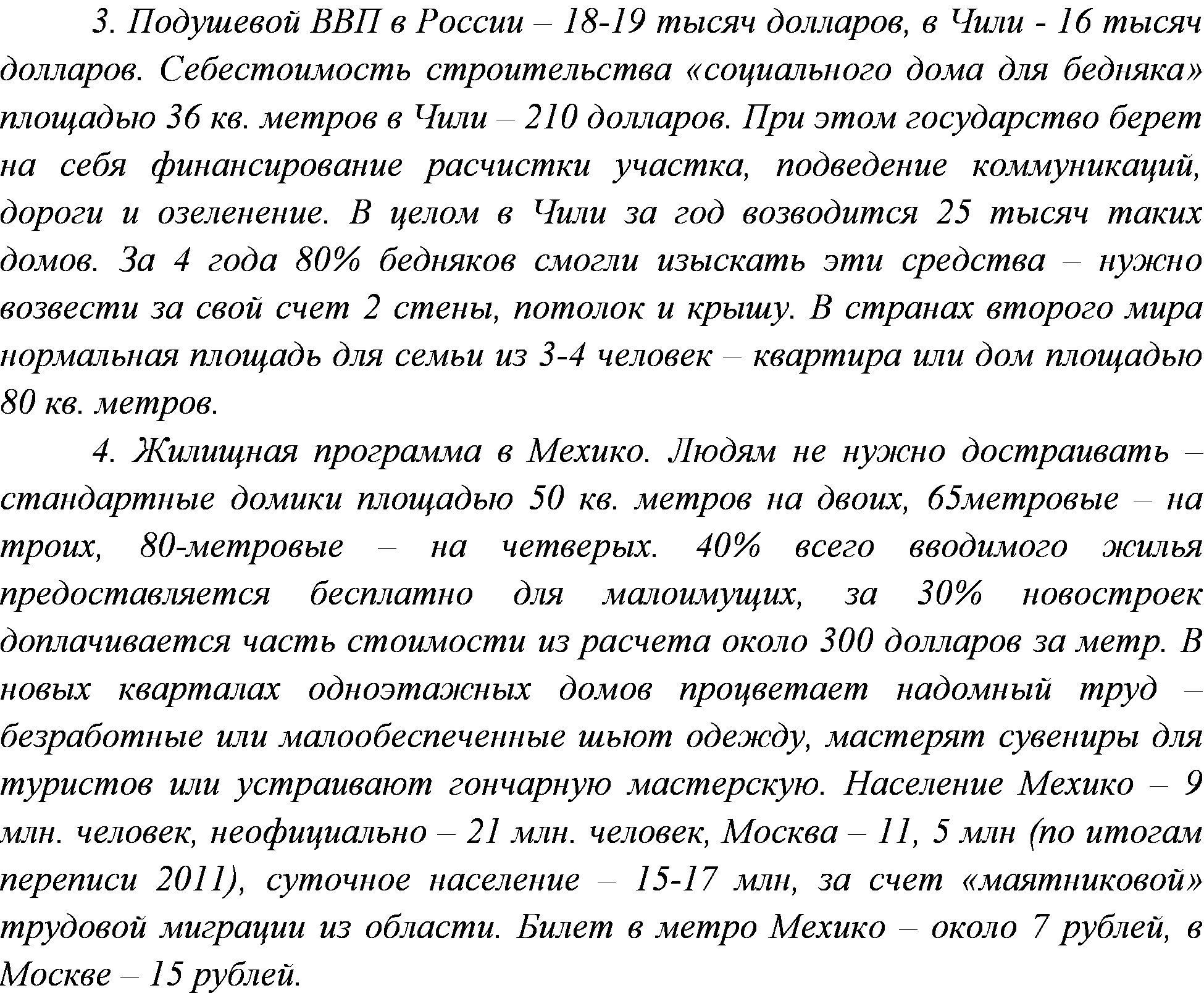 3. Per capita GDP in Russia is 18-19 thousand dollars, in Chile - 16 thousand dollars. The cost of building a "social home for the poor" area of 36 square meters. meters in Chile - 210 dollars. At the same time, the state takes on the financing of clearing the site, bringing communications, roads and landscaping. In general, in Chile for the year is built 25 thousand of these houses. Over 4 years, 80% of the poor could find these funds - you need to erect 2 walls, a ceiling and a roof at your own expense. In the countries of the second world, a normal area for a family of 3-4 people is an apartment or a house with an area of 80 square meters. meters.
4. Housing program in Mexico City. People do not need to finish building - standard houses of 50 square meters. meters for two, 65 meters for three, 80 meters for four. 40% of all housing is provided free of charge for the poor, 30% of new buildings are paid part of the cost at a rate of about $ 300 per meter. In new quarters of single-storey houses, home-based work thrives - unemployed or needy sew clothes, craft souvenirs for tourists, or arrange a pottery workshop. The population of Mexico City is 9 million people, unofficially 21 million people, Moscow 11.5 million (according to the 2011 census), daily population - 15-17 million, due to "pendular" labor migration from the region. Ticket in the metro Mexico City - about 7 rubles, in Moscow - 15 rubles.