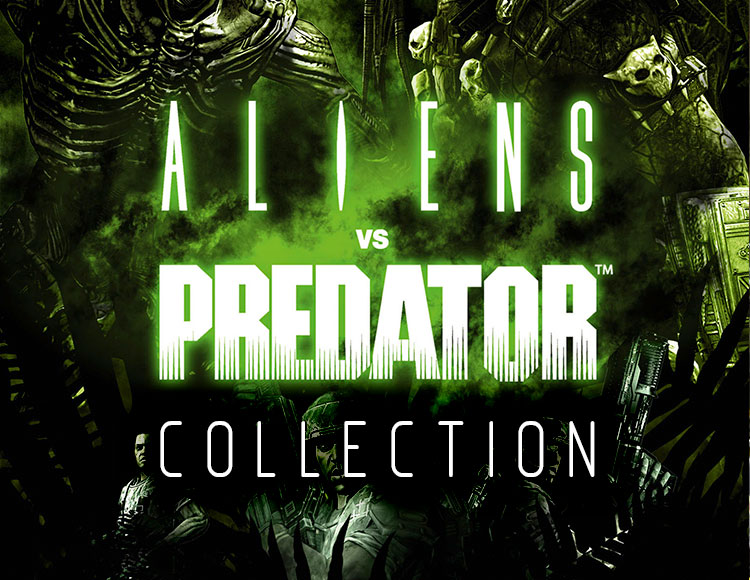 Release Date: July 25, 2013
Age rating: 18+
Developer: Rebellion
Publisher: Sega
Publisher of the Russian Federation:
Localization: Russian (interface and subtitles)
Activation System: Steam
Region: Ukraine, Russia, Georgia, Turkmenistan
After payment you will receive a link where you can get a license key with the game Aliens vs. Predator Collection from the official supplier - the Buka company, for activation in the STEAM system.

Composition of the publication:

New unforgettable experiences and new first-person survival gameplay. Hunt in the deadly jungle and in a colony surrounded by swamps.

By choosing a Marine, you will doom yourself to fear and claustrophobia. Light is your friend, but it is always not enough. However, the US Marine Corps is the last line of defense of mankind, and you are entrusted with the latest news on firearms and explosive devices.
Choosing a Predator, you will quietly creep out of the shadows, climb trees and suddenly fall from high above enemies. Your arsenal is powerful, exotic weapons and sensors. But the Predators honor puts an ultimatum - when meeting with the enemy face to face, you must pick up the trophy in a fair fight.
Having chosen the deadliest view in the universe, you are given the opportunity to get used to the skin of a creature from the worst nightmares. Aliens are obsessed with darkness, their jaws are steel traps, and their claws are sharp blades.
Play for any side against each other in three multiplayer modes.
AvP uses the Steam Cloud to store game statistics and information about skills and abilities, with which it selects suitable opponents.