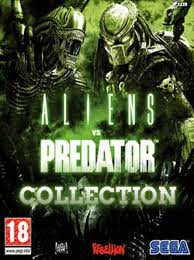 Loyalty discount! If the total amount of your purchases from the seller BEST-PRICE more than:
If you want to know your discount rate, please provide your email:

!! INSTANT DELIVERY DIRECTLY AFTER YOU CONFIRMED YOUR PAYMENT !!

After payment of the order, the system will automatically send you (without our participation) instantly
To the mail link for downloading the license activation key:
Aliens vs. Predator Collection

Activating the key:
1. Download and install Steam - http://store.steampowered.com/
2. Register a new account on Steam or go to an existing one.
3. Go to "My Games" and select "Activate via Steam", enter the key.
4. After activation, the game appears in the list of games and you can download it from Steam.

Product Features:
"Alien vs. Predator" is a completely new game from the renowned developer Rebellion. It was this studio that released in 1999 a famous game in which people, strangers and predators for the first time met in uncompromising battles.

But the battle continues, and different forms of life will converge again in an irreconcilable struggle. In Aliens vs Predator you will find not only a fascinating story campaign, but also unforgettable multiplayer battles in which each race can use its unique tactics.

Insidious fate brought people, strangers and predators on the planet BG-386, where the colonists discovered a mysterious ancient pyramid belonging to the race of ruthless hunters.

THE SIMS 4 На работу / Get to Work KEY GLOBAL