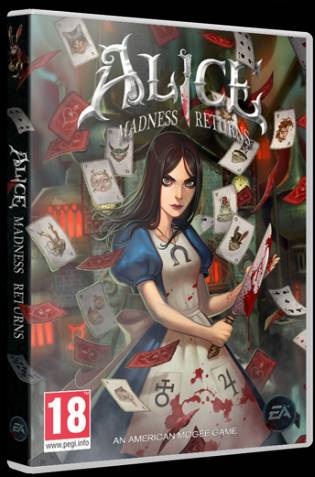 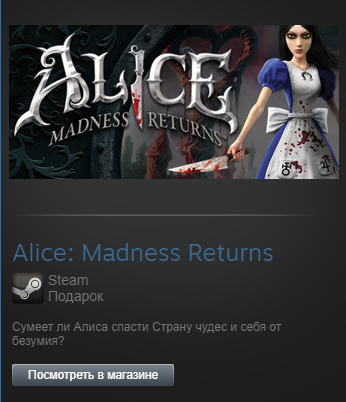 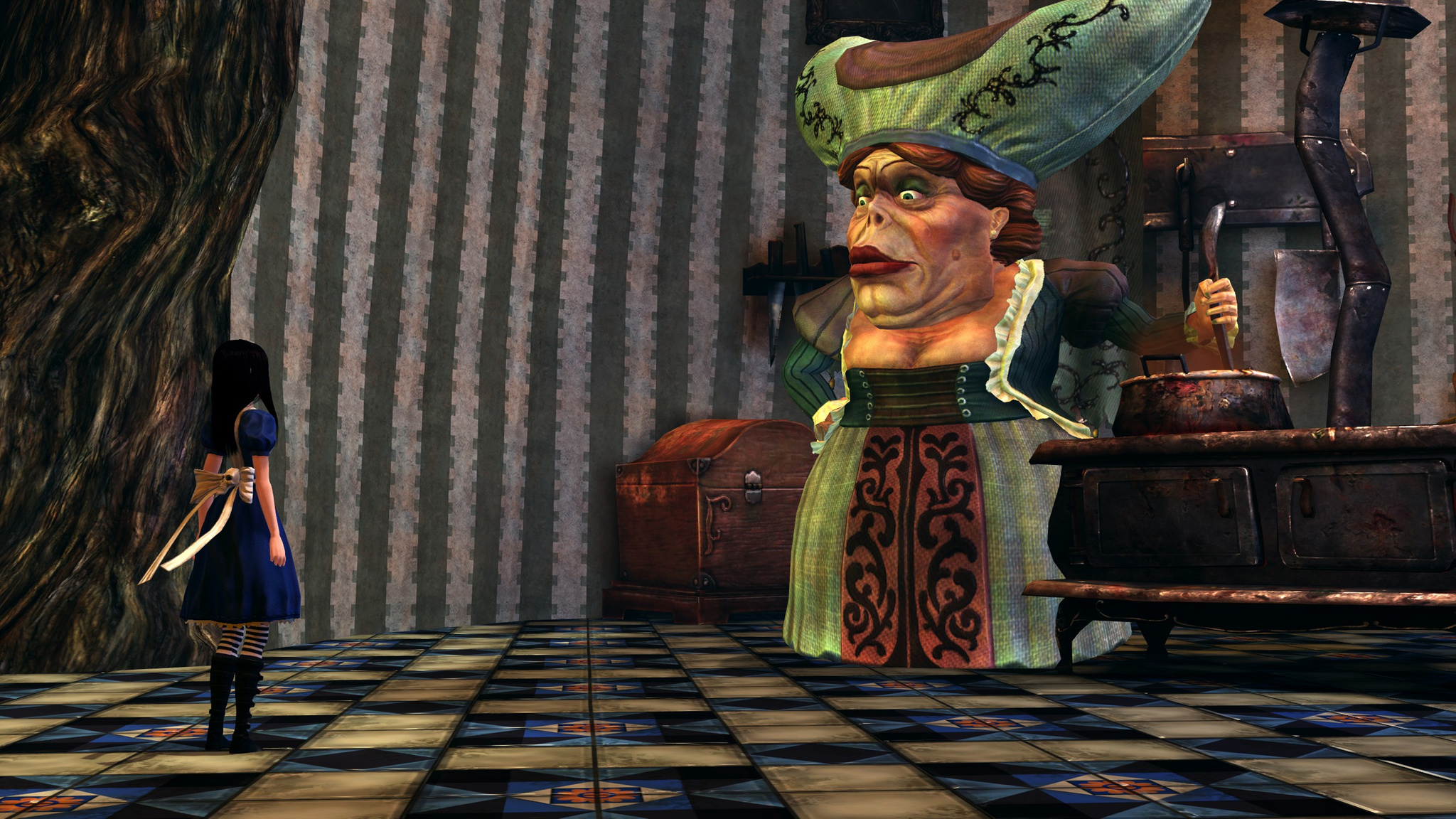 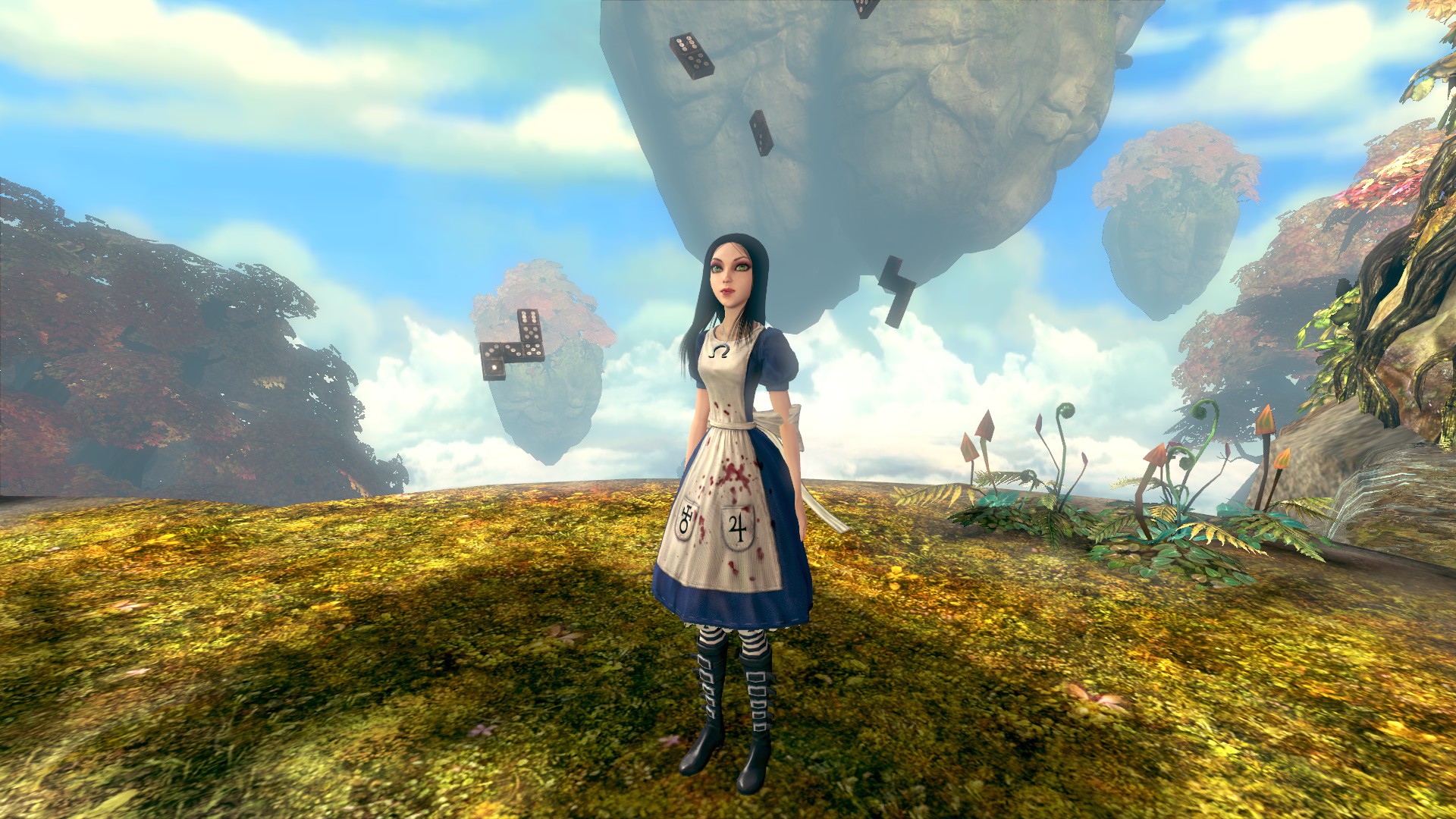 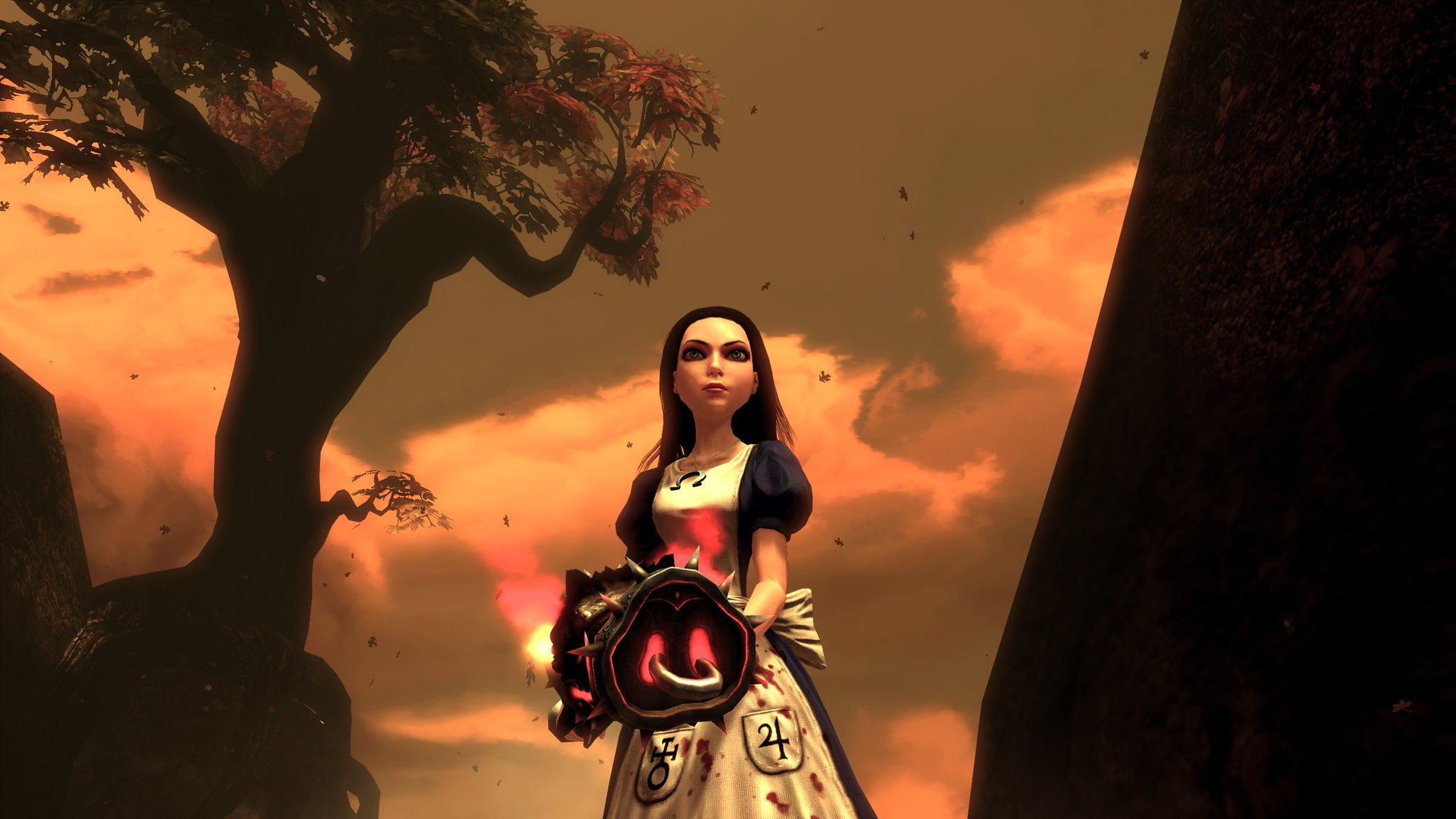 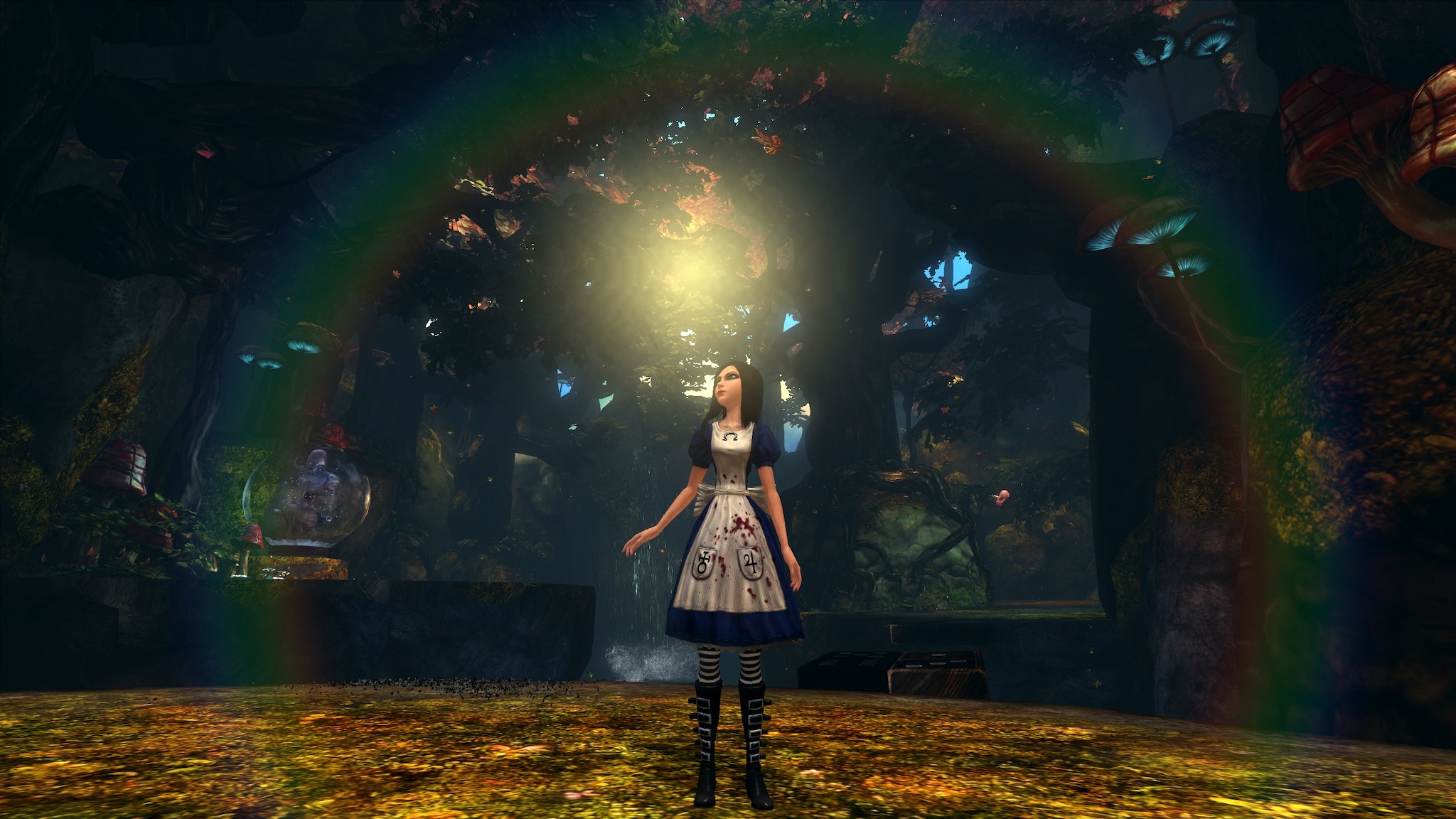 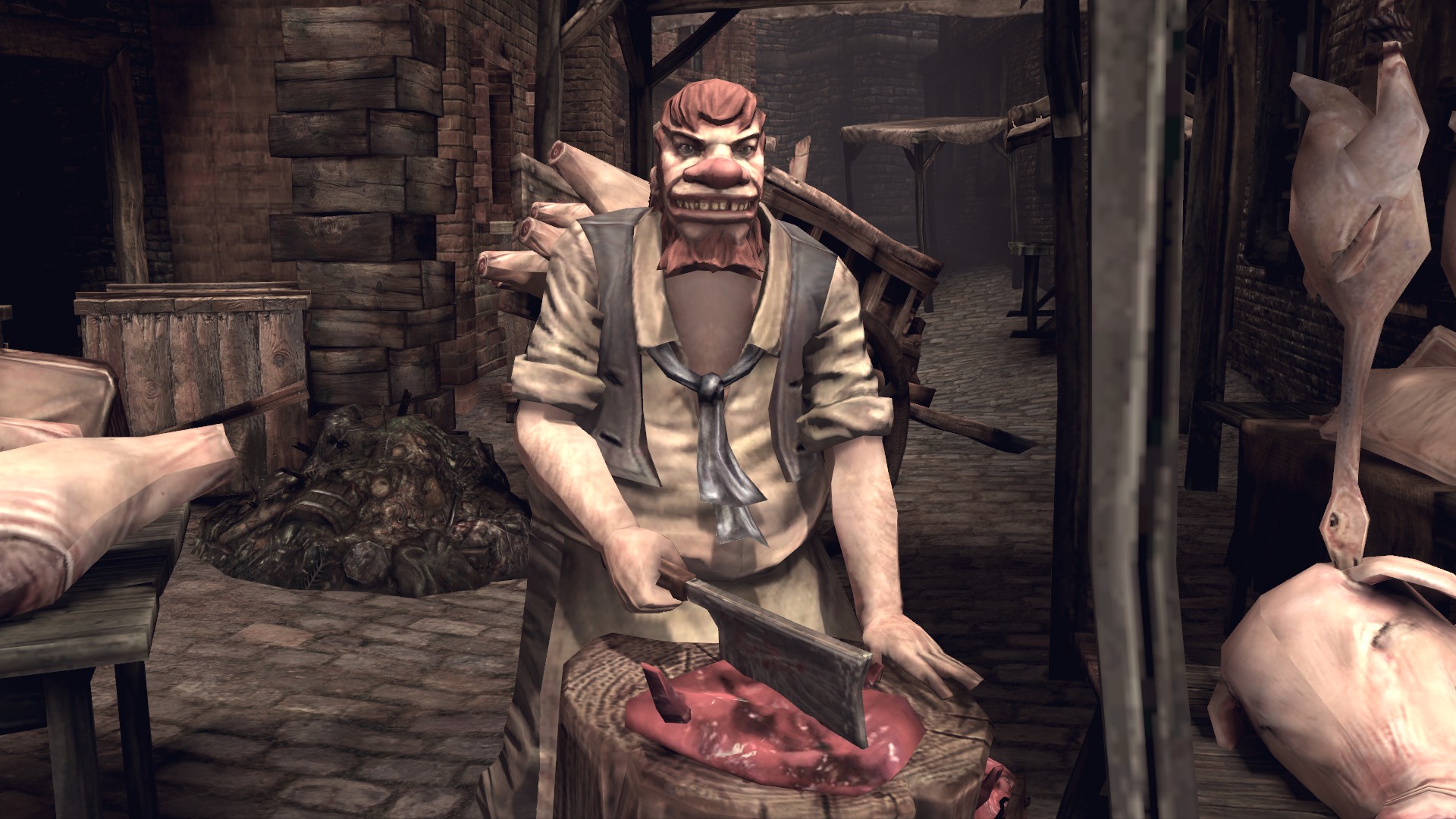 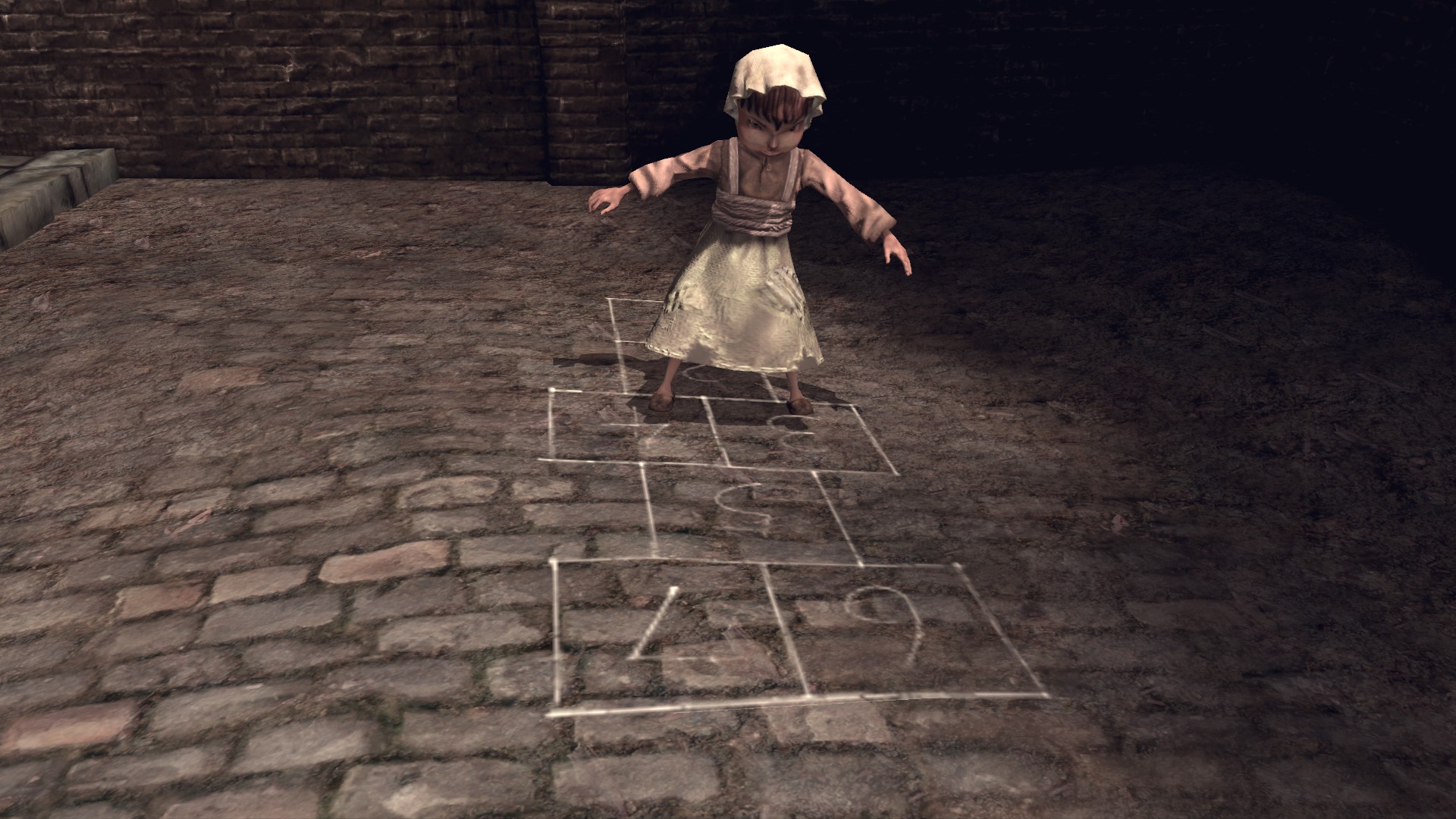 Uploaded: 13.11.2020
Content: text 73 symbols
Loyalty discount! If the total amount of your purchases from the seller Defik more than:
If you want to know your discount rate, please provide your email:

Continuation of the cult fantasy ekshena American McGee´s Alice. This is a sequel to that old and dusty game. Ten years have passed since the final credits, Alisa still has not recovered from the emotional trauma that was caused by the death of her family under mysterious circumstances. All the time she spent in a London psychiatric hospital, where specialists with education tried to help her get rid of nightmarish hallucinations. Yes, nothing helps. Therefore, Alice decides to deal with her cockroaches in her head and goes looking for an answer to the question, what really happened to her family ten years ago. And the answer will have to be found in Wonderland - even more sinister and insane than in the first part.
Eleven years ago, Alice´s parents died in a fire, and she himself received severe burns. A ruthless flame burned not only the child´s body, but also her mind. The girl was in a psychiatric hospital. There she fought for a long time with the demons who had overcome her, escaping into the world of her own fantasies - Wonderland. Ten years of treatment were not wasted - Alice was discharged from the hospital in a satisfactory condition ...
Now the girl lives in London, she is constantly watched by a psychiatrist. However, the consequences of severe psychological trauma still make themselves felt: terrible hallucinations continue to haunt Alice, invading reality. To get rid of nightmares, the unfortunate tries to understand the cause of her torment. But the girl´s reason is torn, she can not cope with fears and nervous tension caused by strange memories, dreams and visions. After moving to London obsessions that have become more vivid and scary, they pursue Alice even more aggressively.
Maybe it´s better to go back to Wonderland again? It always helped ... And Alice goes to the world of dreams in search of safety, tranquility and truth about her past - something that she can not find in the real world. However, during her absence, the Wonderland has changed a lot. Something terrible has happened, and in the once beautiful shelter terrible evil has now settled. Can Alice save the Wonderland, and at the same time herself, from all-consuming insanity?

Old friends in a new guise. Traveling through the gloomy, devastated Wonderland, you will meet familiar characters that have changed beyond recognition - the Cheshire Cat, the Mad Hatter, the Caterpillar and the Chervonaya Korolev.
Everything is stranger and weirder. An explosive kettle-gun, a deadly wand with a horse´s head and a sword that has become a classic sword, is at the disposal of the heroine a rich arsenal of extravagant weapons that can be improved.
All miracles and miracles. In Wonderland, Alice will find extremely unusual abilities: she can fly in the air thanks to the wide hem of her dress, decrease or, conversely, grow to the skies to crush opponents, leaving them only a wet place.
Let´s move our brains. In this dangerous and strange journey, you will come across a wide variety of problems with wit. You will have to overcome obstacles in unusual ways, memorize melodies, solve chess puzzles and make pictures of fragments.