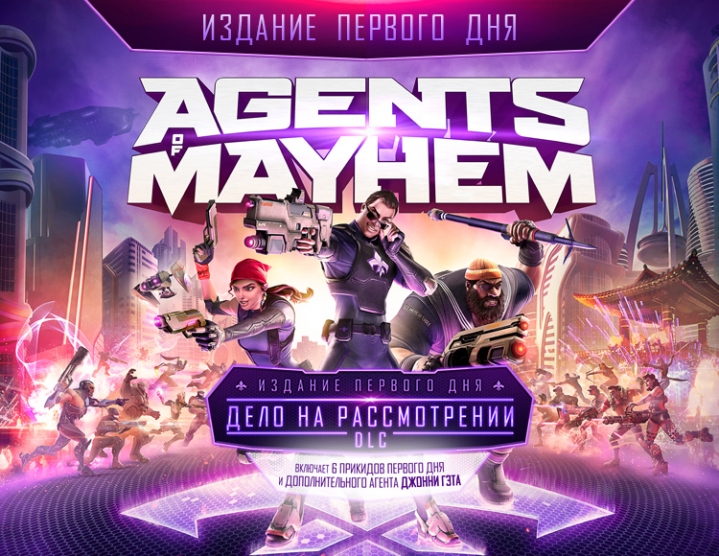 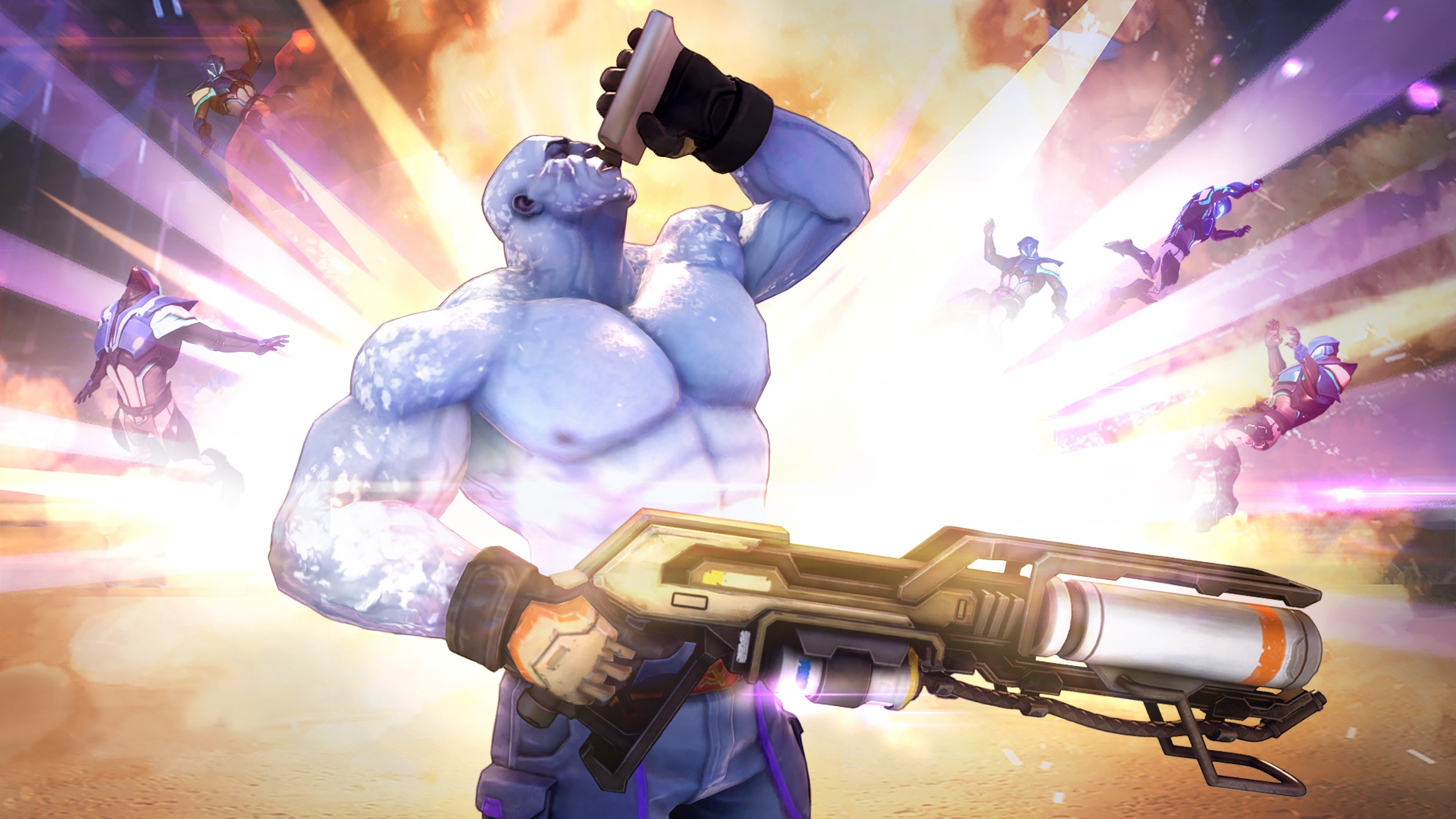 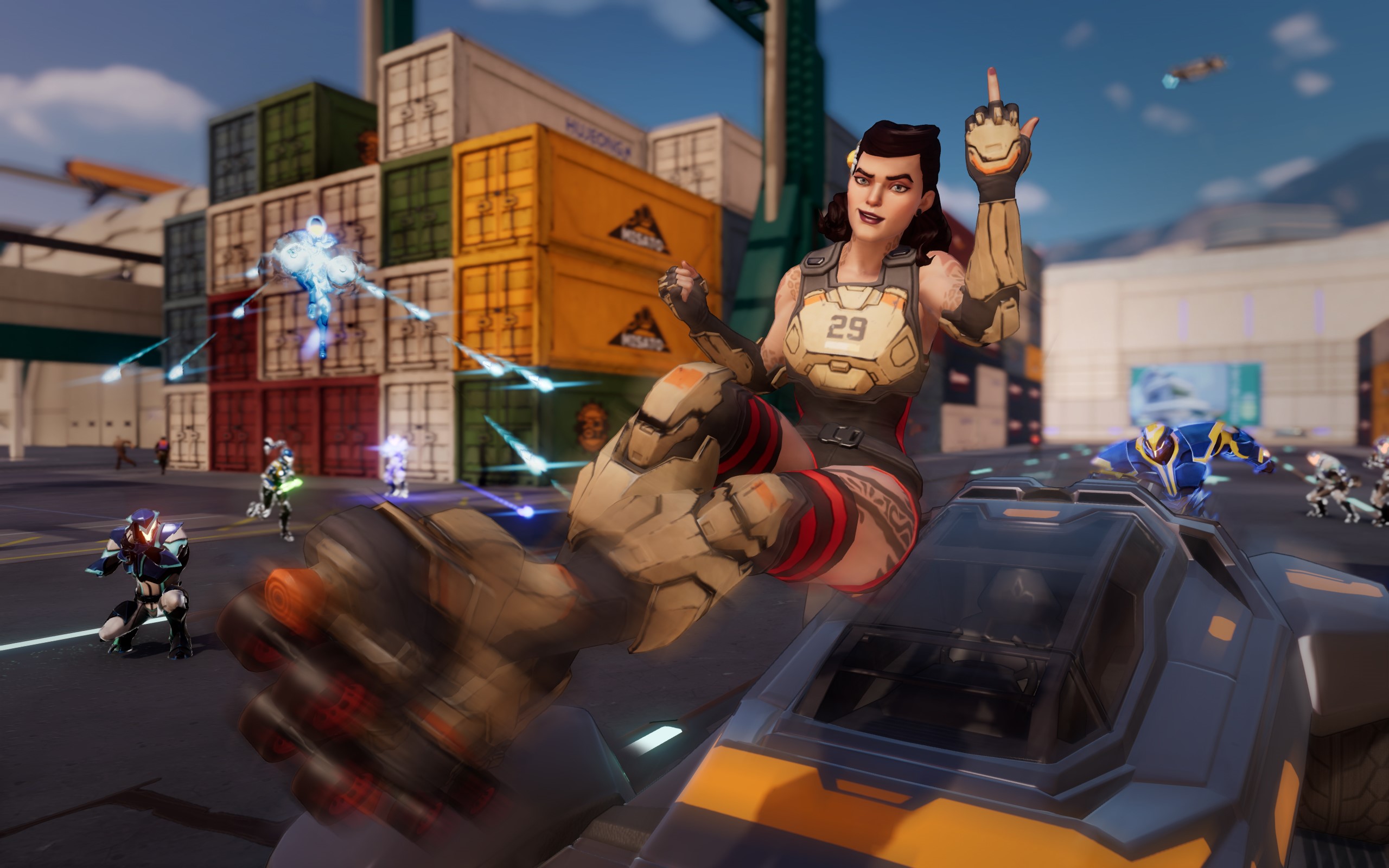 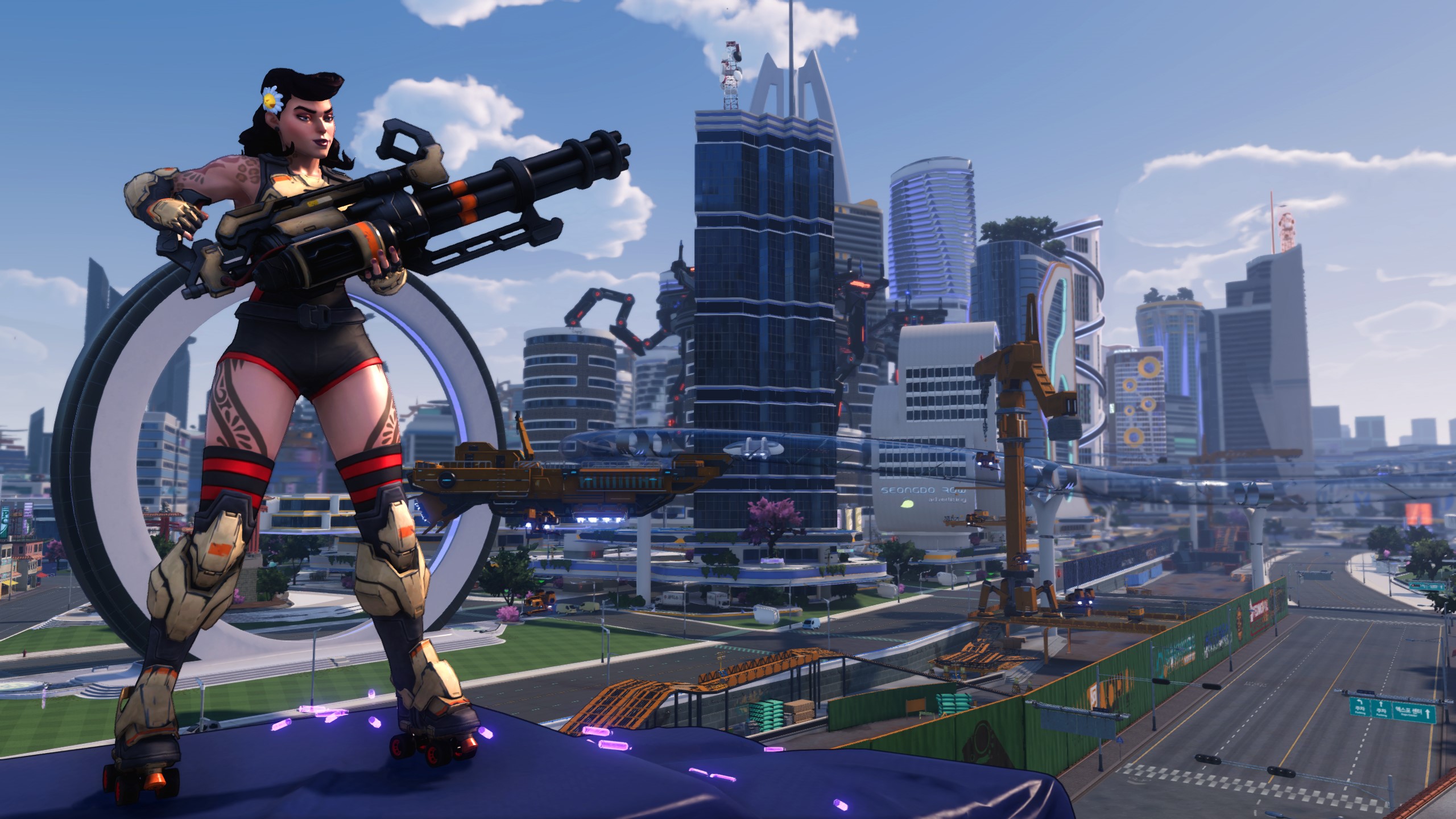 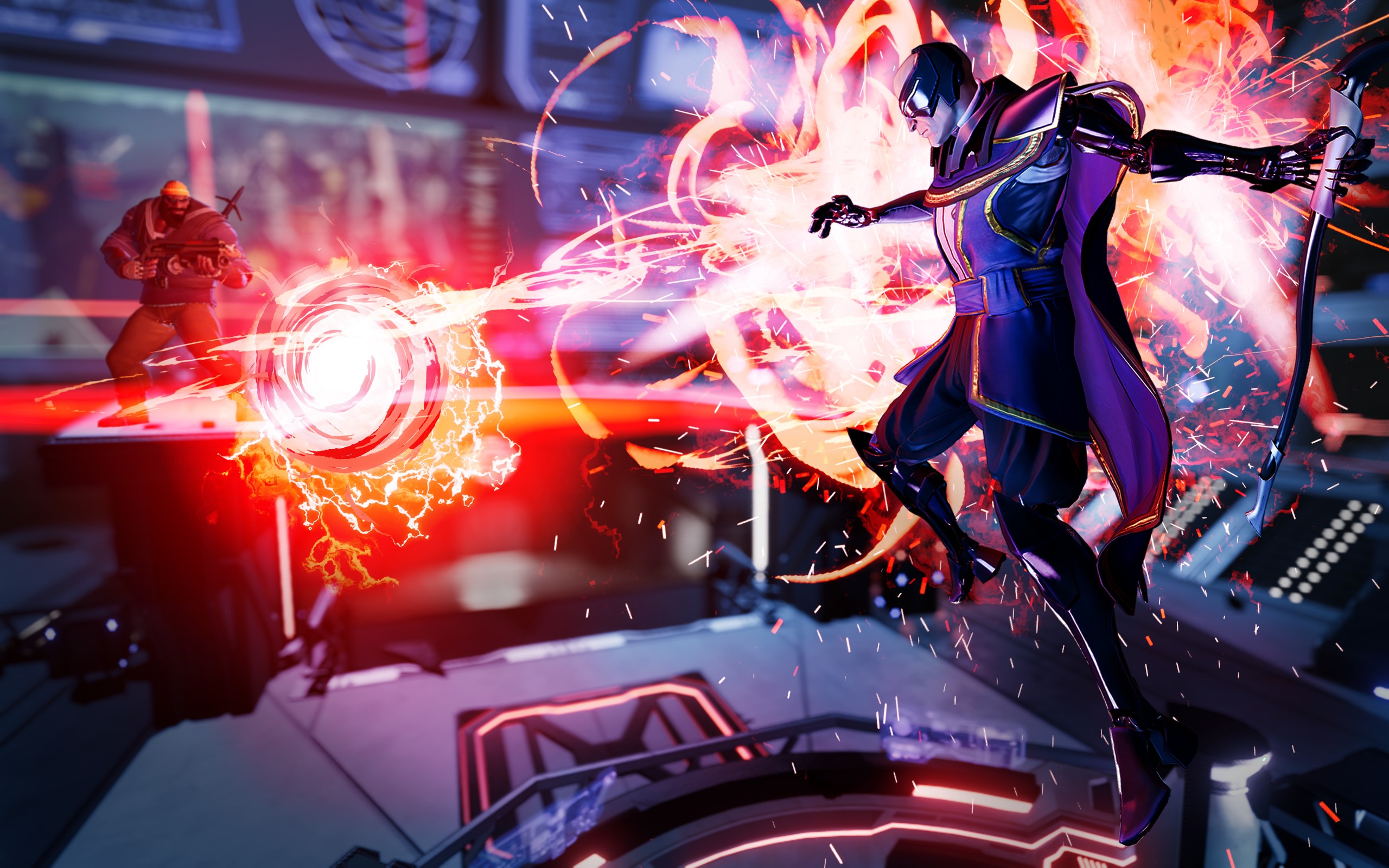 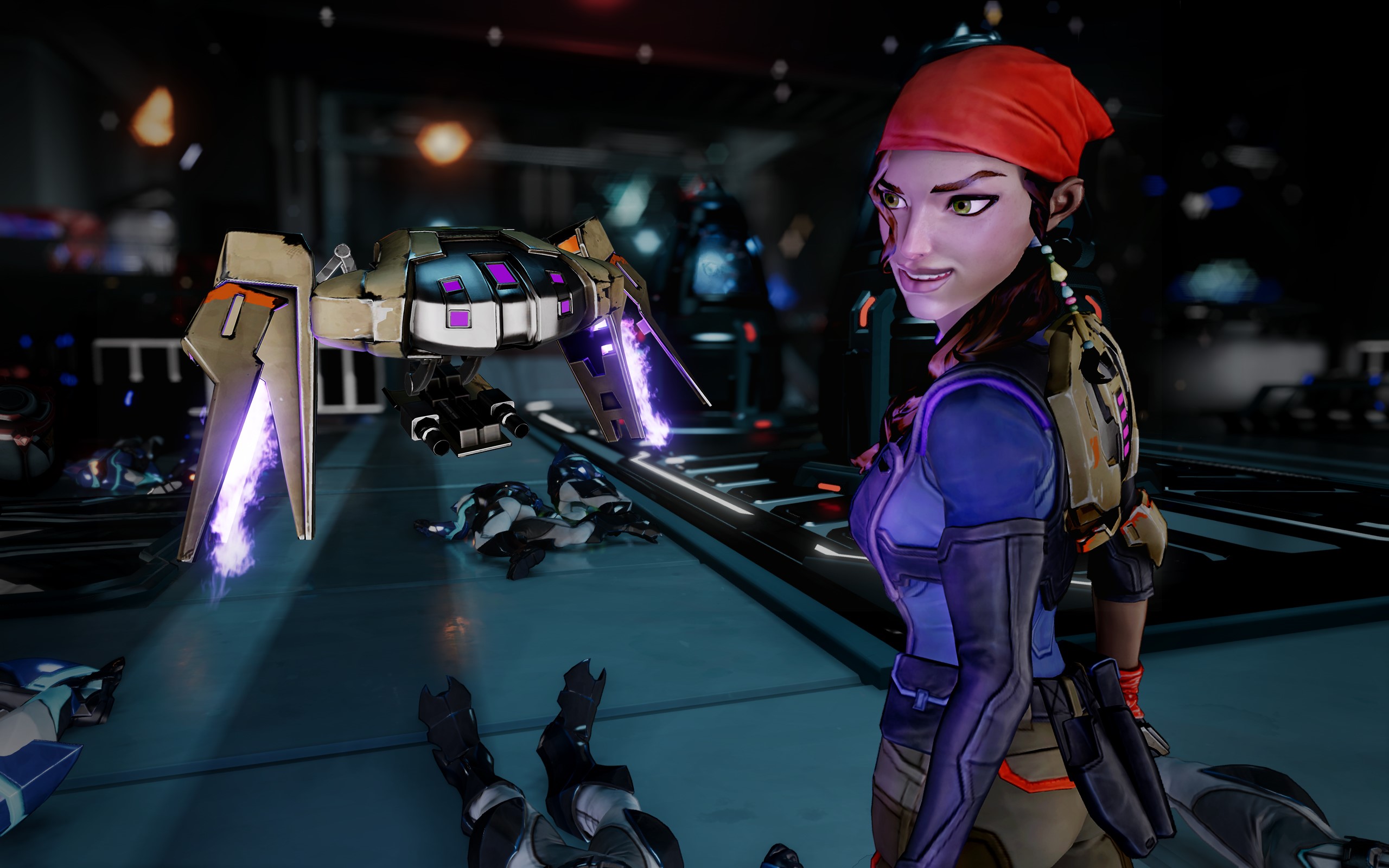 Composition of the edition:
Game "Agents of Mayhem"
DLC "Case pending"
DLC "Johnny Gat Pack"
Agents of Mayhem is a single-player action from the developers of the Saints Row series, in which the players have to protect their world from evil.

The history of the game originates in Seoul, which, after the horrors of the Devil´s Night, lies in ruins left by the victorious procession of the gloomy LEGION - the organization of supervillains. People need heroes more than ever, and it is during this difficult time that the Chaos Agents appear - a gang of select and unbalanced rogue armed with a wide variety of insane weapons. It is for them that the players have to fight to protect the world from evil. Handsome Hollywood is a famous TV star. Cracker is a jolly big man with a huge gun. Fortune is an air pirate, which is searched all over the world. Sweet Chamomile easily manages a six-barrel machine gun, whips beer and swears dirty. Rama is an immunologist shooting energy arrows from a futuristic bow. Penalty - nuts football fan with a character that can disperse literally any crowd. They work under the watchful eye of Persephone Brimstone, one of the ex-commanders of the LEGION, and her assistant Friday. Their common goal is to destroy the LEGION and its mysterious leader Morningstar.