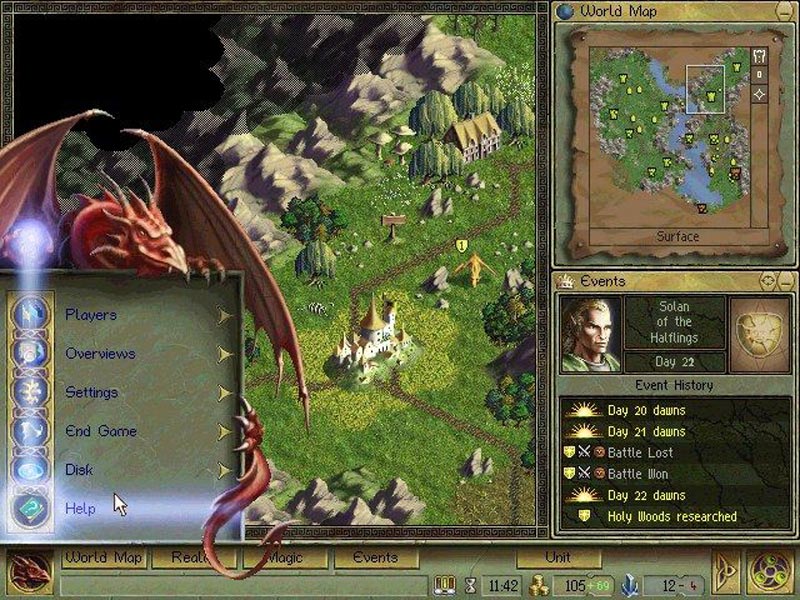 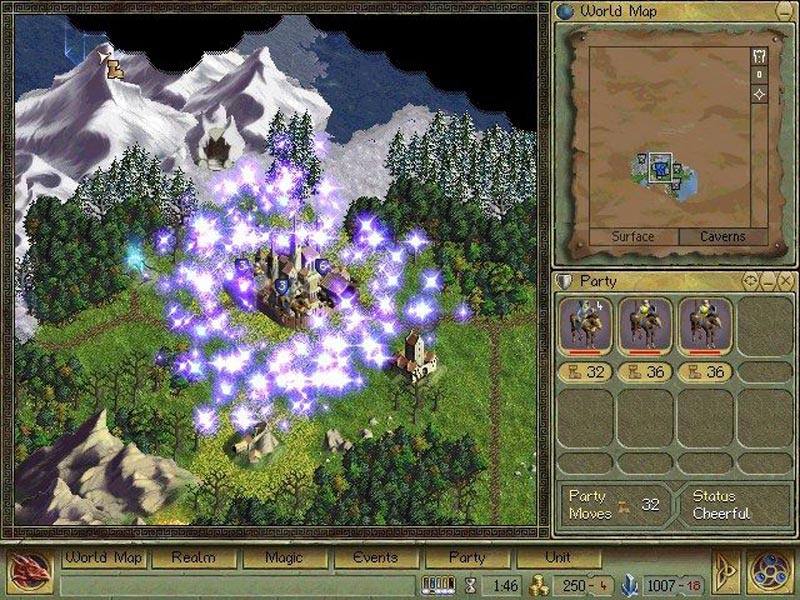 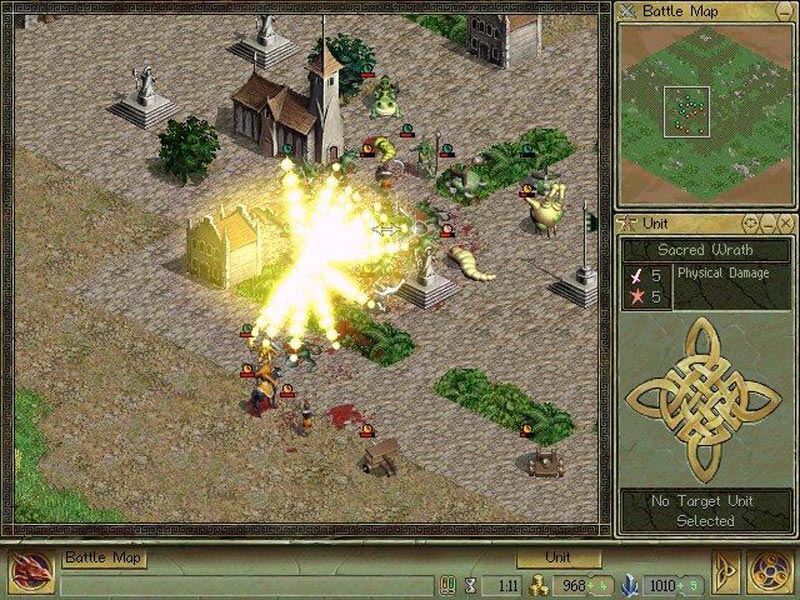 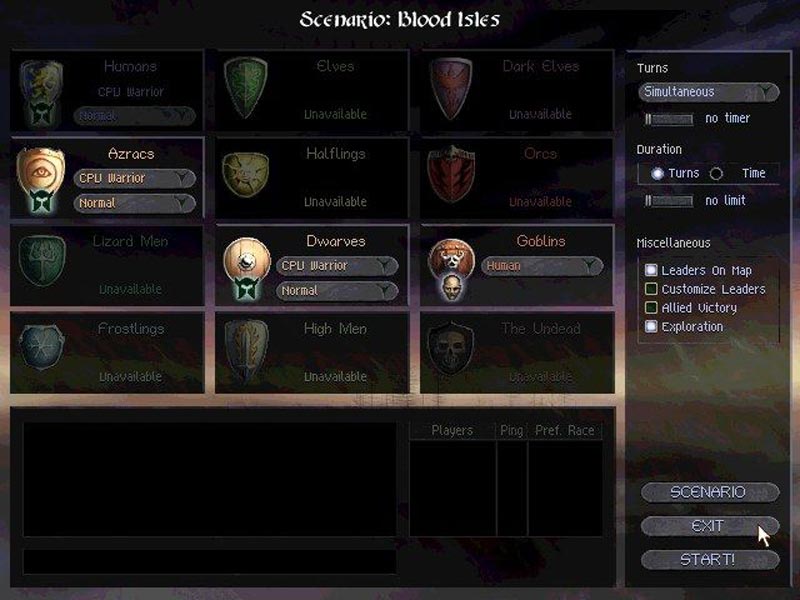 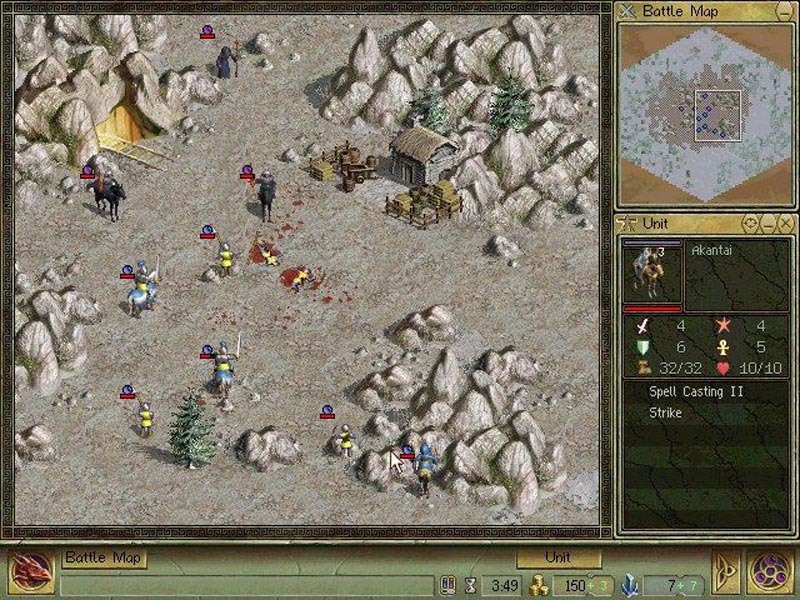 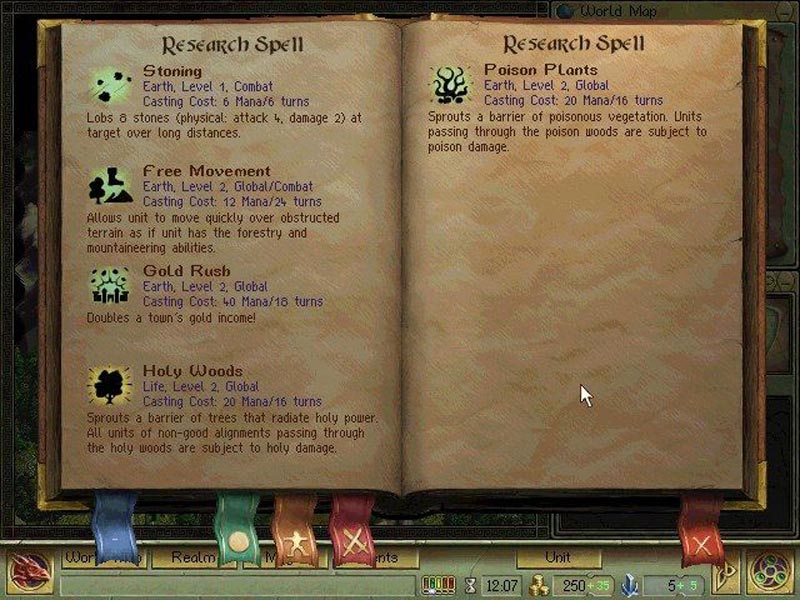 =======================================
The action takes place on a map with an isometric projection divided into six-sided cells and containing three levels: surface, dungeon and depth. Units can be combined into groups of up to eight members, each group occupies one cell. Each player heads the selected race. There are 12 races in the game: some of them are traditional for fantasy (Elves, Gnomes and Hobbits), and some are unique and have no analogues. The game uses two resources: gold and mana; Gold is used to create units, buy heroes (when they wish to join) and improvements for cities; mana for the application and study of spells, the use of altars.