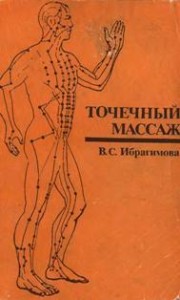 The book presents issues of rendering first aid method of acupressure, as well as basic rules for its conduct. It was built on the principle simptomosindromnomu. Ancient oriental medicine, where is the origin of the method, considered as the symptoms of natural phenomena, and treated them not to nosological forms of organizing. Moreover, in the ancient oriental medicine can not even talk about the diagnosis of diseases in our modern sense. There probably has been a determination of disease states.

For each symptom or syndrome in a table-book illustration. Each point has its own name and symbol, but for ease of use, and we have dropped the notation used for each symptom arbitrary numbering points.

As you gain experience, you will easily find the corresponding points and work on them properly. Timely and skillfully conducted acupressure helps you maintain the health or relieve illness. It should be borne in mind that acupressure does not exclude or substitute care practitioner.