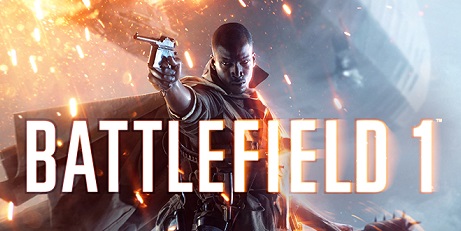 AllGameClub information about the seller and his items
offlineAsk a question

Battlefield 1 - a full-fledged part of one of the most popular series of military first-person shooter. Taking its start from Battlefield 1942 in 2002, the series combines four pieces, as well as several additions, including Battlefield Vietnam, Battlefield 2142, Battlefield: Bad Company and Battlefield Hardline. Battlefield 1 is the result of a collaboration between Electronic Arts and DICE, which has been part of Electronic Arts since 2006.
Battlefield 1 was released on October 21, 2016, and it seems that the developers at DICE have set a new trend in the oversaturated genre of modern / future military first-person shooter. And when other military shooters are guided by the future with jetpacks and super advanced weapons, the next part of Battlefield made a 180-degree turn and returns to the dawn of world war.
Battlefield 1 introduces players to the reality of the First World War, which is a rarity in the game world. The plot represents the first major military conflict of the twentieth century through the eyes of several independent characters. Along with them, the player will witness the birth of a total war, during which grand technological developments of effective weapons appeared. It was during the First World War, when artillery, flamethrowers and nerve guns were all used for the first time. Both tanks and machine guns were widely adopted as well, and the use of air support began. In the storyline campaign, the player takes part in the biggest battles that this world has ever seen, affecting different regions. The First World War left its mark on the narrow streets of French cities, in the heavily protected forts of the Alps (Italy) or in the sun-drenched deserts of Arabia.