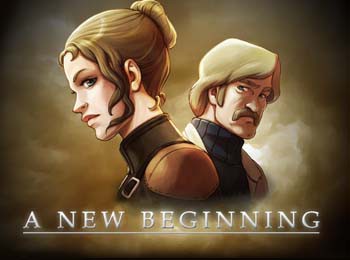 Uploaded: 25.08.2015
Content: text 45 symbols
Loyalty discount! If the total amount of your purchases from the seller @MediaSoft more than:
If you want to know your discount rate, please provide your email:

After payment you will immediately receive a key to activate the game A New Beginning - Final Cut system Steam and include all network functions of the game.


In addition, we are launching a campaign for our loyal customers. For every 5 purchase of any goods made by the sellerMediaSoft, since 1 December 2011 the buyer gets to choose one of the games from the STEAM company "New Disc" and "1C": RaceOn, Lost Planet Extreme Condition, Prey, Scourge Project, Shatter. Cooperate, buy your friends and get your prize !!! The main condition - for all purchases you have to post reviews.


For any questions related to the holding of shares, please contact the seller. The shares are not participating resellers with a personalized discount of 5% or more. The number of keys is limited, the seller reserves the right at the end of promotional key to stop the action.


"A New Beginning produces an incredible impression. The long, smart and incredibly addictive game. Graphics amazing, and the main characters of the game and develop their already versatile abilities, which can not fail to touch the hearts of players. "

90/100 - Adventurecorner.de "The strengths of this game - both serious and funny dialogues, which give the characters depth and seriousness of the protagonists. The authors paid attention to even the smallest detail. "

84/100 - Gamestar "Vivid characters and exciting scenes - that´s what makes ecological thriller A New Beginning the game not to be missed."


Adventure-thriller A New Beginning - Final Cut in the style of graphic novels and film adaptation worthy. In this story, full of charm and humor, you have to save humanity from an impending climate catastrophe, having been in many parts of the globe.

Former bioengineer Bent Svensson was forced to stop research into alternative ways of energy production. Now lonely workaholic lives in seclusion Norwegian forests. But his quiet life is interrupted after a visit Fay. She claims that came from the future, with the task to prevent the looming climate collapse. According to the Fay investigation Bent - the last hope for the future climate. However, his work may fall into the hands of an unscrupulous energy magnate, thought only of their own advantage. At Bent and Fay sent to save the world from global catastrophe.

ATTENTION !!! Seller will never be to ask you to send a purchased key for confirmation, identification, receipt of gifts, etc. If you receive this letter, know that it is working crooks. Be very careful not to fall for such tricks !!!


Instructions on how to activate the key A New Beginning - Final Cut:


Dear customer, in order to avoid lock key and your accounts are purchased KEYS bought from an official supplier.

BEWARE OF CHEAP suspicious code as They can be purchased BY ILLEGAL AND CAUSE bananas.


We take full responsibility for the products sold by us and give 100% guarantee of purity of the code and that the code has not been previously activated somewhere.