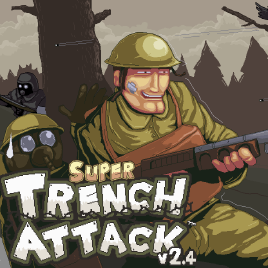 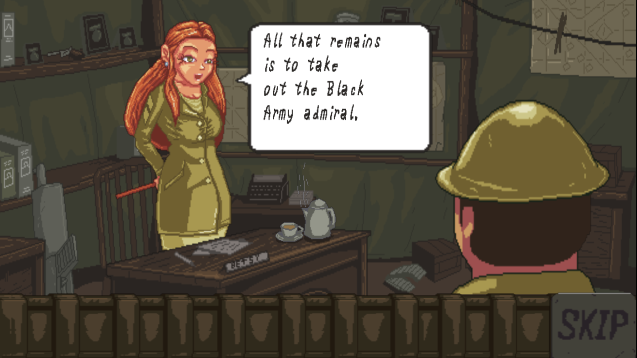 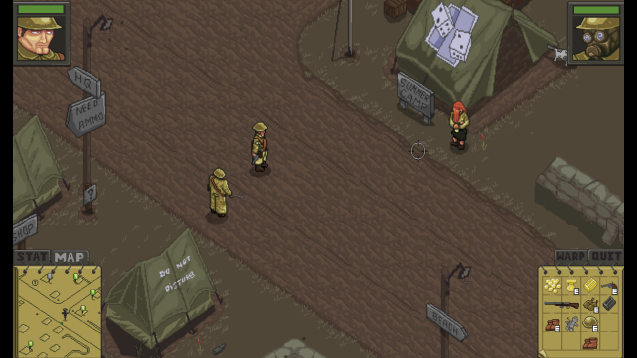 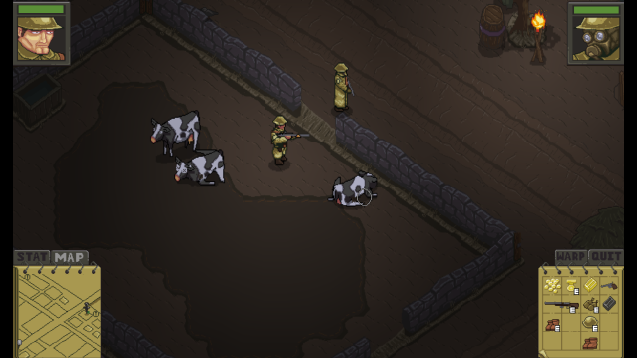 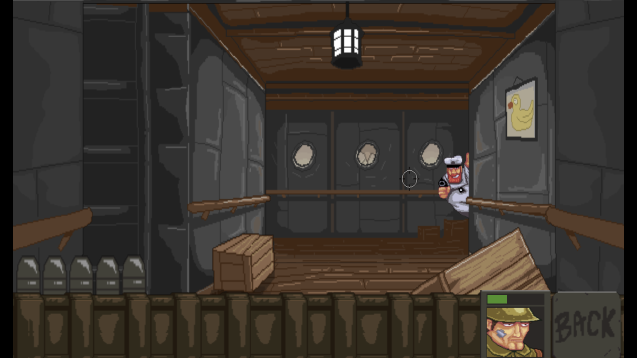 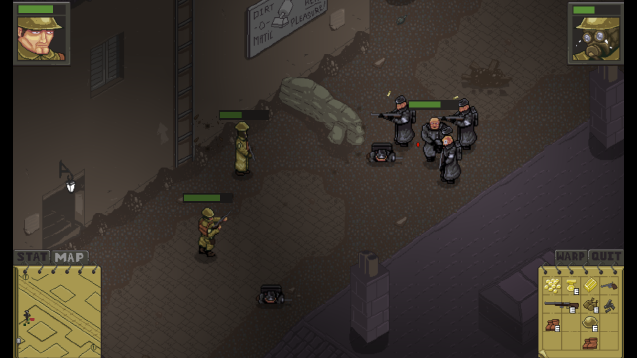 Super Trench AttackTM is a goofball twitch-shooter based on the folly of World War1, now available for Windows PC.

The Dastardly Black Army has invaded your homeland! The only thing between them and victory stands one man. A new recruit with a penchant for naked lady magazines and an eye for headshots. Enter the crazy world of Super Trench Attack.

The game features a unique targetting system for an isometric shooter, you´ll need to perform headshots as well as footshots if your to overcome the dastardly Black Army. The game has been in development for five years, and was made by one guy Paul Stephen-Davis.