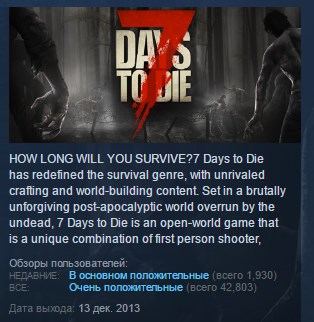 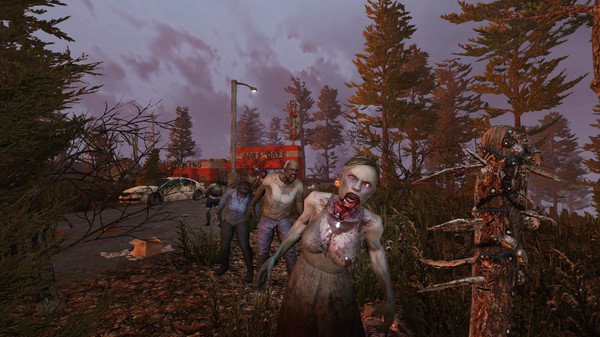 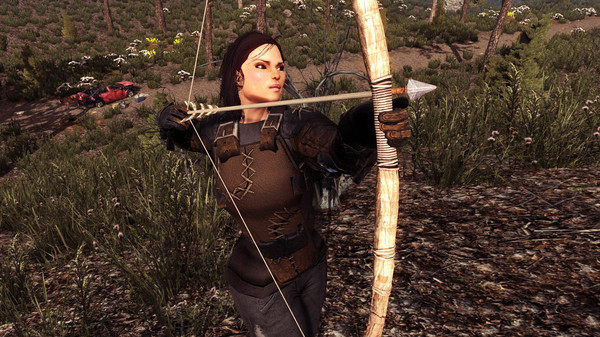 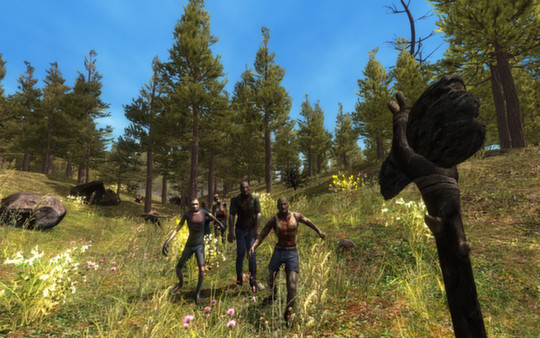 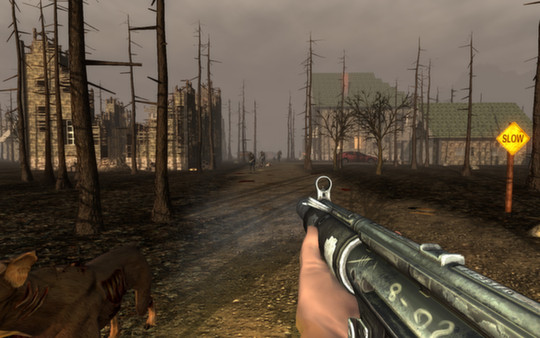 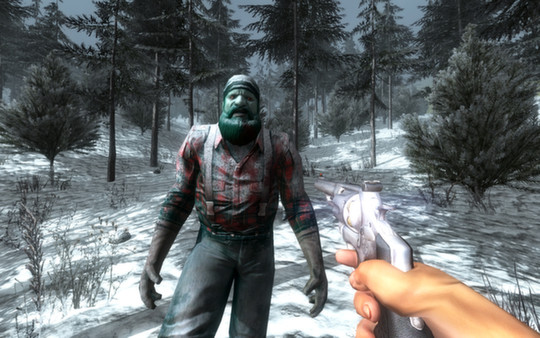 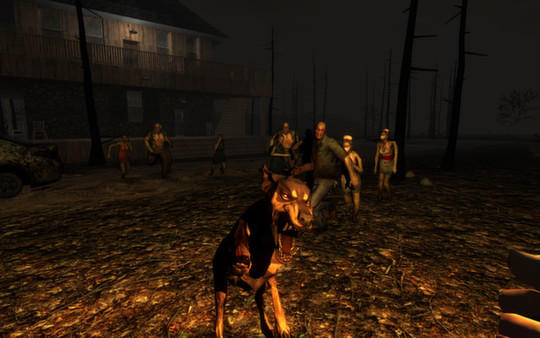 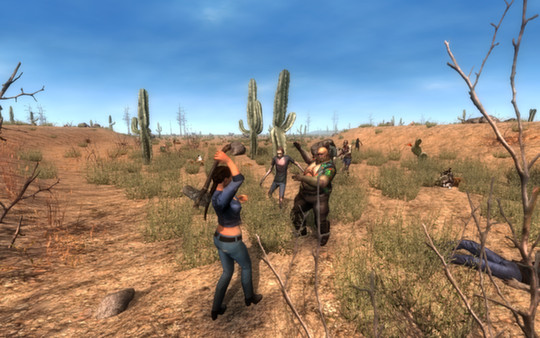 HOW LONG WILL YOU SURVIVE?
7 Days to Die has redefined the survival genre, with unrivaled crafting and world-building content. Set in a brutally unforgiving post-apocalyptic world overrun by the undead, 7 Days to Die is an open-world game that is a unique combination of first person shooter, survival horror, tower defense, and role-playing games. It presents combat, crafting, looting, mining, exploration, and character growth, in a way that has seen a rapturous response from fans worldwide. Play the definitive zombie survival sandbox RPG that came first. Navezgane awaits!
GAME FEATURES

Explore – Huge, unique and rich environments, offering the freedom to play the game any way you want with many unique biomes.
Craft – Craft and repair weapons, clothes, armor, tools, vehicles, and more with nearly 400 recipes.
Build – Take over a ruin, or build from the ground-up. Design your fortress to include traps and defensive positions to survive the undead - the world is fully destructible and moldable.

Cooperate or Compete – Work together cooperatively to build settlements or work against each other raiding other player’s bases, it’s really up to you in a wasteland where zombies and outlaws rule the land.

Create - Unleash your creativity and build the ultimate world by yourself or with friends. Enjoy unlimited access to nearly 400 in-game items and 1,200 unique building blocks in creative mode.

Improve – Increase your skills in a multitude of active and passive disciplines. 7 Days to Die is the only true survival RPG with nearly 50 multi-tiered skill and perk groups.

Choose – Play the Navezgane campaign world, or dive back in with friends in a randomly-generated world with cities, towns, lakes, mountains, valleys, roads, caves and wilderness locations. The possibilities are infinite with over 300 locations.
Combat – Encounter a wide variety zombie archetypes including special infected with unique behaviors and attacks.
Survive – Experience real hardcore survival mechanics with over 45 buff boosts/ailments along with dynamic cold and hot weather to contend with.
Destroy – Buildings and terrain formations can collapse under their own weight from structural damage or poor building design.
Loot – Scavenge the world for the best guns, weapons, tools, armor, clothing, and vehicle parts which have quality ranges which govern attributes to provide hundreds of thousands of item permutations.
Quest – Find dynamic treasure maps left by survivors and dig for real buried loot. Discover quest notes and complete them for rewards and skill points.

Customize – Create your own character or pick a preset and customize in-game even more with a huge selection of clothing and armor you can craft or loot in the world.
Drive – Enjoy the badass vehicle system where you find all the parts, learn all the recipes and craft and augment your own vehicle.
Farm or Hunt – Plant and grow gardens for sustainable resources or head out into the wilderness and hunt wild animals.

Activation
• You are required to copy the link to your Steam account and confirm that your Steam account region is Russia.
• We will add you as a friend and give you a paid game.
• You will see a window with the activation of the gift to the library, the game will remain with you forever.